Email. There is too much of it.

Every minute something like 200 million emails are sent. Day and night, billions of emails—big and small—ping from computer to computer. The average worker spends nearly one third of his time on email each week, sending and receiving 120+ per day. Business email is expected to grow from 108 billion emails sent and received per day in 2014 to 139 billion in 2018.

Like many people, I knew I had email overload. I knew that I was increasingly a slave to my inbox. I just didn’t have the clarity to really understand how bad it had become.

For my recent honeymoon, I decided I would take the longest break from email that I had ever taken: roughly two weeks (the previous record was probably not much more than 48 hours). As in, total email abstinence. I committed to myself and now-wife that I would take a complete break from all things email. I didn’t open it, I didn’t check it, I actually disconnected my accounts from my phone and my laptop.

In their place, I left a 2,000 word autoresponder where I laid out my reasoning: In the last decade I’ve received something like 150,000 emails. I’ve had anxiety attacks, I’ve interrupted meetings, parties, and major life events for the sake of supposedly urgent email intrusions.

I’ve always had some decent email rules and practices that have made me as effective and balanced as the workload made possible. For instance, I have two email addresses (one for direct communication and one for all my various social media accounts and anything that might send me alerts, subscriptions, etc) and only the important one is sent to my phone. Any non-essential or time sensitive email I receive is tagged and saved for later—usually on long flights when I have nothing to do (a great time to respond to reader and fan mail).

However, I also find that phone calls are the biggest interruption to my writing and work so I have always been a deliberately heavy user of email. I’d prefer you email me instead of call so I can deal with it on my own time. I don’t handle any business over text messages, preferring that people email me. The result is that I have become increasingly dependent on email for my business life—so much so that no productivity tool could keep it manageable.

This is why I so feared a complete and total break from my inbox. Even on the trip, there were times when the ritual nearly clicked on automatically. Open Chrome, click the Gmail tab, get lost in the work. A couple times a text from a friend or the need to pull something out of my inbox (a hotel recommendation, the name of a restaurant I wanted to try) tempted me, but even so, I fulfilled my pledge. I never broke.

And guess what? I was truly present and connected in a way that I do not recall having been for a very long time. This is no surprise of course, even though reading an email is just a minor distraction, research shows that it takes 23 minutes to return to focus.

On my return, I was able to look, with some perspective at just how big a role email had to play in my day to day existence. In two weeks of not checking, I received roughly 500 emails and another 500 non-critical emails in my other account where I receive things like alerts, subscriptions, and other communications. Number of emails I got from people commenting on my autoresponder? At least twenty, believe it or not.

As an inbox zero proponent, I imagined that returning to this inbox would resemble what it must have felt like to return home after Hurricane Katrina. The several feet of standing water, the disarray, the model and the sense that, the cleanup hadn’t yet started because things were still going wrong (I’ve gotten a few hundred emails since I’ve been back for example). Where do you start? Why is this all here? How will things ever go back to how they were before?

In fact, it was a little different. Though the email load was certainly overwhelming, my time away gave me a slightly different perspective.

First off, there was a lot less email than I expected. I would have guessed the number would be closer to 2,000, which goes to Tim Ferriss’s point that the amount of email we get is proportional to the amount of email we send. Of the 500, at least 25% of it was immediately deletable and I felt no compunction about it. Another 25% were things that took care of themselves–someone else answered, deadlines which expired and so forth. There were probably a dozen media, podcast or interview requests that I missed–that I would have been stressed about had I seen. Another large chunk were things I was able to easily take care in a batch when I sat back down the computer (I’ve got about 25 emails left to go through).

The solution to these emails is simple: Send less frivolous emails. Feel less urgency with the inbox because important issues have more clock than you think. Be ok missing out on some opportunities. And of course, take occasional email vacations to be reminded of these rules.

But there were a portion of what I saw that really did upset me. I thought I would be upset about missed opportunities or lost income. Instead I was upset at a lot of the seemingly banal but selfish emails that many people routinely sent. I get hot faced now, reading and absorbing some of the entitlement in them. Do this. Read that. Fill this out. Tell me what think about [something that could be easily found out for oneself] When is a good time for you to [give me your time for free]? I know that people don’t understand that this is what they are saying with their emails, but it is. It is what we do to each other. 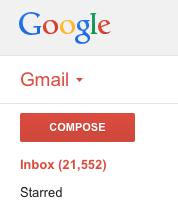 Without distance, we take these micro-impositions as normal—and worse, we honor and abide by them—instead of saying that painful word: No. Or better, saying nothing and not letting it get to us. Part of my fear of taking such a long break was that I would be unable to handle it. I feared the overdose that kills a relapsing addict, the one their body cannot handle precisely because they briefly flirted with sobriety.

That’s what’s in front of me now–not becoming immediately sucked back into it. As I said in my autoresponder, I plan to do things differently going forward—after I get caught up that is. Generally, I said,

I will be responding to fewer emails, I will be ignoring more crap, and I will be prioritizing my life more clearly so that I am working only on projects that I can fully bring my best to. Already, in the mornings, I don’t open my inbox until I’ve accomplished my most important tasks. This trend will continue aggressively until email is relegated to a more manageable role. One of the luxuries of success—at whatever small level I have achieved it—should be the ability to do things on your own terms. This will be one of mine—if it causes conflict or problems between us, I am sorry. Life is short, email is endless. One must choose.

There is a great passage from Marcus Aurelius, a man who although he lived before email I’m sure dealt with a voluminous correspondence.

“If you seek tranquility, do less.” Or (more accurately) do what’s essential–what the logos of a social being requires, and in the requisite way.

Which brings a double satisfaction: to do less, better.

Because most of what we say and do is not essential. If you can eliminate it, you’ll have more time, and more tranquility. Ask yourself at every moment, “Is this necessary?”

That’s what I need to remind myself of going forward. The last two weeks were some of the best of my life—and the fact that email could not interrupt or ruin them is a large part of the reason. But I also love my job, I love my work, I love the obligations that I feel as a person, as a writer, in my career.

What I don’t love–and how could anyone?–is the bureaucracy and bloat that’s been allowed to build up around it. No one gets anxious about the things they want to do, only that which comes before it or stands in the way of doing it.

That’s what email has become for me. And I’m ready for change.

The solution isn’t technical in my opinion. Though clearly there are some cool tools out there. The solution, like it is for all important problems, comes from within.

I Thought I Was Taking A Harmless Craigslist Freelance Gig, But It Got Weird Fast