Books are great, but they’re not the only medium to learn from. Documentaries can tell us about history and life just as well as any writer–in fact, as we see with Ken Burns, sometimes it takes an amazing writer teaming up with an amazing filmmaker to truly tell a story. But because either we got tired of them in school or would rather watch Seinfeld re-runs, many people missed out on some truly great and incisive documentaries. Don’t let the word documentary scare you, the films and shows I am recommending below are unparalleled in their entertainment value. Not all are serious either–I don’t believe something has to be boring to learn from.

Over the last few years, I’ve tried to sneak a documentary or two into my reading list email because I think that done right, watching a documentary is just as important as reading a book. Plus a lot of the best ones ever made are available to stream for free on Amazon or Netflix. So help your brain and try one of these out next time you find yourself sitting on the couch. You won’t regret it.

Also I checked, there’s a lot more than 5 documentaries here. But I didn’t want to scare anyone away.

Fog of War and The Unknown Known 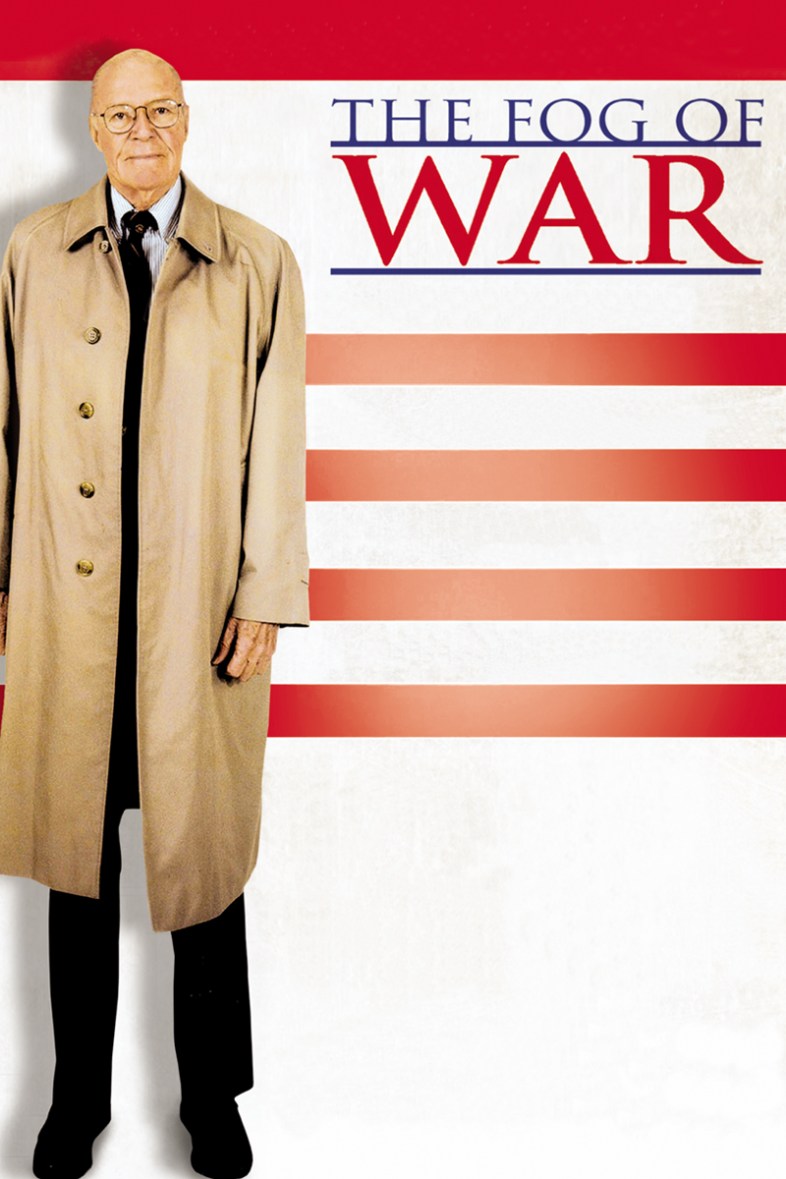 At the end of his documentary Morris asks Rumsfeld a pointed question: Why are you doing this? Why are you even talking to me? It’s a good question because both of Morris’ documentaries on power, war and politics are mind blowing precisely because of the access and honesty he got from his two subjects. They show you a totally different picture of Robert McNamara and Donald Rumsfeld that anyone had ever seen before. Why they allowed it is a question for the ages, but we’re so glad they did. Both documentaries show you both how complicated and how human global power and politics are. When you finish it’s hard to see conspiracy or evil in either man or in Iraq or Vietnam, just human error–and in many cases, good intentions. Morris is a superb interviewer and documentarian and you’ll leave either film wiser and more cautious. These documentaries are must-sees. 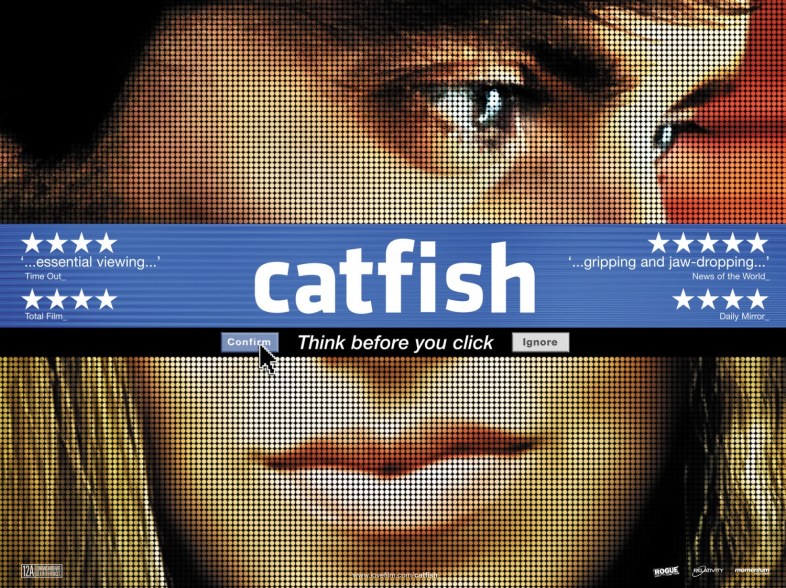 Start with the documentary and then move to the TV show. I know this doesn’t seem like the most intellectual fare and some people doubt the authenticity of the movie, but I think it is a revealing look inside a generation and a culture. If you’ve never heard the term, “catfish” refers to fake or deceitful online relationships in which one or both participants lies about their identity. In almost every instance of Catfishing it comes down to the same thing: someone with low self-esteem but strong entitlements and a desire to be loved allows themselves to be deceived because it’s easier than facing reality. I am continually impressed with the empathy and understanding that Nev and Max, the hosts, extend to the subjects. I imagine this is because we’re all guilty of similar tendencies–we all suspend disbelief, we all want to be loved, we all have generous self-images and of our “league” so to speak. Good art shows us a part of ourselves and our peers–this documentary does that. If you need something slightly more serious but with similar effect, basically any episode of Intervention will do.

It would have been easy to make a list of lifechanging documentaries and fill it exclusively with stuff from Ken Burns. His 10+ hours on the Civil War is excellent. His multi-part series on WWII is excellent. His documentaries on the building of the Brooklyn Bridge, the Statue of Liberty, the invention of radio, about Jack Johnson, on Jazz, are all great. His most recent series on the Roosevelts give you a new understanding of the most important family of the 19th and 20th century. Even his 12+ hours on the national parks system is worth watching in its entirety. His lesser known–and stylistic departure–documentary on a group of disabled boys who learn the Gettysburg Address will give you chills. It’s also important to give credit where credit is due. Ken Burns’ producing partner Geoffrey Ward is brilliant as a speaker and a writer. They are an epic filmmaking team and you should consume as much of their work as humanly possible. As entertaining as their stuff is, I consider it to be as educational and important as anything I ever learned in school or in a book.

Remember that famous viral video about the guy screaming and cursing during a Winnebago commercial in the 80s? The video is hilarious, sure. You probably didn’t know that there is a full documentary about the guy and it’s riveting. It’s not exploitative, in fact, I found the director to be incredibly sympathetic and understanding of his subject. Jack Rebney is a man who clearly suffers from major anger issues, who has had to retreat from society almost entirely because of it. Yet, he’s not some crazy person. He’s a man who had a bad moment (in fact we find out that he’d been deliberately provoked by one of the assistants on set) and had run from it instead of processing it. This movie isn’t going to change your life or anything, but it is immensely entertaining and compelling. 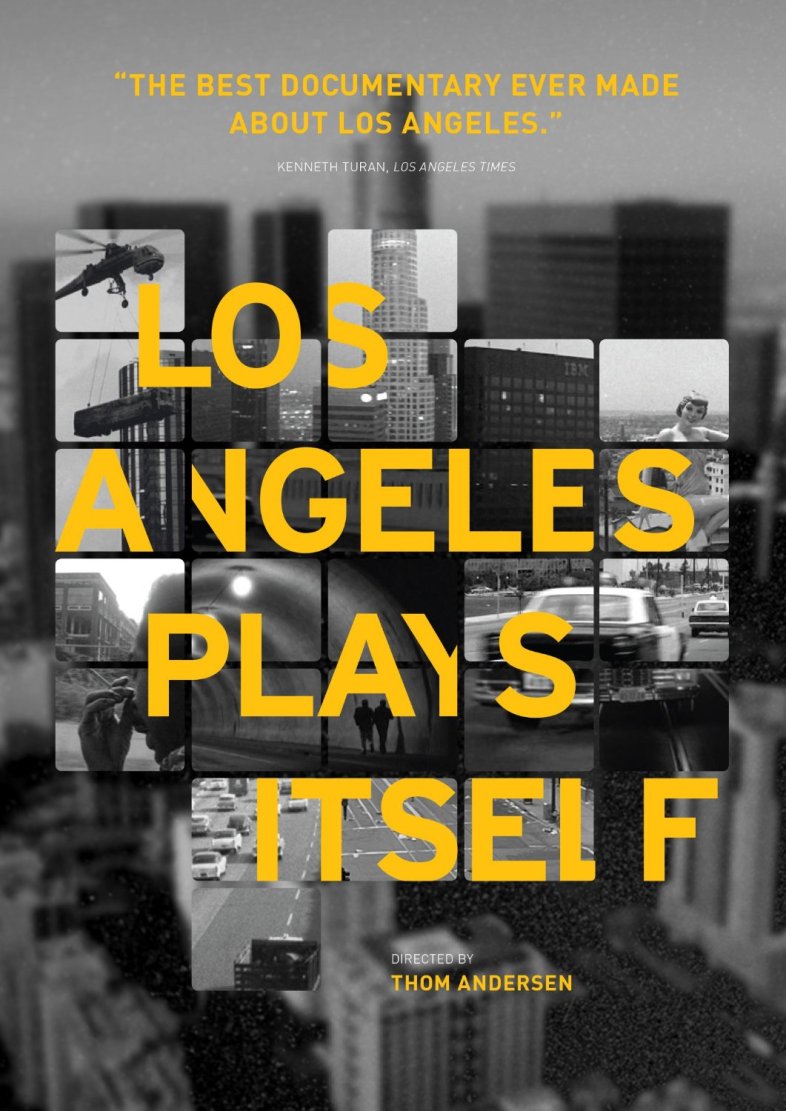 This is one of my favorite documentaries because it should be boring. The premise: A look at the city of Los Angeles as it has been portrayed in movies over the last one hundred years…narrated by a professor. For years it was never able to be released because of rights issues, so it existed entirely as an underground sensation. But now its available and it will totally change how you see LA. (note: a criminally underrated city) It’s difficult to describe this movie, which is so low energy, so methodical and seemingly about something as mundane as film history and architecture but it is in fact, utterly compelling and watchable. Just check it out, you won’t regret it.

The Kid Stays In The Picture is a fascinating look at the fascinating movie producer Robert Evans. It’s also very cooly produced–movement and effects are added to the classic black and white photos to keep the footage interesting. The Century of the Self is a fascinating documentary series about Sigmund Freud and his nephew Edward Bernays, the man who invented public relations. Bigger Stronger Faster* is a great documentary about sports and steroids. The more recent take on this topic, The Armstrong Lie, is also provocative and watchable. With the news of Harper Lee’s new book, I suggest the documentary Hey Boo. You might also like the recent Salinger documentary though it is a little sensational. CNN’s documentary Blackfish is good, though not as good as The Cove. The Josh Brolin narrated documentary The Tillman Story is important. The rating controversy around that movie also spurred me to watch This Film Is Not Yet Rated, and I recommend that one too. Oh and Bo Jackson’s 30 for 30 ESPN documentary is without peer.

I know there are a million that I am missing, either because I forgot or haven’t watched them yet. Please please help me correct this mistake by including some of your favorites at the bottom.

Also, if you like any of these documentaries, don’t stop there. Many are based on excellent books–so check those out too.