Report This Article
What is the issue?
We mistakenly believe the icons we celebrate from history were exceptionally talented or gifted. Instead, their success came from timeless philosophical principles which allowed them to overcome tremendous adversity as well as everyday problems. Here now is their timeless wisdom distilled into thirty quotes from the The Obstacle Is The Way by Ryan Holiday.

What such a man needs is not courage but nerve control, cool headedness. This he can get only by practice.

Would you have a great empire? Rule over yourself.

Don’t let the force of an impression when it first hit you knock you off your feet; just say to it: Hold on a moment; let me see who you are and what you represent. Let me put you to the test.

Man does not simply exist but always decides what his existence will be, what he will become the next moment. By the same token, every human being has the freedom to change at any instant.

In life our first job is this, to divide and distinguish things into two categories: externals I cannot control, but the choices I make with regard to them I do control. Where will I find good and bad? In me, in my choices.

The trick to forgetting the big picture is to look at everything close up.

Genius is the ability to put into effect what is in your mind. There’s no other definition of it.

A good person dyes events with his own color . . . and turns whatever happens to his own benefit.

Then imitate the action of the tiger; stiffen the sinews, summon up the blood.

We must all either wear out or rust out, every one of us. My choice is to wear out.

He says the best way out is always through And I agree to that, or in so far

As I can see no way out but through.

What is defeat? Nothing but education; nothing but the first steps to something better.

the tangle and the straight path are the same.

The cucumber is bitter? Then throw it out.

There are brambles in the path? Then go around. That’s all you need to know.

the unforeseen sees nothing, for the known way

Wise men are able to make a fitting use even of their enmities.

When jarred, unavoidably, by circumstance revert at once

to yourself and don’t lose the rhythm more than you can help. You’ll have a better grasp of harmony if you keep going

The best men are not those who have waited for chances but who have taken them; besieged chance, conquered the chance, and made chance the servitor.

In the meantime, cling tooth and nail to the following rule: not to give in to adversity, not to trust prosperity, and always take full note of fortune’s habit of behaving just

If thy faint in the day of adversity, thy strength is small.

Offer a guarantee and disaster threatens.

—ANCIENT INSCRIPTION AT THE ORACLE OF DELPHI

My formula for greatness in a human being is amor fati: that one wants nothing to be different, not forward,

not backward, not in all eternity. Not merely bear what is necessary, still less conceal it…but love it.

A man’s job is to make the world a better to place to live in, so far as he is able—always remembering the results will be infinitesimal—and to attend to his own soul.

When a man knows he is to be hanged in a fortnight, it concentrates his mind wonderfully.

Live on in your blessings, your destiny’s been won. But ours calls us on from one ordeal to the next.

To be a philosopher is not merely to have subtle thoughts, nor even to found a school…it is to solve some of the problems of life, not only theoretically, but practically. 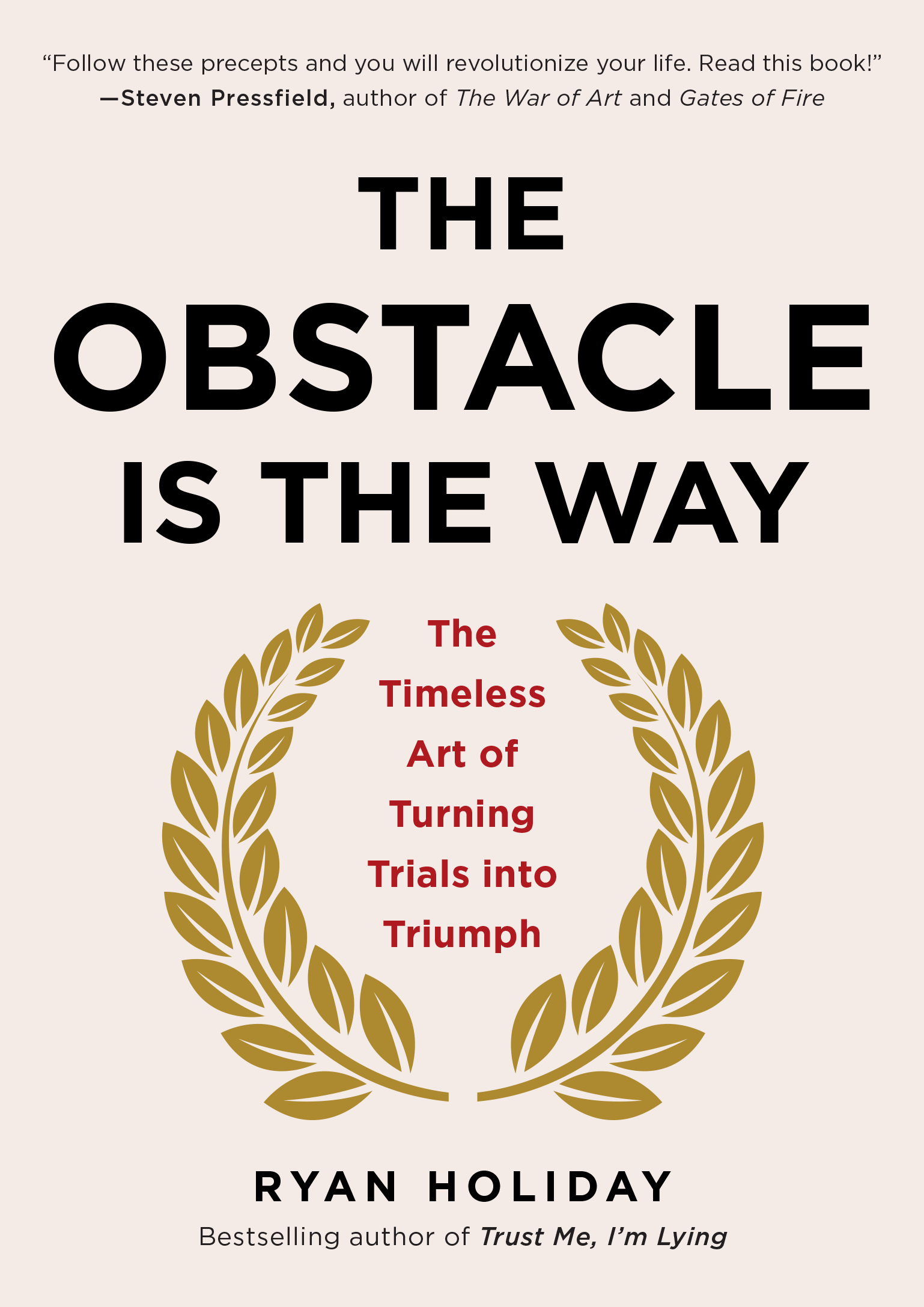