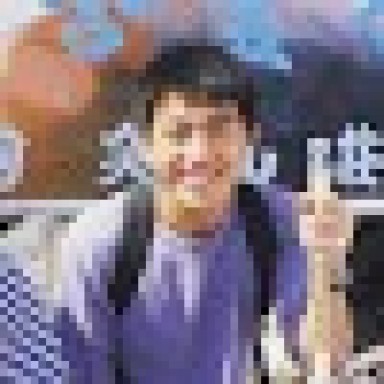 What happens to a city after a battle or tragedy, after the dust settles? Right now, I’m thinking about how cities that were absolutely destroyed by carnage — Berlin, Stalingrad, Hiroshima—recovered.

In the summer of 2017, I went to Hiroshima to visit for a day while I was working in a chemistry lab in Japan. I went through a lot of memorials and sites that were destroyed by the fateful nuclear bomb dropped on August 6, 1945.

I remember going to the Hiroshima Peace Memorial Museum and one scene stuck out to me more than any other: a picture of a crowd of people, only a few days after the bomb dropped, going to the movie theater. Completely surrounded by debris and close to the epicenter of the bomb, Hiroshima citizens still laughed as they went to the movies.

Sure, I saw a lot of other more serious and very jarring photos of radiation poisoning, destroyed buildings, death, and a very difficult and sad life after the bomb dropped, but the photo of people going about life like it was normal, going to the movies, with the majority of people smiling — that really struck out to me.

I was expecting people to react to a disaster with all sadness and grief, with no room whatsoever for joy. Well, I was wrong.

When I went to Hiroshima, it was one of the most beautiful cities I’ve ever seen, with gardens and greenery lusher than any city I’ve ever been to. It was a city marred by tragedy, but also a city that recovered. People in Hiroshima believed a rumor that nothing would grow in the city for 75 years, and yet red canna flowers became the first to bloom from the rubble. Hiroshima residents who evacuated came back, and the city started a long journey to recovery — within eight months, kids went back to school.

Hiroshima rose from the ruins. With even the worst of tragedies, Hiroshima citizens that survived went on with their lives and rebuilt their cities.

How did other cities recover after major tragedies and battles? Linda Poon at CityLab examines six cities that have risen from ruins as an example for what could happen to Aleppo after the Syrian Civil War.

“Ruined cities don’t stay wastelands forever,” she writes. “Cities have bounced back, rebuilt from the ground up, and [been] reborn as symbols of modernity and peace.”

Poon cites the Great Chicago Fire of 1871, when a fire destroyed 17,500 buildings, killed about 300 people, and displaced about 90,000 residents. But even before architects and engineers completed their plans, the city started making new building requirements and became eager to build. Chicago went through a “Great Rebuilding” period, and the city built the world’s first skyscraper within 20 years and became a major economic and transportation hub.

She also notes San Francisco’s recovery after the Great Earthquake of 1906. The 7.8 magnitude earthquake almost destroyed the city, but rebuilding happened very, very quickly. Plumbers were already fixing water pipes and sewers, and able-bodied residents worked to clear the rubble. Banks reopened within six weeks, and railroad tracks were rebuilt within months.

Of course, cities not only recovered after earthquakes and natural disasters but wars as well. Warsaw, the capital of Poland, found itself razed by the Nazis after the Warsaw Uprising left 20,000 Nazi soldiers dead. The Varsovians (residents of Warsaw) used its own rubble in the reconstruction process , with local people clearing large amounts of debris. When that wasn’t enough, the city imported materials from other cities ravaged by World War II, and the city rebuilt itself from paintings from Venetian painter Bernardo Bellotto, who painted the landscape of Warsaw for the King of Poland.

Warsaw, San Francisco, Chicago, and Hiroshima all recovered and rebuilt themselves from the ruins and ashes. What lessons do these cities teach us today?

Well, I like to look at the rebuilding of Hiroshima, especially from my personal life — life goes on. It doesn’t matter how bad an event was or how horrible death in the family or accident has left you — life still goes on.

There were a lot of images in Hiroshima that could have stuck out to me. I saw a lot of pictures and videos of people marred by radiation poisoning with graphic descriptions of extreme suffering and pain.

Why was it that seeing people go to the movies a couple of days after a nuclear bomb dropped ended up being the most memorable picture of my time in Hiroshima?

I will remember that, especially in these tumultuous times, as we reckon with not only a pandemic but a whole nation’s reckoning with police brutality and institutional racism.

No, I’m no expert on public health or institutional racism, but I do serve a community that also reckoned with police brutality five years ago, in 2015, after the death of Freddie Gray. My churchgoers tell me that in the aftermath, the media treated West Baltimore like rural, working-class America during the peak of the 2016 election cycle. Cameras were everywhere. Outsiders wanted to start nonprofits. A lot of people came into the community to help.

A month later, the cameras and most of the nonprofits were gone. The sentiment among my church members, who congregate two blocks away from where Freddie Gray was arrested, was, “Where were these people before the uprising? Where are they now?” Regardless of anyone’s politics, the answer is that they are nowhere to be found, and the media’s attention went elsewhere, and while that can be a cause for cynicism, it also shows that, for the most part, communities have to rebuild and restore themselves.

As individuals, we also can’t rely on others for our salvation. No one can save us besides God and ourselves by extension. I have always been someone who had to ask for 100 people’s opinions to make a big decision. Why can’t I just make decisions on my own? Because I didn’t trust myself and my judgment, but also because I was too reliant on the perspectives and opinions of others.

Regardless, despite how our lives or our cities can be brought to ruins, life still goes on, and we still have to keep living and surviving even after tragedies strike, as people and communities. My analysis of how Warsaw, Chicago, San Francisco, and Hiroshima recovered after these tragedies is a bit of an oversimplification — they did not rebuild themselves overnight. It took years, maybe even decades, for them to be completely restored, and even now, all of these cities are still developing.

Restoration is never complete; it just goes in new directions. And so I want to know that for myself, too—to remind myself that as people, we don’t change. We grow, carrying every piece of us—the good, bad, and ugly—to rebuild ourselves.

First, we must acknowledge that life goes on no matter what tragedy strikes; in our own personal ways, we can still, like the residents of Hiroshima, go to the movies.

I write on Medium -- discovered the work of Brianna Wiest here.

How Shadow Work Can Help You On Your Spiritual Journey