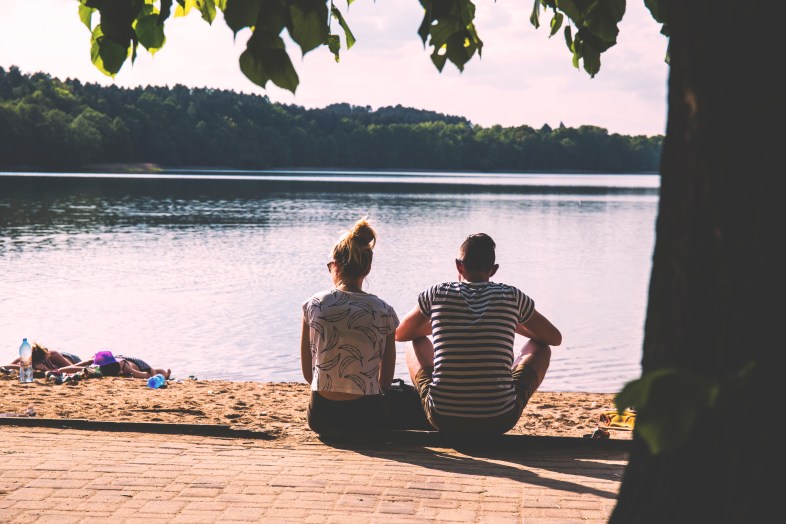 We grew close, grew up and grew apart all in the space of two years. It was meant to be forever.

I met him at Uni on my very first day, a bad boy on the straight and narrow. I was both intrigued and annoyed at his presence. His cool calm manner starkly contrasted my fiery & fiesta persona. The story of our short-lived relationship unraveled pages of two glorious summers, filled with feeling bless and endless gentle sin. It was undeniable that we fit together like pieces of a jigsaw puzzle. Only as time went by it became apparent that we were both a tiny part of two completely different bigger pictures.

We didn’t always see eye to eye and the bickering became more and more frequent. I couldn’t stand the sight of him yet I didn’t want to look away. Eventually we went from talking every day to having almost days and then weeks go by without contact. I was proud; he was bored. My arrogance insisted that I was giving him time to miss me.

He would come back. He was lucky to have me. Anyone would be.

He didn’t come back.

Almost two months of on and off text messaging later, he finally called. My heart sang, he missed me! We talked amicably and the once lost quick wit and cheeky exchanges began to return in our conversation; then he accidentally mentioned he was going away. My heart sank, he didn’t miss me.

In the two months we hadn’t really talked, he had made the decision to book a flight to Morocco to find himself a wife. Something he had already attempted once before prior to meeting me but to no avail. He returned to the UK and decided to go back to uni before attempting to settle down again.

“I’ve got so much to do at the moment, especially because I’m going away..er…how’s your new job going?”

“Where are you going?”

Hanging up the phone, I could hear my heartbeat pounding in my ears. The thunderous beat of defeat. My breathing matched this erratic rhythm whilst all the emotions flashed through my mind. Despite boiling up with anger, I managed to barricade it all in.

Strangely, the tears didn’t come and neither did closure.

Two days later he called again. This time he had boarded the flight ready for take off. “I love you. I love you so much” he whispered into the phone whilst sitting beside his stern and starchy father. “Then don’t go” I pleaded but it was too late.

A month later I stood in my office and my phone rang. Unknown number, but I knew. I answered it without a second thought and the relief of hearing his voice again swept over me. His husky tones traveled down the phone and straight down my spine. All those weeks of feeling lost and suddenly with just a  few words I had been found.

We spoke like nothing had changed, we laughed and reminisced for an hour and then with only the tiniest hint of sadness he said

“Because I got married.”

This time the barricade broke and the tears wouldn’t stop. My knees gave way and I collapsed on the floor of my office, sobbing into my hands. The entire journey home that day was a blur. Still, I knew I had to be strong, I had to think about myself  because he and all subsequent thoughts of him belonged to someone else now.

I wish I could say this was the end. I wish I had the courage to even look at the one photo I kept of us.

I like to tell myself that I wasn’t really in love with you but even on the months I forget to pay my bills, I still remember to check your horoscope.