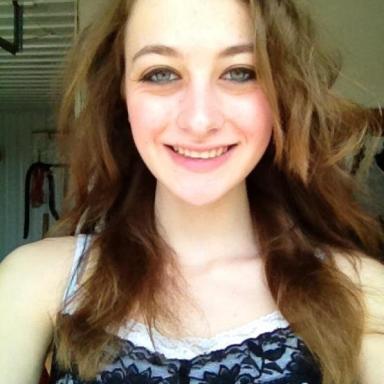 Let me pose a question to all of you: if you had a magic lamp housing a genie willing to grant you three wishes, what would you wish for? Money? A long life? A bright red convertible? Something like that, right?

To be honest, I’d never given the question much thought. I don’t like thinking about useless questions. I just don’t buy into the whole “self-discovery” nonsense. Why the fuck would I want to discover someone I’ve spent my whole life with? Yeah, hard pass.

See, but then a new store opened up in town, a kind of antique place. That’s what it was marketed as, anyway. In reality, it was just a bunch of old junk. Shit that nobody would want. Keys that belong to locks that don’t exist anymore. Dolls with broken limbs and missing eyes. Records shattered to pieces and glued back together.

The girl I was dating at the time – a blonde chick with huge tits and her head in the clouds – insisted that it was like a slice of the past or something. I don’t know, I didn’t like her much, but she was a great fuck. Anyway, she dragged me along and insisted that I find something to take home.

So, while she was looking at some old jewelry, wondering how its wearer had died, I plucked some brass container off a shelf to make her happy. It kind of looked like a perfume bottle to me, with fancy handles and swirls and shit. It probably looked nice, you know, back in the 1800s. Now it was a piece of trash. Still, it was only fifty cents. She bought a gaudy necklace, I bought the lamp, and we made our way to my apartment.

I threw it on a shelf and didn’t look at it until a few weeks later, after I’d had enough and kicked her out of my life. She was a good lay but god did she talk too much.

Anyway, I thought about just throwing the brass container away but, then again, I’d already bought it so what’s the sense in letting it go to waste? It was dirty and smudged, but I thought if I cleaned it up a bit, it might look… niche?

So, I polished it. I used an old can of shoeshine and got to work. By the time I was done, it looked pretty fucking great, if I do say so myself. I decided to keep my weed in it. Cops would never look in something like that for weed, right?

Contrary to all the fairytales and Disney movies, nothing actually happened at first. I put the lamp back on the shelf, played some video games, eventually fell asleep in front of the TV. Same old, same old.

But then, around 3 am, I woke up to something glowing. My first thought was that something radioactive had slithered its way into my apartment and I was going to end up with wicked cool but tragically overburdening superpowers. Then, of course, I stopped being a fucking moron and switched on the lights.

There was someone in my living room, staring at me. He was an ugly little fuck, with beady little eyes and a fat face. It actually looked like his skin would just slough off his face, that’s how fat he was. His belly pooched out and hung low, kind of like an old lady’s tits. But he had long, lean legs and arms. I guessed that, if he were to stand, he’d be at least eight feet tall. He was also breathing noisily through his mouth, which I hate.

I kind of just looked at him for a few moments, during which time he stared right back at me. He seemed to be giving me a kind of look of disgust, which pissed me off because he was the disgusting one here – with his tiny eyes and stretched-out mouth and squished-up nose.

Neither of us spoke, which wasn’t getting us anywhere, so I decided to break the silence.“So, yeah, who the fuck are you?”

Rona Vaselaar is a graduate from the University of Notre Dame and currently attending Johns Hopkins as a graduate student.