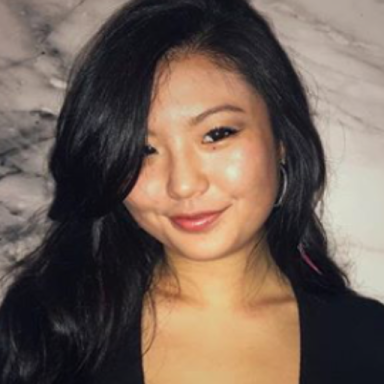 In lieu of the Atlanta shootings, I felt like I needed to tell my story. This actually isn’t something I’ve thought about in years. Probably a decade. I’ve assimilated quite well within the white community. Credit goes to when I was younger. I moved around so much because my mom was busy redoing her MD and had to do residency and fellowship. She always tried to find the best public schools for me. Read: white. As the only Asian, and since I didn’t have parents around to teach me how to be a human in society, all I had to go on was my white companions. I cursed myself for being so different. I’m sure all children of immigrants know that moment when you open your lunchbox and it smells up the whole cafeteria. I couldn’t handle that. I couldn’t handle being made fun of. I already moved around so much and lost so many friends. I just wanted people to like me. So what’s an eight year old to do? Assimilate.

Lunchables in hand, I started to get used to the video games, Harry Potter books, pizza parties, Disney Channel, whatever the white people loved. By the time I was in high school people would joke, “You’re not really asian, you’re the whitest person I’ve ever met!” I took this as the biggest compliment. I didn’t want to be different. I didn’t want to be ostracized.

I never fully got rid of this internalized racism. I didn’t think I could be beautiful, and I didn’t think I deserved love. I know, I’m SO dramatic. The epidemic of racism in this country doesn’t stop at shouting slurs and blatant discrimination. I never saw anyone like me when I was growing up. Not on TV, not in person, not around me. The people I did see were gawked at, their culture made to look like some big celebration, emphasizing the fact that they were so different (hello Wendy Wu, Homecoming Warrior). In retrospect, I do believe this was a huge part of my trauma. The white models in magazines and mainstream media told me what I had to look like. I overcompensated a lot when I was growing up, acting like this Paris Hilton ditzy airhead (because I grew up and the 2000s, duh, and that’s what was hot). Being different is never fun when you’re around teenagers. I resented my parents for giving me this life. I would scream at my mom every day, wailing and wailing about how I hated the way I looked. I would pull out strands of my thick dark hair so it would look like thin blonde girl hair. But all the VS Pink and Abercrombie in the world couldn’t change who I was, and that’s what I hated the most.

As I began learning about anthropology, I started to appreciate differences in cultures. Maybe not my own, but I could see the beauty in others. My interest in gastronomy piqued my rediscovery for Chinese food. It’s so different and beautiful. Sichuan peppers, night markets of Beijing, savory goodness, and the decades of oppression that makes my story so important. I’m connecting with my culture again. In the midst of the surge in violence against Asian American in this country I’m starting to appreciate how I have a heritage. How I can tell people about my identity. The newer generation of “Silicon Valley Asians” (for lack of a better term) are changing the way we think, making our food, our clothing, our talent, and our skills popular. Our parents used to be teased for being FOBs, but this generation is prancing off the boat with a ferocious pride, and I so appreciate them for that. This comes with a price of fetishization and the question “Where are you REALLY from?”, but that’s exactly what putting myself out there fights. I’m quite happy that I have a history to adhere to. Many people don’t, and I won’t say it makes them boring, but it definitely makes my story more interesting. And I’m proud of that.

I’ve learned to be spicy, just like my food.

Welcome to my public private thoughts. Enter at your own risk.