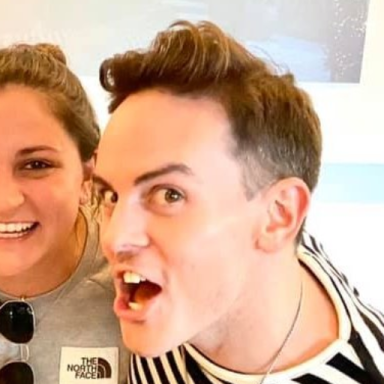 It’s as if it happened overnight. When I was in high school growing up in a nearly one-stoplight town in Central Texas, there was only a single out gay boy amongst us. There were no t-shirts worn that said EQUALITY in bold rainbow-colored letters. Students hadn’t formed queer alliances that met in the cafeteria on Friday mornings around stale donuts and orange juice to talk about their experiences as queer youth yet.

In the years since I left high school, graduated college in Austin and moved to Los Angeles, the nation has witnessed a shift in their cultural views of gay people. I think a major pivot point came around 2010. News stories of teenage suicide from bullying cropped up in places like Indiana and Texas and other parts of the midwest. Many of them were queer. Ellen Degeneres famously spoke out about this issue is one of grave importance to the American people. And they listened.

Then I remember when Obama came out in support of gay marriage. I was sitting in my car on my lunch break at work, listening to NPR parked on a rooftop garage in Century City. Obama told Robin Roberts gay and lesbian Americans should be treated “fairly” and “equally,” which sent me into a tizzy of tears that I’ll never forget. He was on our side – the first president to champion our lives.

Since then, marriage became legal, trans representation is on the rise, and despite the cultural changes that came with the new administration (I’m looking at you trans military ban), nobody really cares anymore if you tell someone you’re a homo. Our collective cultural footprint has been cemented.

Despite these cultural and political changes that have taken place at lightning speed in our favor, there’s another narrative being told through the lives of many gay men in places around the world. “Gay men everywhere, at every age, have higher rates of cardiovascular disease, cancer, incontinence, erectile dysfunction, allergies, and asthma,” explains Travis Salway, a researcher with the British Columbia Center for Disease Control in Vancouver, as reported in Highline. “You name it, we got it.”

In addition to these health issues, LGBT men and women are at increased risk of substance abuse disorders. If you go to just about any party, dance club, rave or bar where gay men gather to socialize, you’ll encounter a litany of drugs and free-flowing alcohol. A 2015 National Institute on Drug Abuse survey found that LGB individuals were twice as likely as heterosexual adults to have used any illicit drug in the past year, nearly a third used marijuana (compared to 12.9 percent for heterosexuals), and 1 in 10 misused prescription pain relievers (4.5 percent for heterosexuals). Mental health isn’t much better and we have some of the highest rates of suicide in our community.

I remember when I was in college, struggling with my sexuality and not yet out of the closet. I thought, “If I just come out, all my problems will be solved.” The closet can be lonely and isolating and beyond its trappings was freedom. Once I was out, I would live the best version of my life. No secrets. No hiding.

Coming out was the biggest hurdle in my life at the time, and I truly believed all of my problems would be solved once it happened. And yet, in the years since coming out in my early twenties, the liberating feeling I once felt has faded, and I admit to struggling with many of these issues: loneliness, depression, substance abuse, and alcohol. In recent years, I’ve wondered – if life is so great outside the closet, why am I not happy?

The explanation touted by researchers for these issues affecting gay men is the stain of homophobia, cultural indifference, and early emotional trauma. However, these contributors aren’t the only culprits found in the data. In fact, Salway, a Canadian, found that more gay men were dying from suicide than from AIDS, and had been for years, in his native country.

So what explains the tendency toward drugs and alcohol, addiction, suicide, and other mental health trauma? Alan Downs, a clinical psychologist who wrote The Velvet Rage, explores the psychological terrain of a gay man in the twenty-first century in an attempt to provide an answer.

In his book, Downs culls years of research with gay clients, finding that the tormented young gay man grows up to be hyper-aware of himself and his place in the world. Years of overcompensating, attempting to fit in and assimilate to straight culture trains gay men to learn negative ways of seeking out what he terms as “authentic validation.”

“If I accumulate this” or “just achieve this status” then I’ll find fulfillment. All this compounded by the pressing weight of shame. The shame narrative tells the struggling gay man that he’s not natural, not right in the eyes of a heterosexual society. This narrative plays on loop, driving self-destructive behaviors.

I think Downs is onto something. I remember when I was in school struggling with the secret about my sexuality. I thought if I was the best student, made straight A’s and was the class favorite, I’d prove to my parents, friends, and community that I was enough. I put on a cloak of perfection so that no one would ever discover my secret. In doing so, I learned to overcompensate to receive the love and approval from my parents that I so desperately wanted.

Then in college, it got worse. I had my first same-sex sexual experience and immediately after felt shame and regret. I rushed back to my dorm, threw up in the toilet and got in the shower to wash away the gay. I never spoke to that person again.

It took me a few years to summon the courage to even look at a boy in a romantic way after that experience. I started my first gay relationship when I was twenty-four, and we didn’t have sex the first month we were together. This wasn’t because I didn’t want to, but because I thought if we did I would feel the rush of shame that I did in college and relive that past trauma.

I think back on these kinds of experiences that shaped my upbringing and realize it’s no wonder dating and relationships in the gay community is so hard. The rise of dating and hookup apps in the digital age brings its own set of challenges. Anonymity on these apps feeds the catty beast, in which gay men may act in racist, bigoted and homophobic ways toward their own kind.

I’ve come to realize, through my own experiences and interactions with gay friends both home and abroad, that these kinds of gay men do so out of their own hatred directed at themselves and internalized homophobia seeded at an early age. Much the same way I wanted to scrub myself clean of this supposed gay affliction, many gay men put up walls of denial to cope with coming to terms with their identity. The problem is these behaviors cut deep, creating wounds that start a cycle of fear, shame, and suffering for many in our community.

If these kinds of issues are built into the gay man’s experience, how do we find a way forward, where happy and healthy gay men live productive lives just like their straight counterparts? Downs argues that it starts with learning and embracing “authentic validation,” a term he coined to mean that love and belonging comes from within ourselves when we embrace who we are. Drugs, multiple sexual partners, fabulous houses and cars, extravagant vacations and parties may provide fun and needed distraction, but authenticity is absent from their DNA.

The authentic gay person, Downs argues, must learn that rejection, disappointment and invalidation are natural parts of the human experience. I recall in my early days of dating, every time I didn’t get a text back or was ignored or blocked on social media from a guy, I turned it on myself and thought it was my fault. This negative narrative in my head would then feed my perfectionist monster – the one I learned in high school to prove to my family and friends I was good enough for them – opening the door to destructive behaviors.

In time, through thoughtful meditation, counseling, writing in my journal and funneling my angst into fun activities, I began to embrace disappointment, rejection and invalidation as natural parts of my dating life. When the date went bad, I simply laid it to rest and moved on. I wasn’t to blame. The same goes for relationships with family and friends, careers and all the intricacies of life. This was something I had to learn for myself and practice with each step forward.

Maybe life outside the closet isn’t so bad. In the same manner a person who comes out of recovery must reorient their life toward sobriety and fulfillment beyond drugs and alcohol, gay men are challenged to learn new ways of living. Our past is behind us and the future is bright. As a community, we must bring down our walls, stop the infighting, and embrace our place in the larger American tapestry as essential, vital and a part of history.

I sold 3000 sandwiches and bought my first car with the money.