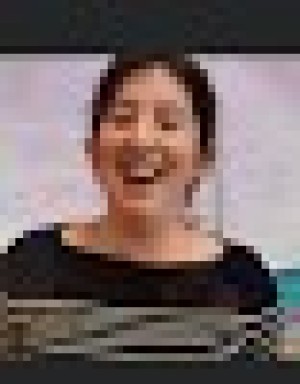 “I don’t think this is good for either of us anymore.”

An hour before, my friend texted me a screenshot of a message he sent to her friend on Tinder.

“Don’t you work with this guy?” the girl asked.

My friend told her, “Do not go out with him. He’s dating my friend.”

I sent him a screenshot of the texts. He told me he was coming over. We needed to talk. I waited in bed, my anxiety causing equal parts adrenaline and nausea to roll through my body like waves.

When he showed up, he sat on my couch. We had this conversation many times before, but something was different. He wasn’t holding my hands. He wasn’t apologizing for hurting me. He wasn’t telling me he didn’t want to lose me. He seemed resolute in a decision I hadn’t known he was ready to make.

Each word was a sucker punch. A paper cut.

“I’m not ready for this to end, though,” I said, my final effort before the knockout.

“It hasn’t been working for a while.” He seemed here but not, like something was waiting for him elsewhere. He left soon after, claiming he and his band had a gig. I was left in my apartment alone with my wounds. I always wondered how it would end. I finally had my answer.

I always associated love with emotional pain. Throughout our two years together, my feelings for him were the kind of love I recognized. I lived in a world somewhere between butterflies and agony.

Our relationship is best exemplified by a memory of a trip we took to Spain. We spent four days driving up the Northwest coast. The days and nights we spent together were romantic. We walked arm in arm through the cobblestone streets of Santiago de Compostela. On our drive back to the hotel, we stopped at a fiesta and danced in a field, drinking vodka mixed with orange soda until the sun rose. We ate dinner on the porch of a tiny seafood restaurant in what felt like the smallest corner of the world. We pretended to be in love.

But there were the other parts. Initially, I wasn’t sure if he’d show up on the day and time we agreed upon to meet. I was relieved when he did, but as soon as we got in the car, he told me he hadn’t made any hotel reservations. My panic attacks had gotten so severe that he took me to a clinic to get medicine. The final night of our trip, he told me how, a few years prior, he brought his ex-girlfriend to the restaurant where we were eating.

“Be with me here now, not in the past with her,” I said as I drank my third glass of wine in an effort to wash her away.

The next morning, he drove me to the rundown train station. I was sad. I felt like I ruined our last night together. He was silent. I kept asking him if everything was okay. He kept assuring me he was just tired. I didn’t believe him.

Once we were at the train station, he kissed me goodbye.

I got on the train and watched him waving on the platform. I could feel the lump in my throat begging to burst. He never felt real to me. He and his world evaporated the minute I turned away. I wanted a guarantee, but he could never give me that.

As my seven-hour journey began, I soon realized I had no food, no water, and an expired sim card, which meant no data for texting, emails, or phone calls. There were no bar cars, vending machines, or bathrooms on the train. In the midst of my sadness was anger. He dropped me off and left me with nothing. I should have known better, but when I was with him I was only promised that moment, unable to take care of any future version of myself. I wanted to believe he was changing, even when evidence showed me otherwise.

When we broke up, the pain was physical. It sat in my chest heavy and tight, a feeling not too far removed from how it felt to love him.

It was about a year after our breakup when I realized I was ready to move on. It would be another year before I met someone. “Met” isn’t the right word. We met when we were 19, dated for a year when we were 22, then broke up but stayed friends throughout our twenties and early thirties. We would meet up for dinner. He would call me to catch up. Sometimes we’d kiss. It never went further than that. I wasn’t ready for his stability. He was focused on his career.

Something changed between us in the summer of 2018. He asked me to go on vacation with him. This was an unusual request, seeing as even when we dated the first time, we hadn’t spent more than a night together. I suggested Newport, Rhode Island. We’d stay Friday to Sunday. He would take care of the hotel and anything requiring reservations. I was responsible for knowing what to do once we got to the island.

During the car ride, we got to know each other again. There were things about him that I had forgotten. I found myself asking questions about his quirky hobbies, about work, about his childhood. I forgot how funny he was. As the weekend progressed, I could see the amount of thought he put into our trip, researching restaurants and scouting the best boat tours before we arrived.

We spent an afternoon walking through the gardens at The Breakers. We held hands.

“How romantic is this?” I said, half joking.

Later that night on a boat tour, the girl that sat across from us asked how we met.

“At the diner in our hometown,” he said without missing a beat. I wanted this romance to be real, but it didn’t feel the same as the last one. How could this be love if I wasn’t in agony, wondering where he was, who he was with, and if I’d ever see him again? Where did I learn that love isn’t love unless you hurt?

After the trip, he sent me flowers with a card that read, “Looking forward to our next adventure.” He called me after work. He came over every weekend. When I went to Europe for three weeks, he texted me every day. And when I came home, he told me he loved me.

Loving him was easy. There were butterflies, but their wings didn’t cut my insides. When he said he was going to do something, he did it. I didn’t feel like he’d melt away every time we said goodbye. My trust in him allowed my mind to focus on things outside of our relationship. With him, the world was no longer an island. I was no longer locked inside myself, worried and waiting, longing for someone to become a version of themselves that only I could see.

But that’s the nature of pain. It is a tank that fills up until it overflows, until it forces the brain to find enough chemicals to fight it. That’s how I got stuck. I became addicted to the ebb and flow of it. Love didn’t feel as good or as strong without it. And the moment I found someone who fit my definition of love, it was hard to let go. I believed that what I felt was what I deserved.

It took loving someone good to help change my definition. He has his quirks. He drinks apple juice. We have gallon jugs of the stuff sitting like soldiers in a corner of our dining room. He is precise in his cleaning, even going so far as to dust the tops of the doors frames. And his cooking is limited to hot dogs, French fries, and sandwiches. But none of that matters.

He was a love I didn’t understand because I had never felt it before. It was light. For the first time, I didn’t have to carry love alone. There was a partner to help lift the other half, an active participant in the construction of our relationship.

We moved in together in October of 2019. I had lived alone for seven years, so giving up my freedom was difficult.

“But sometimes I eat Taco Bell on the couch in my underwear,” I cried in his arms one Saturday night a week before the move.

“You can still do that even when we live together.”

I sobbed harder. My tears staining the sleeve of his shirt. “Sometimes I don’t want to talk to anyone.”

“It’s going to be fine. When you need space, just tell me and I’ll leave you alone.”

I have a new definition of love. Love is freedom. Love is accepting the person in front of you for who they are in that moment without the limitations of their past or future. Love is being able to express your feelings without fear. Love is open and honest. It doesn’t put on its best suit to make a good first impression, only to damn all the impressions after. Eventually, the new feeling falls away to make room for something better. And even after the butterflies, love doesn’t hurt.