Whether I was commuting on Pennsylvania’s rock-ribbed highways, escaping the teeth-grinding stress of graduate school, or just trying to feed my creativity, these podcasts have always been there to me grounded and focused. Even when they were just murmurs in the background, I could still feel myself getting smarter—it’s the closest I’ll come to learning through osmosis.

Anyway, it’s a long list, so I’ll jump right into it. These are presented with the more obscure ones first. For each podcast, I did my best to pick two good episodes for beginners.

Reply All is about people and the unexpected ways the internet has connected us, for better or worse. It’s also about recent history (believe it or not, the internet as we know it is already twenty years old). Want to know the backstory of Marnie the dog or learn about the internet’s first celebrity? It’s all in here.

Oh, and if that’s not enough, RA is produced by Gimlet Media, which was founded by Alex Blumberg, a former producer for This American Life.

This is a forever-relevant episode about public shaming. Remember Lindsey Stone and Justine Sacco? This podcast tells their whole stories: who they are, how they were targeted, and how they recovered after being shamed by the entire internet. 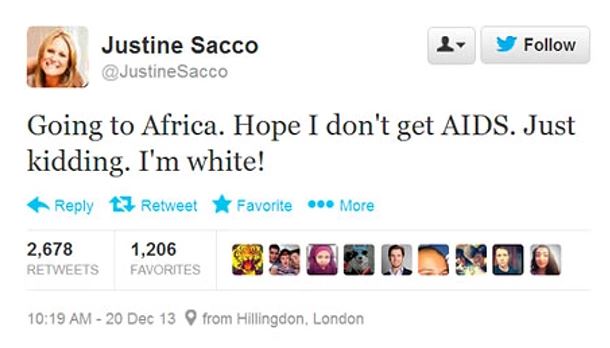 Remember when “Swatting” was a thing? This episode explains the origins of this incredibly dangerous practice, as well as the strange calculations people make when placing a call that sends a SWAT team to a stranger’s house.

This podcast has been around since 2010, but somehow I only recently found out about it. It’s official description says that it’s a “tiny radio show about design, architecture, & the 99% invisible activity that shapes our world.”

This episode is ostensibly about the history of lockpicking: it’s interesting and well-researched, and it features interesting interviews with competitive lockpickers. However, what makes this episode so impressive is the way it invites us to think about security and vulnerability, two issues we’re increasingly facing in the digital age.

Whether or not you’re a fan of the paranormal, this episode is fascinating: it tells the story of the infamous Winchester House. The story itself is great (heiress to the Winchester rifle fortune maybe feels haunted by her blood-money fortune and takes extreme architectural measures to protect herself), but the producers attempt to debunk the story with careful research and place the heiress in an appropriate historical context so that her “real” story makes perfect sense by the end.

This podcast is dedicated to three things we leave out of polite conversations. While it might seem like we live in a society saturated with death, sex, and money, we’re mostly bombarded with glossy, corporate versions of those things. This podcast examines each topic in a messier, more human light.

This episode combines all three: “I Killed Someone. Now I Have 3 Kids.” delivers on the drama promised in the title, and thanks to smart reporting and host Anna Sale’s interview style, I found an unexpected empathy for the titular convict.

This is a hard one to describe, but here goes: in The Memory Palace, historical events (such as Ben Franklin’s “electric death ray” or Japan’s secret WWII bombing campaigns) are rendered through Nate Dimeo’s lyrical prose and hypnotic voice.

This episode, about mysterious space “fireflies” witnessed by astronaut John Glenn, perfectly captures the qualities listed above. Make sure to stick around for the twist at the end.

This episode tells the story of Henry Brown, a man who escaped slavery in Virginia by shipping himself to freedom.

In 2008, I entered a terrifying job market with an MFA in creative writing and a very dim understanding of why the economy was in freefall. NPR’s Planet Money podcast was smart-yet-accessible, and I was able to piece together an understanding of how the economy works. This podcast is so much more interesting than you’d think, largely because the reporters go out of their way to make it so.

This episode sheds light on a hidden “prison economy” and how one ex-con put his entrepreneurial skills to work to improve it.

The best podcasts take us into the heart of things, and this episode is a great example of why I love economics podcasts so much: it uncovers a system that most of us didn’t know about and explains the network that allows us to have one simple thing: in this case, flowers on demand for Valentine’s day.

This is an old podcast: its name is a reference to its origins in Southern storytelling, where people sit and talk on porches while moths gather around their shared light. In this podcast, people tell true stories onstage, often in front of a live audience, without notes.

This suspenseful episode is courtesy of professional poker player Annie Duke, who tells a story about doubt, fear, and a life-changing decision at a poker tournament.

In this episode, Kemp Powers gives a hilarious meditation about his fragile, gullible son.

What do Lisa Lampanelli, Michael Ian Black, Adam Savage, and Janeane Garofalo all have in common? They’ve all appeared on Risk!, a podcast hosted by Kevin Allison where people tell “true stories they never thought they’d dare to share in public.” While The Moth tends to feature storytellers who proudly carry their NPR tote bags into Whole Foods, Risk! tends to feature storytellers whose Altoids tins might contain more than just Altoids. Most of these episodes should probably come with trigger warnings, and they tend to turn dark corners without warning.

It took a lot of sifting, but I think I found the perfect example of a “Risk!” episode. In “Five Hundred,” comedian Sean Patton tells a hilarious/dark story about his first paid comedy gig in Louisiana and how things spiral out of control when a fan invites him home afterward.

“Harrowing” is a word that best describes “Whatever Doesn’t Kill Me,” Ed Gavagan’s story about being on the wrong side of a gang initiation ritual. Also, I always thought those were urban legends until I heard this.

God, this is a hard one to describe. Welcome to Night Vale became popular on message boards for the TV show Hannibal. The podcast itself is a series of news broadcasts from the fictional town of Night Vale, each rich with dread, clever twists, and turns of phrase. I’m always impressed by how the producers consistently manage to keep things fresh and do interesting things with the format. If that’s not enough, it’s one of the most popular podcasts in America and the WTNV novel, due soon, is the second-highest-selling book on Amazon right now.

It was hard to pick a representative list for this series. But do you remember that list you were given two years ago and told to memorize? Well, it’s about to come in handy.

This episode covers the sudden appearance of a “whispering forest” outside of town.

9. Stuff You Missed in History Class

This is a popular podcast that’s been around since 2008. New-ish hosts Holly Frey and Tracy V. Wilson tend to gravitate towards shipwrecks, exhumations, and court intrigue. Lately, they’ve been focused on female writers, which is lovely.

This episode is about one of their most-requested topics: a highly decorated all-female air squadron called “The Night Witches” who were an important part of the Soviet war effort in WWII.

This is the first of a two-part episode on the Lions of Tsavo. I love the way the hosts are able to keep the suspense going while also providing interesting details about the time period. Also, it’s about a group of clever, man-eating lions terrorizing a construction project in Africa—and the man obsessed with hunting them.

There are so many TED Talks out there that it’s hard to know where to start. The TED Radio hour gathers 3-4 of the best talks, grouped by a theme such as “champions” or “memory games.” The host adds thoughtful interviews with the speakers. While this series has been around for a while, Guy Raz took over in 2013 and brought his NPR experience (and a generous helping of sound effects) to the series.

In this episode, we hear from competitive swimmer Diana Nyad about the power of a name (and the power of perseverance), David Epstein about competition and limits, Paralympic Snowboarder Amy Purdy about overcoming adversity, and historian Sarah Lewis about the effect of a “near-success.”

It’s so easy to find conflicting information on the internet—and you can find that sometimes in these TRH podcasts, but there’s also a great sense of harmony and organization so that when you’re done listening, you’re more enlightened than confused, and you have plenty of different viewpoints to consider. As for an actual description, this is a great episode about memory and how slippery it can be.

If I were to keep going, I’d mention podcasts that most people already know about: Freakonomics (a podcast that explores “the hidden side of everything”), This American Life (a series with an NPR pedigree that usually bundles 3-4 true stories by theme), and Serial (a serialized amateur investigation into a wrongful conviction case). By the way, did you know that Adnan Sayed might be granted a retrial?

How To Quietly Get People’s Attention In A Noisy World