In honor of the season premiere of MTV’s Catfish, we should talk about the biggest catfish of them all, Donald Trump. I don’t think it would be an alternative fact to say that social media is being used as a vehicle to spread fake news. During the Presidential campaign, Alt-right sites such as Breitbart and Info Wars went out of their way to provide favorable coverage of Trump while trying to convince people that Hilary was a pizza-peddling pedophile. Those stories were then disseminated through Facebook and Twitter. It may seem crazy that a plan like that was effective, but it was and has been in the past. Although it feels like a fresh phenomenon, fake news is not new news. It’s been around since the dawn of time and has even started wars before, but the problem of fake news has been largely dormant in American culture since the 1950’s. However, 2016 proved to be fertile ground for fake news to spread again. Why? Trump catfished the shit out of our moms and dads, and our grandmas and grandpas.

The Clinton/Trump election marked the first presidential race since social media has become embedded into the life of the average American. While social media is only a tool, and not an inherently evil one, problems were always going to arise when the average American is middle-aged and older, and has only recently picked up the tool of social media that they were now being asked to wield. With great power comes great responsibility, and the elders of this country were not up to the task. Trump could sense their vulnerability and exploited it for his own personal gain, selling them a catfish-style campaign of empty promises that they were willing to buy hook, line, and sinker.

This should have come as no surprise to us millennials. We’ve all heard about people falling for scams involving Nigerian princes and seen how the AARP-crowd interacts with the Internet. I get a first-hand look every day on Facebook from my family. Here’s my grandma’s response to 95.7’s THE JET’s “what do you see” quiz. 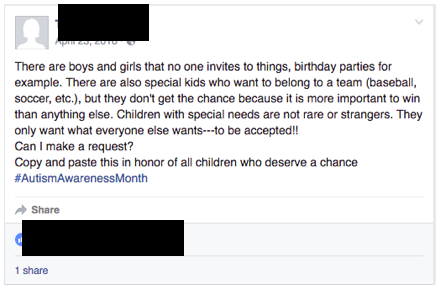 Grandma hasn’t learned the fine art of the humble brag yet. Or spoilers. Or typing. Or reading the question. 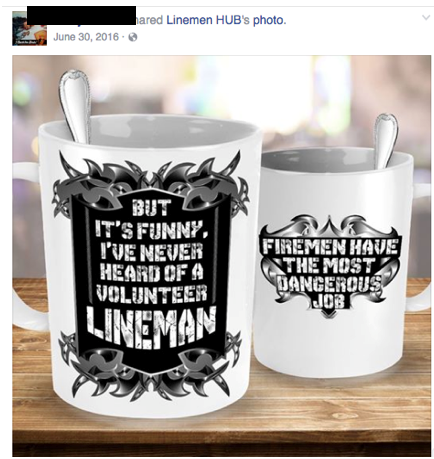 Lineman memes are very real, and so is their rivalry with firefighters, I guess. 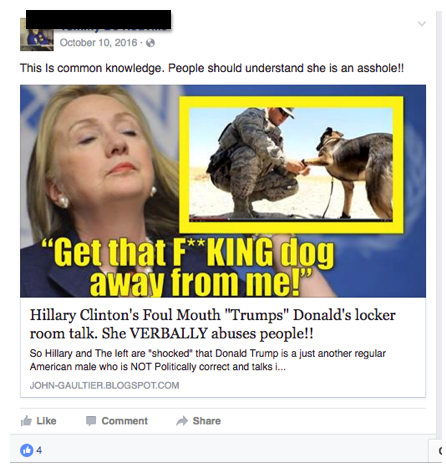 Yikes!!!  If something is common knowledge, then there’s no need to share it. That’s just redundant.

It’s hard to read those posts, isn’t it? That’s because the overwhelming feeling you experience while watching older generations flail about the Internet is one of embarrassment. It’s not pity, or scorn, or apathy, but embarrassment. It’s important to note that emotion because embarrassment stems from empathy. When you see Facebook faux pas committed by elders, you’re able to see yourself in them. No, not the version of you today, with the carefully curated profiles, but think back upon how you first acted upon encountering social media. That was grade school for me. I remember forwarding e-mail chains, leaving away messages that were far too personal, and killing myself to be in a crush’s Top Eight. We all did it. Here’s a confession: my first ever AIM screen name was Robsum41, and that was only because Robxblink182x was taken.

The point is this: older people aren’t stupid. The difference between them and us is that we’ve had our chance to learn social media etiquette by now. They haven’t. Over the years, we’ve gotten our reps in and paid our dues. We know we shouldn’t share IQ tests by announcing our scores on them, we know we shouldn’t share PSA’s that traffic in guilt, and we know that we should never share news from Breitbart. These are skills that can only come with time, but we, as a society, didn’t have the luxury of waiting for the old folks to totter up the social media learning curve before the election came. Trump took advantage while our parents and grandparents’ social media lives were still young and impressionable.

It wasn’t fair. It’s not grandma’s fault Trump is president. She was still learning about emojis when the election came around. She’s a victim, but if we are to be a responsible society, then we should make the newly initiated to the Internet take a Social Media Evaluation of Literacy Test. Before being handed a Facebook account, people need to prove that they can be trusted to survive out on their own in the Wild West that is the World Wide Web.

Here are some sample questions from a SMELT exam.

2. Of the following social media platforms, which is the best for sexting?

3. Which of the following frogs is/are racist?

4. The joke from the previous question is appropriate to be shared on a public social media platform?

This is how we make America great again.

1. However, you can’t hate on Infowar’s movie reviews. Alien: Convent is going to be lit af. (Warning: spoilers after the jump).

Why The Campaign Against Social Media Won’t Work

How We Talk About Trump