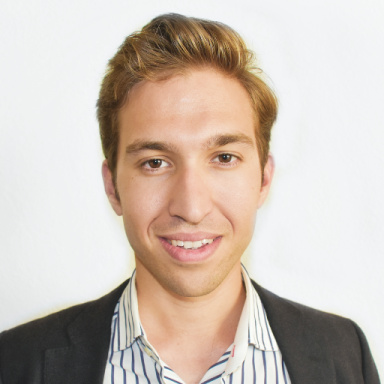 Everyone has been talking about Netflix’s latest horror film Bird Box, which was seen by 45 million accounts in the first week. There’s a key reason to why it has spread like a high-wind wildfire. The story leans heavily on Lovecraftian themes, most notably the fear of the unknown. It triggers within us an ancestral concern that has kept humans alive for centuries. Thus resulting in an original horror film you cannot look away from.

Warning— some spoilers ahead.

The film is adapted from Josh Malerman’s 2014 novel which bears the same name. The story’s hero, Malorie (played by Sandra Bullock), is blindfolded throughout her quest to get her children to safety. It flashes back to five years prior when unknown entities began spreading throughout the world, infecting people who see them, and driving them to suicide. The survivors learn that they must shield their eyes from the outside world as it crumbles in chaos.

The story pulls heavily from the works of two acclaimed American authors: H. P. Lovecraft and Cormac McCarthy. Lovecraft is regarded as one of the 20th Century’s greatest authors of weird fiction and horror. He’s credited in creating the genre of Lovecraftian horror. McCarthy has written several classics spanning from Southern Gothic to Post-Apocalyptic genres.

An unforgettable genre of horror

There are many elements to Lovecraftian horror but the fear of the unknown is a constant recurrence throughout the genre. This “unknown” isn’t being unsure if your guacamole has turned or your boss arrived to work before you. No, it expounds on a more visceral and realistic fear everyone must cope with at some point in their life: what waits for me beyond the darkness? If you’ve ever swam in the ocean at night, there’s no question your mind pulled for a moment to wonder what was swimming below my feet?

Lovecraft created a monster that expanded on this fear better than any of his predecessors. It eventually formed a mythos of its own. It’s centered around an entity so terrifying readers will never forget it: Cthulhu. All of Lovecraft’s stories are canonical to the Cthulhu Mythos and other writers have helped expand it over the last 90 years.

Catch a glimpse of Cthulhu in Bird Box

In fact, there’s a scene in Bird Box where a possessed lunatic reveals a pile of demonic drawings, one bears a striking resemblance to Cthulhu. The tentacled monster that Lovecraft created is an entity which drives people mad and is worshipped by cultists. In Bird Box a select group of insane people worship the entities they see and reign terror on the survivors, urging them to look.

Bird Box beautiful brings Lovecraftian horror into a narrative with a resilient but flawed hero. Malorie seems whelmed with ennui. She isn’t too thrilled about the idea of being a soon-to-be mom. Before things go south she’s considering adoption. But that’s when the entities invade. The characters in the story never have a chance of fighting back, which lends itself to another Lovecraftian theme: anti-anthropocentrism, the feeling that we, humans, aren’t the center of the universe and there’s something greater and more powerful than us.

Not much is ever explained regarding the entities. You never see them or find a know-it-all expert who is dropped there for the sake of moving plot along. Susanne Bier, the director, did a great job in keeping the story going and giving the viewer hope, albeit false, of possibly seeing these monsters.

“There is no terror in the bang, only in the anticipation of it.” — Alfred Hitchcock

Malorie names her children Boy and Girl, which harkens to McCarthy stories like Blood Meridian and The Road. By giving a character no name it makes it difficult to get a read on who they are. Like a faded mirror it doesn’t reveal what’s there entirely. A character’s foundation is built off of their name; Jay Gatsby, Cruella Deville, Bruce Wayne, Atticus Finch. It sets the stage before the story begins.

More films should study these classical horror elements. Today the industry leans heavily on shock-horror, think Saw II, Chucky, Texas Chainsaw Massacre. Most of the time it relies on a scantily clad teenage girl running through the woods away from safety. Lovecraftian horror takes a more intellectual approach by keeping the reader or viewer thinking every step of the way. While a slasher film may scare you outright, it’s stories like this that’ll stay with you forever.

This is why 45 million accounts have watched Bird Box.

Bird Box keeps the suspense alive right up toward the end as Malorie, Boy, and Girl seek refuge by riding through river rapids, blindfolded. The horror of not knowing what lies beyond is why we watch. It’s the unknown that scares us most, because it can happen anywhere, not just in the dark. It could even be in your home. Perhaps the thing you fear is silently breathing, right, behind, your chair.

Blindsided By “Bird Box”: Josh Malerman’s Debut May Surprise You