There are two main things Amsterdam is known for to foreigners, their weed friendly cafes, and the red light district. I had some time to kill on a Friday night and as I’m not a big smoker, I decided to take a walk into the world famous Sex district.

Not that I’ve been to a huge amount of sex districts, but I feel like the general consensus is that they are usually in a pretty grim part of town. Not Amsterdam. There was a canal that ran directly down the middle with swans in it. Friggen SWANS. The street was paved in cobblestone, while the road came to a little bridge where, yes, swans were lazily floating under. I felt like I had been transported into Lady and the Tramp and any minute I would see them in an alley way sharing their spaghetti. But in fact, all I saw were prostitutes.

There are so, so many tourists.

So many. As I cut across the alleyway my google maps told me to, I was a little nervous as I came upon the ‘area’ I was expecting that scene out of American Horror Story Freak Show where Jessica Lang gets her leg amputated as part of a snuff film. Ok, that’s a LITTLE extreme, but hey, anything goes in Amsterdam right? I thought I’d see something interesting. Instead, as I came to the main street I was awestruck by a number of people. Tourists. They were everywhere, families were out, with their bum bags, cameras and cargo pants just wondering. Like there were at some kind of attraction. The absolute worst part were the groups of 18-21 year old ‘lads’. Just standing in packs, ogling the girls through the windows but seemingly not quite game enough to hire one but all snickering and nudging one another. It was a freak show- but not in the way I imagined.

Look. I have no problem with prostitutes (unless they are being forced into it but that’s another issue for another time), and that may sound a little insulting – image of me one with a stick being like ‘do something’ maybe? But I do not mean it that way. At all. I guess coming from little old NZ, we are constantly told how sheltered we are. So I took my little, sheltered self to Amsterdam – a place known for being extreme – and thought I was going to ‘see some shit’ if I looked for it. Instead, it was rows of neon bikini-clad Eastern Europeans (apparently it’s a thing) with fake tits. I felt a bit like I was in The Gold Coast or LA rather than the dark alleyways of Amsterdam.

I got yelled at by a prostitute.

If you’ve been reading this article up until now, it’s probably no surprise to you that I had no idea what I was doing. I didn’t realise there was an ‘etiquette’. I had been previously warned that you do not take photos of the prostitutes, it’s such a big no-no that they have been known to send pimps out after the photographer. Apparently, as I mentioned earlier, lots of Eastern European girls are doing these jobs without the knowledge of their families and don’t want there to be any evidence that could get back home. Fair enough. But, as I ALSO mentioned earlier, there were loads and loads of young English dudes just staring but not hiring. I thought this was interesting and would make a great photo, so tried to low-key get one. Result= Prostitute across the street from me thinking it was aimed at her, pulled a curtain across herself and started yelling at me through the window. Awkward. 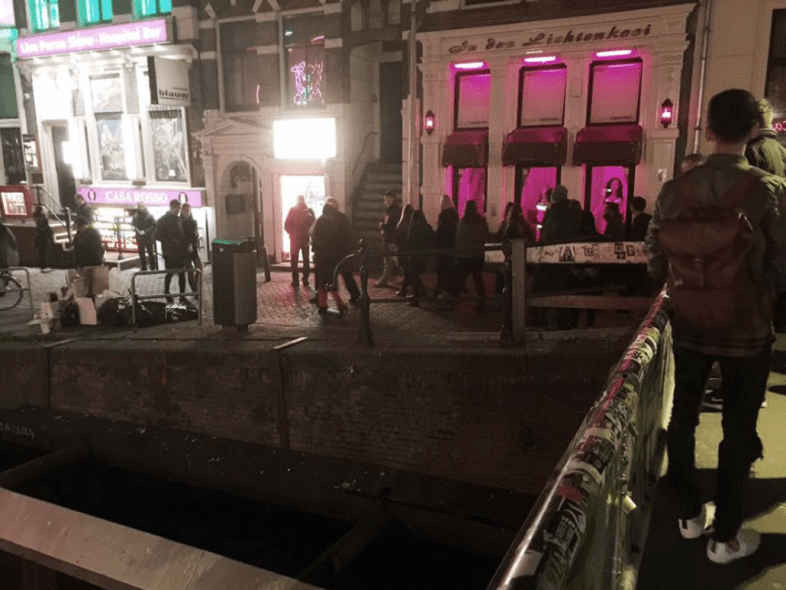 It’s sleazy, but not in the way you’d expect.

Again, I already kind of touched on this, but there was something still quite disturbing about the whole scene. And it wasn’t what I thought it would be. It was all the tourists. It was that the majority of the building layout went: whorehouse, tourist shop, tourist theme pub – back to whorehouse. I didn’t know what to think of how I felt about this strange commodification of the local sex industry. On one side, having an open dialogue about it was good I guess, but something seemed wrong that on the same street corner I could buy a prostitute, I could also buy a fridge magnet stating that I had bought a prostitute. Weird. Maybe I was just being prudish? Regardless, something felt off about the whole scene. 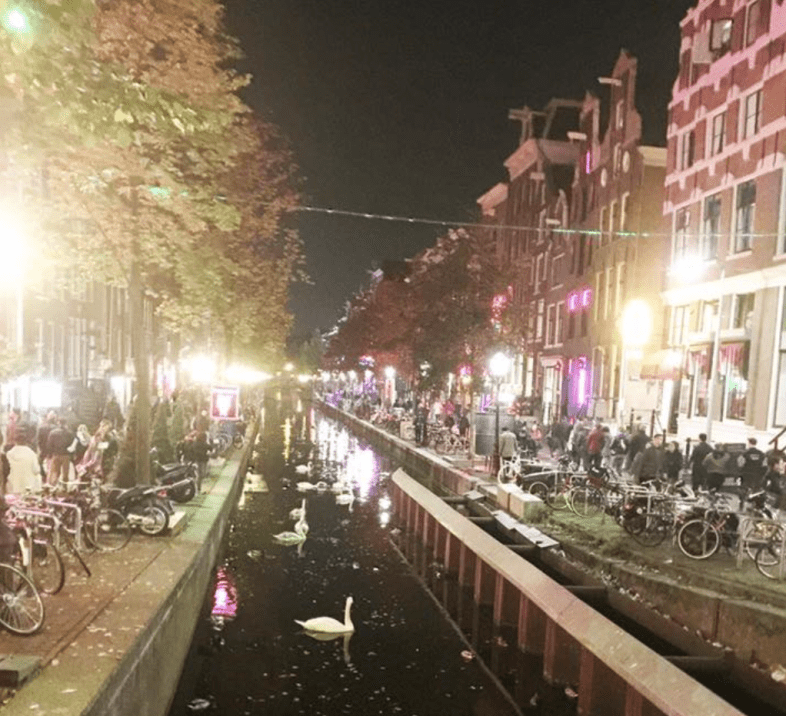 I didn’t ACTUALLY see any dodgy dealings or anyone hiring a prostitute.

So in summary: It was beautiful and scenic. There were god-damn swans and a canal. No one legged extremely young or old prostitutes – just neon bikini-clad, giant breasted women standing in windows while tourists walk by in drones “soaking up the atmosphere”. I saw not one person actually disappear into the brothels. The only thing I found disturbing about it was – was how NON-disturbing it was. How families were treating it a bit like a zoo. How bars were using it as a theme. Maybe this was the ultimate sign of global gentrification? 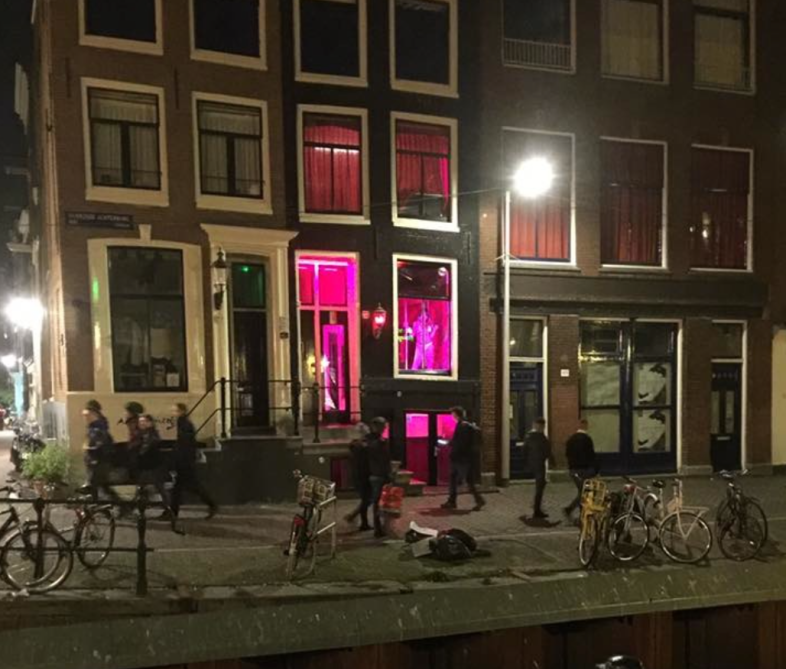 Somewhere in that window is the prostitute that yelled at me.

26 Sex Puns That Are Almost As Good As An Orgasm

I Spent A Night Talking To A Prostitute, And This Is What I Learned