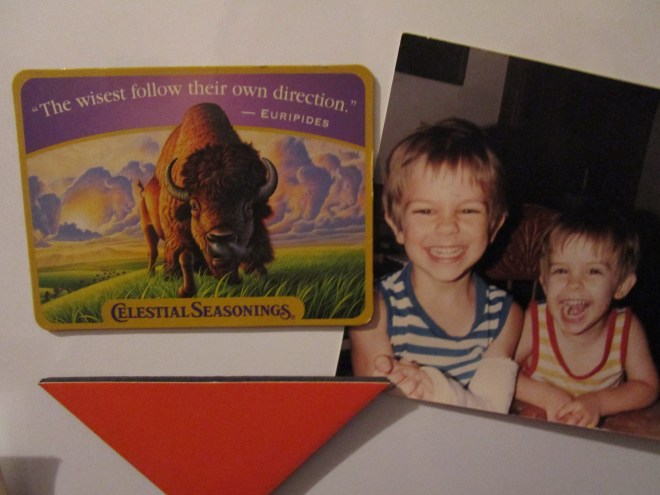 Seven years ago, a few days before Christmas, I quit my job as the copywriter at the small marketing firm in Midtown Manhattan where I’d worked for the previous year. In the elevator—that tiny, halting box of stagnation—on the way downstairs, I stared at the gloomy faces of my colleagues and felt giddy. Ecstatic! My heart was clambering out of my throat, clamoring to be heard.

“Guess what I just did!” There was no reason to conceal my glee.

But as is often the case in an elevator, no one could speak.

“Aw, man, I didn’t think you were actually gonna do it … ” my friend Gregg murmured, in obvious pain.

I knew they were disappointed. Maybe a little jealous. For some reason, most people think they can’t “just quit” their jobs. Obviously they are crazy. The world is full of jobs, and most of them are terrible. One of the best parts about having a job is how good it feels to walk away.

There are many reasons why I quit this job in particular—including all of the inquiries people made about how I spend my time.

“So … you doing anything fun this weekend?”

There are perhaps a thousand equally perverse variations on this theme in the English language, and I despise them all.

How dare you!? Why are you maniacs all so invasive? my mind would scream as I tried to dodge the question.

“There’s a baseball game on tonight … or basketball … yes, or perhaps I’ll see a movie … or maybe have a drink with a friend … no, I don’t have a girlfriend … no, not a boyfriend either! … ah, the park, maybe I’ll go to the park on Saturday … read a book … or do laundry, lots of laundry—I change my clothes every day you know, it’s almost like there’s a full bag every weekend … ”

It became too much to deal with. And in the end, I was too embarrassed to reveal the real truth. Or at least this version of it:

While this is not so strange to me, some people have suggested that I require the kind of solitude most commonly associated with a personality disorder. Nonsense. The “problem” is certainly not that serious. It’s just that it takes me a little longer to figure things out than most people. OK, much longer. But that’s only because every single thing has so many aspects to consider. Then, when you combine any particular thing with all of the other potential things, there are even more aspects to consider.

For example: When I was 3 years old, I spent a lot of time obsessively hoisting up my socks and pants. I can imagine exactly why I did this, and perhaps you can too: Droopy, sagging pants and socks look and feel annoying. Ah … if only that were explanation enough! From my mother’s point of view, repeatedly hoisting the offending clothes items back up was “a waste of time.” And really, she was right: It took us forever just to walk from the sandbox to the wagon.

I was quickly learning that life is full of surprises, so I replied simply: “I don’t want to do anything but sit here and think about this.”

I still feel more or less the same way—but try telling that to anyone when you’re 27 (or 34!)—and “here” is “alone in my apartment” and “this” isn’t even something specific like “time and how hoisting up one’s socks obsessively wastes it.” Chances are, no matter what you’re doing with your time, if it involves that much thinking, they’ll tell you you’re “wasting it” (especially if what you’re thinking about is the concept of “wasting time”!). That’s why I quit my job: It involved way too much explanation of myself in front of an unsympathetic audience. People take things so personally. They’re quite adamant you should be out “taking advantage of the city” or “meeting women” or “going to the parade” or some other insane thing, not “wasting it” at home alone in thought.

“Bah!” I say, pulling my filthy little smoke-stained hoodie tighter around my shoulders. I need a sandwich. Where are my pants? I shuffle past the darkened window slowly and pause in front of the mirror to remind myself that I am a person. Then I pull on a pair of jeans, socks, and sneakers, and head toward the door. How can I account for the last year of my life? How about the last seven, fifteen, or thirty? Before leaving, I pause and take a look at my fridge door—specifically the magnet I found in a Celestial Seasonings tea box, a Euripides quote that reads, “The Wisest Follow Their Own Direction.”