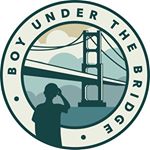 Our lives revolve around freely made decisions — from what we wear to where we live to how we act. But when it comes to family, the only real choice we have is whether we’re willing to make things work.

I’ve learned that much of the work involves putting aside all ideas of white picket fences and Brady Bunch smiles and rolling with how things are—how people are. It’s a harsher truth, but it’s entirely possible that the only real thing we can have in common with our family is what’s running through our veins and embedded in our chromosomes. Then there’s some people who have inseparable relationships. Signing up for the works: daily phone calls, weekly breakfasts, and vacations. I don’t know where you land on this one, but I definitely preferred eating dinner in my bedroom growing up.

I’d also happily hang out at my friends houses. Their dinners had coleslaw and conversation, home meant curry and criticism. The former a given, the latter largely due to me having absolutely no interest in the culture and values my parents were trying to pass on to me. As a long-term friend recently put it while reflecting on our younger years, I “tried so hard to be white.”

Funny as well as true. But at the time, I had the view that my family wasn’t a “normal family”, that I couldn’t relate to them. And this was something I carried well into adulthood until I was forced to see things differently. It was a late wake up call, but it wasn’t too late. Things got a bit rocky in my own life — I’d love to say things “fell apart” if it’s possible to not sound dramatic — and each time, my family never hesitated to help me catch the pieces. I realized how lucky I am and that really needed to make more of an effort.

Naturally, I also became more understanding and less self-involved with age. For example, I had never considered the challenges ethnic parents face when raising their children in unfamiliar countries. I started to think about all I have been given and seemingly how little I have given in return. I started to regret all the time I spent wanting things to be different, when I could have been working on enjoying how things are. Nobody is perfect. And the people we’re stuck with are also stuck with us.

Nowadays, I’m not so hung up on the coleslaw and conversation. I appreciate that we genuinely care about one another and I accept we’re different people,  which is perfectly fine. Notice the emphasis on “people” because it’s easy to forget that members of our family are individual people. We’re a big part of their lives, but we’re not the only part of their lives.

In recent years, I’ve enjoyed finding out who my parents are outside of their roles as parents. During a recent visit home, I went with my mother to a botanical garden. I never embraced Christianity the way she wanted me to, but I felt we could both appreciate the beauty of the natural world and be humbled by the way things unfold on their own accord.

I also joined my father at one of his favourite seaside spots. Having grown up in Sri Lanka and having lived and worked in the West Indies during his early thirties, he’s always enjoyed the water. Likewise, I recently spent a year volunteering and living in Tonga, where I discovered how soothing the ocean can be. As he took a few steps ahead of me, I felt myself walking into my older years as I followed him, and I realized we’re more similar than I thought.

It has taken a while, but my family now feels like a family. All that needed to change was my expectations. I don’t know if I’ll be signing up for the works just yet, but I’m happy to roll with how things are — reminding myself to be grateful and patient in the process.

“You spend years wishing your parents would get off your back, only to realize they’re the only ones who ever really had your back.” — Unknown

I'm the 'Boy Under the Bridge' on a journey to the brighter side.