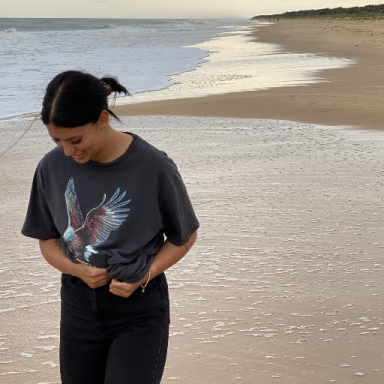 Have you ever experienced the space between?

The space between. The unknown.The forgettable. These are the moments we tend to miss.

Because they are the beautiful moments.

We never share what happens in the time between, though, because we think it’s insignificant. But in fact, it is during this time that we endure hardships, overcome pain, change our minds, express our deepest emotions, have meaningful conversations with strangers, lose touch with old friends, and make new ones. It is during this time that we are watching our children grow up and watching our parents grow old.

It is during this time that life is happening.

Life is happening in the space between.

Learning to appreciate the beauty in things I do not yet understand Follow Rhian on Instagram or read more articles from Rhian on Thought Catalog.

Beautiful Moments Growing Up The Space Between

I’m Sorry, But I Can’t Lie To My Heart About You

This Space Between Us Is Killing Me

3 Important Things To Remember To Be Grateful For In 2017

This Is How You Learn To Let Go

I Want To Thank You For Your Love

On The Days You Feel You’re Hard To Love, Remember This

What To Remember When Letting Go Feels Impossible