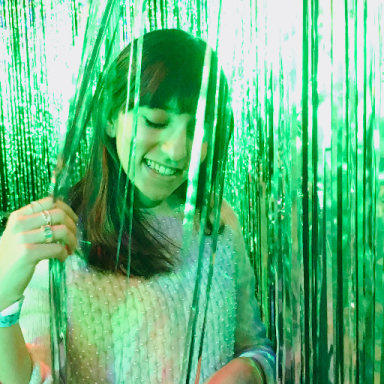 Spilling coffee on each other in the middle of the street, fighting over a taxi, or reaching out for the same book at a bookstore—that was romance before the digital era began. So, what happens now?

Don’t worry, meet cutes aren’t completely dead (yet). Here’s how you can expect to meet “the one” in today’s internet dominated world.

1. You both use the Starbucks mobile app to order a tall nonfat latte with caramel drizzle. They pick up yours by mistake.

2. You both leave the same emoji in the comments section of an Instagram meme. The meme is about baby Yoda (of course) and the emoji is that overly grinning squinting face.

3. You accidentally sit in their Uber.

4. You both are the only ones on Yelp who think that the “best pasta in New York City” is in fact pretty ordinary.

5. You both have the same book on “currently reading” on Goodreads.

6. You both order half a dozen avocados and soy milk from Whole Foods. Their groceries are mistakenly delivered to your apartment.

7. You are on opposite sides of a heated debate. On Reddit.

8. You lock eyes with their Tinder photo.

9. You’ve always been “just friends” on Facebook but then end up reevaluating your entire relationship when you match on Tinder.

10. You both like a job update of a mutual friend on LinkedIn.

12. You get mad at them for using the Game Of Thrones hashtag to reveal a major spoiler on Twitter.

13. You both have memorized the lineup of songs on Spotify’s “Forever Alone” playlist.

14. You are both the only ones who order a leopard print smart coffee mug from Amazon.

15. You both go downstairs to collect your Seamless orders at the same time.

So keep your hopes (and your internet speed) high. Your next meet cute may just be an app away.

How To Break The Cycle Of Dating Flaky Men