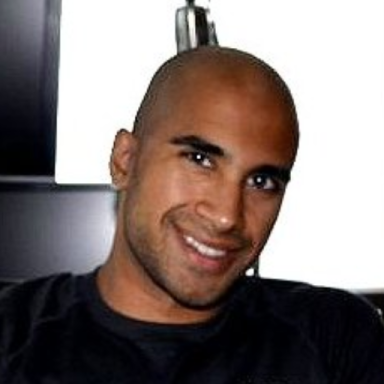 My fiancée and I were supposed to get married on May 15. That… did not happen. With the onset of COVID in early March, we were forced to cancel our wedding.

We’d planned on getting married out in the Hamptons before setting off to Monaco for a honeymoon. We’d booked a reservation at Navy Beach, one of our favorite spots out there. We’d arranged for flowers, booked a DJ, put together a huge wedding website with info for people making the trip. We’d spent a ton of time crafting what we felt was going to be a magical weekend for ourselves and our guests.

But in March 2020, the COVID pandemic fully took hold in New York State. With the restrictions on large gatherings, we were ground back down to square one. We had to send out a cancellation to guests and begin the arduous process of securing refunds from all of our vendors. What’s more, at this point, we also hadn’t even gotten our marriage license yet. And NYC’s marriage bureaus were C-L-O-S-E-D for business. Double bummer.

By May, it became clear that COVID-related restrictions were going to be sticking around for a while. We briefly considered waiting the whole thing out and basically redoing our original wedding plan for 2021. But this felt like a cop out. We felt that we could still get married in 2020, but knew we’d have to get creative. We’d have to get scrappy, even. But we knew we’d find a way.

We’d heard rumblings back in April of a potential “virtual meeting” option to get a marriage license from the New York City Clerk’s Office, dubbed “Project CUPID.” We had our doubts about whether it would work, but we decided we’d give it a shot.

At around 10:45 a.m. on the day, we figured out what happened. And we scrambled to our laptops.

Our first attempt at logging in met with a website overload. We shot each other a look which seemed to say, “Seriously? No. Come on.” We attempted to reload the page, repeatedly hitting Ctrl+F5 while sweating bullets. “Come on. Come on. Come on,” we whispered to our computers.

After what seemed like an eternity, we were able to sign up sometime around 11 a.m. Phew. “It’s still early, right? They must have a ton of people doing these virtual appointments also. Lots of slots,” we said to one another, perhaps a bit too optimistically.

But our fears over logging in late were realized when we got to the calendar screen and saw that the first available date was now June 8.

“What?” we thought, scrolling back in the online calendar on the Project CUPID website. May was grayed out. “Already? It’s been, what, less than an hour? It’s not like these are Springsteen tickets. What is happening?”

We grabbed June 8. We’d been patient long enough, what would another month or so be?

Pause for a note here: We had gotten our rings engraved with the original date of our wedding: May 15, 2020. The license date of June 8 meant that date was now definitely not going to be the actual date of our wedding. Was it time to send the rings back to be re-engraved?

We eventually found out that we were one of the lucky ones, and that others had to wait until September to get their appointments.

So, unlucky but lucky, we waited for June 8 to arrive. And when it did, it was not without its own form of chaos.

The City Clerk’s Office had originally sent a calendar invite with a Google Meet link for the virtual appointment. Fine. I’d used Google Meet before, and it had seemed to work just fine. I’d never had a single major issue with it.

But on the date of the appointment, we went to enter the virtual meeting with our appointed City Clerk, and the calendar invite now pointed us to a link for Microsoft Teams. “Wait, what?” I said to myself, my stomach tightening with every passing second. My jaw was fully clenched by this point in anticipation of yet another wedding disaster. I’d had some pretty terrible experiences using Teams for work, and so I readied myself for what was to come. My fiancée quickly found herself in a similar frame of mind.

And so, with headaches brewing, we tried to sign in. And did it wor—OH, YOU HAVE GOT TO BE KIDDING ME. We got pushed to a “waiting room” on Teams, and after around 10 minutes of waiting, someone from the Clerk’s office called.

“Can you please join the meeting?”

“Really? I don’t see you there. Try logging out and logging back in.”

We logged out. We logged back in. And we logged out, only to turn around and log back in. We repeated this merry-go-round roughly four or five times. Our appointment had been for 11:30 a.m. It was now close to noon. We still hadn’t been able to connect. The knot in my stomach registered its intent to become a full-blown ulcer.

Over the course of the next 45 minutes, we loaded Teams and tried to enter the meeting on every device in the house, with every account we had. Two personal laptops. Two work laptops. A personal phone. A work phone. Another personal phone. And just when we were about to give up, we were in on one of the phones.

An hour later, we finally had our marriage license.

And that brings us here, to today. We’re not sure now how we’ll proceed. Virtual ceremonies are allowed in New York City (though if you get your marriage license elsewhere in New York, or in any other state, you should check with the local county clerk’s office first).

But getting married via Skype? It’s such a far cry from what we’d had planned: NY City Hall, pictures on the steps and at the seaport, heading out to the Hamptons to meet our friends for a dinner reception and a weekend-long party.

What do we even do for the Skype thing? Do we wear the tux/wedding dress? Seems a bit much for a video conference. What about pictures? Do we just stage a “fake ceremony” when things ease up? How do we even get flowers at a time like this?

But on the other hand, none of that matters. It never has.

Throughout this entire process, the most important thing—maybe the only important thing—has been, and continues to be, us. We have each other. And it doesn’t matter if we get married in t-shirts and jeans in our living room over a computer. It’s the words we say to each other, the commitment we make, the bond we’ll never break that is, and was always ever, the point.

We’ll be getting married in July.

And we’re keeping the rings engraved as they are.

I put way too much half and half in my coffee.

An Open Letter To The Teacher Who Is Overstressed And Underpaid

I Won’t Dial Down My Personality For You