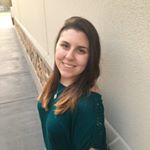 I have a confession to make. I was a nerd in school.

From a young age, before cliques were even a thing, I was a nerd.

Throughout high school, I was that student. I worked my butt off, took all of the hardest classes, and won scholastic awards on a regular basis. Because of this, I always fantasized about myself excelling. While I was often adorned with praise and accolades, I imagined getting them even more often. I would complete an assignment in class and imagine the teacher complimenting me. Someone had to be the best. Why not me?

But something changed when I started college. Impostor Syndrome set in.

Now I honestly couldn’t tell you if this was due to the fact that I was no longer definitively the intellectually highest ranked person in my classes or if it was my very difficult personal transition into college, but my confidence started to sink. While I still had to work hard to succeed in high school, my success was guaranteed. I got good grades. It was just what I did. It was part of my identity.

In high school, I needed to work hard, but in the end, I knew I could be the best if I wanted to be. College, of course, was a different story entirely. I’m sure that it comes as no surprise to you that college is harder than high school. In high school, at least for me, a passing knowledge in something and some elbow grease could get you an A. In college, you actually had to, you know, understand how things work. Coasting by on a decent essay and some lack-luster studying wasn’t cutting it anymore.

Somewhere along the way, I seemed to have equated working hard on something (and possibly failing at that something) with stupidity. I would never be able to succeed in Organic Chemistry, so why even try? If I didn’t try, then I couldn’t really say that I failed, right? In college, it dawned on me that succeeding in the world would take a lot of work. And in reality, it was a lot more work than my depressed and sleep-deprived self was willing to put in.

I started realizing that studying for certain classes had a point of diminishing returns. Was it worth that extra four hours of studying for only two extra points on a test? Probably not. However, I was taking this to extreme measures — trying to justify as little work as possible to keep myself from trying “too hard” and leaving myself vulnerable to feelings of failure. I’ve found that this is actually my standard pattern for changing my behaviors. I allow myself to go from one extreme to the other. Unfortunately, this only helps if I eventually find balance between the two sides of myself.

Another example would be the personal work I’ve done to become more empathetic. In college, I realized that I truly admired my loved ones whom I thought to be most empathetic. I hadn’t been a very empathetic person previously, so I tried to emulate them — to see the world through other people’s lenses more regularly. But somewhere along the way, instead of being considerate, I became afraid of hurting other people’s feelings. I stopped having self-empathy and started giving everyone else a pass while I berated myself for every little thing. After years of trying to become a more empathetic person, I went from being a bully to a pushover.

In the end, I made it through college fine. I graduated with honors in the French department and successfully completed both of my majors and minor. I was happy with my practically mediocre grades, but the mindset that I developed in college has had a lasting effect on me.

A few weeks ago, my manager handed me an assignment, and I automatically assumed that I would mess it up. Seriously, without even looking at it, I just felt in my soul that I wouldn’t be able to complete it. Had I shown previously that I was able to complete similar projects? Yes. Had my manager commented several times on my expertise in completing such projects? Yes. Still, I was so sure that I would not be able to successfully complete the task that had been handed to me.

For the first time in a long time, I evaluated this negative train of thought. I had spent basically my entire working life assuming that I was incompetent, so this lack of self-confidence hadn’t really raised any red flags previously. As I sat back and evaluated my thought processes, I thought back to high school, about how I used to assume that I would be the best and succeed. Where did that girl go?

I can look anyone in the eye and tell them that I know that I’m a good writer, but I still desperately seek validation from proofreaders. I have proven time and time again that I can analyze complicated concepts, but I often find myself purposefully keeping my mouth shut to keep from embarrassing myself. If I were to tell you a fact that I knew was irrefutable and you refuted me, I would immediately assume that I was wrong, even if I knew I was right!

My confidence is just gone.

One thing that I know has been sapping my confidence is my relatively new position at work. Every other position I have held at my company has been a bit more routine, and while I still assumed that I wasn’t great at it, I believed that I was just as good at following a routine as anyone else.

This position has had a steep learning curve, and even though I’ve been doing it long enough to do it quickly and effectively, I still get anxious about my assigned projects because I always assume that they’re going to take longer than they actually will. Realistically, I need to build in some time for unforeseen slip ups, just not as much time as I assume I will need. In this position, a lot of people are depending on me to help them problem solve. At this point, I am one of the most qualified people in my company to answer their questions, but I still feel as though I’m incapable of doing anything right. Hell, in my employee evaluation a few months ago, my manager’s main critique of me was that I needed to “take a damn risk once in a while.”

So what am I doing now?

I am turning over the proverbial new leaf.

Until recently, I was approaching life thinking that if I don’t automatically think that I’ll succeed, I don’t try because then I can’t fail. Because of this, I started actually believing that I never wanted to be challenged. I wanted to coast through life and work, my ambition having peaked in high school. But now I’m realizing that this simply isn’t true. I want to be challenged. I want to learn new concepts and have my points of view brought into question. I want to again be the type of person that defends what I believe in as opposed to cowering and hoping that no one asks me questions directly.

This takes a certain amount of discomfort on my part, and a certain amount of assertiveness. As I am now coming out of my most recent depressive episode, now is the perfect time to do this work on myself. While I still may not have a lot of confidence, my brain isn’t screaming that I suck on a regular basis, which is pretty neat. I’m working on making my desires known more regularly and becoming more decisive. It’s time to take responsibility for what I do in this life, instead of just allowing things to happen to me.

At work especially, where my confidence seems to be lowest, I’m trying to gain more confidence and push the negative thoughts away. One of the best ways to combat negative thoughts is to reframe them. If you’ve ever practiced meditation, then you’ve had a taste of thought redirection and reframing. During meditation, you’ve probably been told to try to always guide your thoughts back to your breath and to not judge intrusive thoughts, but to let them go. This practice is helpful in everyday life, too.

Every time I receive a troubleshooting request now, I assume that I will be able to do it, it just might take some time. Sometimes I will still make mistakes, but hey, that’s part of being human. What they’re asking for might take some work on my part. Just because something takes work doesn’t mean that I’m stupid or bad at my job, it just means that the solution isn’t immediately obvious. Just because I’ve already seen many of the potential problems that can arise doesn’t mean that I can solve them all right away. And arbitrarily assuming that I “should” be able to do something isn’t an excuse to berate myself, either.

This way of thinking didn’t only make me unkind to myself, but to others as well. Since I had very little confidence in myself and my work, I would often become impatient and defensive with anyone who challenged me on my work or asked me questions. If they ask too many questions, they’ll know that I’m just an imposter! Now, I’m approaching discussions ready to prove that I know how to do my job but humble enough to say if I’m unsure how to answer a certain question. Subsequently, I find myself speaking more slowly and calmly. Instead of rushing through conversations, hoping that no one will poke holes in my work, I make sure to speak with both empathy and assertiveness. I’m willing to fully discuss problems that arise and recognize that I’m one of the only people best equipped to find a solution.

Training myself to turn negative thoughts into positive ones is not the easiest thing and definitely doesn’t happen overnight, but I find that it is much easier when I know where the intrusive thoughts originate. I can mentally balance risk and reward. Sure, I can go through life without challenging myself, but will that be more rewarding than regularly using my mind and talents (even if that means failing occasionally)? For me, I’m realizing that the answer is no.

Oddly enough, I feel like all of the personal work that I’ve done up to this point has been training to handle this. It’s hard to recognize that your confidence has done a complete 180. Especially when it has been so long that you’ve been without confidence, realizing that the new norm is self-degradation is painful, to say the least. Luckily, my mental reframing has been going very well so far. The self-reflection that I did to make myself a more empathetic caused me to scrub every side of my brain. I know myself well enough to affect personal changes on a larger scale, and to me, that is something to be proud of.