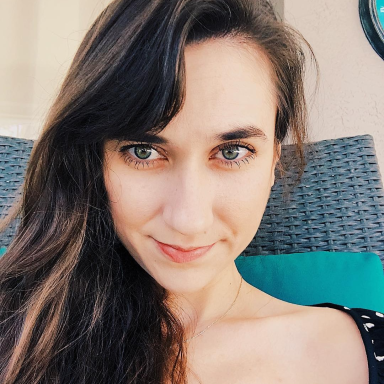 You’d always hear about the weather. The weather and celebrities and films being made in the same shops where residents drank coffee. When I moved to Los Angeles the skyline affected me. The wall of hills behind my studio rose up out of the dawn during long drives out to Santa Monica. The beach lapped against stones in the Pacific, revealing dark sea floors and passageways to continents that felt in reach. It was as if all other landscapes derived their sense of beauty from this one location, only mimicking what had already been.

I hadn’t envisioned the literal infatuation that Los Angeles would ignite in me. It hurt to love a city that much — hoping for things to work out on what felt like a romantic level. My heart would quickly tick inside me as if it might soon be broken, thrown out by a finicky sprawl of smog and self-esteem that rose from the star-stricken boulevards.

It became a daily struggle trying to not compete, to just be. You hear about people being perfect in Hollywood, but it comes in a form you don’t anticipate. Basically, moving to Los Angeles teaches you that people are good at things; they have a firm grasp on an art form that just might revolutionize the world. Being amidst that kind of blatant talent is intimidating, and somewhat nauseating if you feel you’re still searching for your niche.

I had enough friends — as well as a solid boyfriend — to keep me grounded while living out there. I never felt particularly pressured or insecure, just lonely at points. It wasn’t the loneliness that stems from being physically solitary or disjointed from a community, but the one in which your smallness becomes overwhelmingly noticeable. It’s that strange feeling of looking at the moon and realizing you’re standing on a planet in the universe — a speck in the expanse.

My smallness somehow kept me going, though. It showed me that every error I make is worth it. Because what difference does it make? In the scheme of things, my smallness allows for greater risks. If my risks fail me, the world will bounce back, forgetting what happened. And so will I. Somehow my smallness in Los Angeles made me resilient. I began to realize it was the effort of trying that made me matter. Failure to try became paramount to failure in of itself. Essentially, success was no longer mandatory, while willingness was everything.

I began exploring and putting roots down, though not too deep (my stay had an expiration date). I read scripts for a production company in Santa Monica — a job unrelated to my career aspirations — and gave it every ounce of determination I had. I ate truffle salt and candied apricots, walked Griffith frequently and developed a strong curiosity for nature, and even learned how to efficiently honk at someone for a minor mistake on the 101. I wanted Los Angeles to make an impression on me, leave me with some of the knowledge it had gathered from years of experience, of trial and error. In turn, I stopped trying to leave an impression on it.

Eventually, I left. I drove my car back across the United States to a small town in Maryland where things felt quieter. All I kept were the relationships and a bag of salted caramels from Joan’s on Third. I guess I also held onto the resolve that one day I’d return for good. I still hold onto that.

It’s weird how watching a film shot in Los Angeles stings, even now. Sometimes, I feel like I can’t even watch. I don’t want to see. It’s like listening to an album that someone who broke your heart turned you onto. You have to ease yourself into it, allowing for the fresh wounds to heal. If I can’t be there, I’d rather not be confronted with the fact it still exists. I know this feeling of loss will ease up as I get closer to returning, but for now it haunts me at odd times, reminding me of all I had gained for a short moment.

Looking back, I discovered the world in the containment of steel buildings and shifty apartment complexes that directed me to exotic restaurants and homes of friends I’ll read about in magazines in the coming years. And until I return, there’ll be a thread that, if gently pulled, will unleash the remnant wailing of a girl who misses something so profoundly that the prospect of its very being crystallizes all that hurts on this earth.

I've had sex on top of a mountain. On literal stone. It was painful.

What I’ve Learned In My Search Of Impacting Others