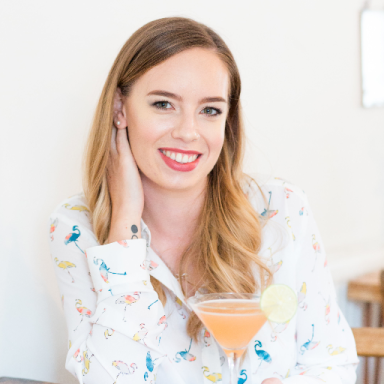 When my boyfriend broke up with me out of nowhere, I felt like an idiot.

All I could think about was the romantic post I’d shared just 3 weeks before to celebrate our 5 year anniversary. I was gushing away, talking about our relationship and how he was more than I ever could have imagined.

Now I’m not a gushy person. It’s only in the last year I’ve started to write the occasional romantic post because I was convinced we were forever.

The shame and embarrassment I felt kicked the sadness to the side as the thought of all our mutual friends, my friends, his friends seeing this loved up post only for us to be dead a few weeks later.

But as I work through these feelings and have these vulnerable conversations with the mastermind I’m part of, I’m reminded that nobody sits in their relationship waiting for it to be over.

Sometimes in life, the path we think we’re heading down veers off track. And yes, some of you will be rolling your eyes at this bullshit and when I’m stuck in the sadness, I roll my eyes too.

Nothing is certain and however much we think, we feel, we believe, if our path is supposed to change direction, it will.

And unfortunately, there’s not much we can do about it other than trust that everything is working out for us.

Yes, I know. You want to punch me.

At 21, about 6-8 weeks after meeting my previous boyfriend, I was at a party full of school friends. I spent the evening telling everyone how in love I was, how I was gonna marry this guy, how happy I was etc etc.

He came to pick me up from the party and I was eager to show him off to everyone.

I was head over heels.

6 weeks later, we were over.

He’d seen his ex on a night out and decided to get back with her.

I’d shouted my love for him from the rooftops, I’d told everyone with absolute certainty that I’d be marrying this guy and it turned out, I wouldn’t be.

The shame suffocated me.

Worrying that people would think I was a liar, deluded, living in a fantasy world – I just felt like a fool.

I truly believe that. I love love, I believe in love, I love being in love and however much it’s killing me right now, I wouldn’t change it.

In order to move on, in order to gain back some of your self confidence, you need to drop any shame you’re feeling from your breakups – past and present.

You have nothing to be ashamed of.

No over analysing, no feeling stupid or like an idiot, no more feeling ashamed.

You fell in love.

There’s nothing wrong with that.

And you’ll fall in love again.

And maybe next time it really will be forever.

But whatever happens, know that there’s no shame in falling in love.

Confidence Coach with a passion for travel, white wine & alliteration