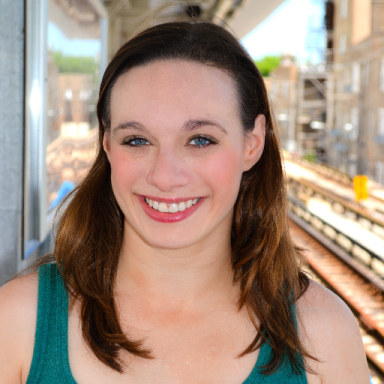 As a lifelong Harry Potter fan since age twelve and an LGBTQ+ ally and activist since age 15, when I joined my high school’s Gay-Straight Alliance group, I have some feelings about JK Rowling’s string of tweets and latest essay that defends her views on the “right” way to go about trans allyship and activism.

I know that I am in the company of millions of people when I say that Harry Potter has had a powerful influence on my life. Particularly because I read the first book when I was twelve, I was literally growing up with Harry, Ron, and Hermione as we came of age in parallel worlds. My friends and I dressed as characters for Halloween, joined online forums to “take classes” at a virtual Hogwarts (this was the early 2000s, before virtual classes were really a thing), attended midnight book release parties at Barnes and Noble, and gathered in costume at the movie theater for the film premiers. This description, while admittedly nerdy, describes the geekdom of many in our Millennial generation who identified strongly with the characters, were gripped by the plot, and found solace in the fantasy elements and overarching themes of love, friendship, and acceptance.

When I first read Rowling’s tweets, I was confused and disappointed, but also wanted to give her the benefit of the doubt. Rowling has long been a voice for center-left politics, a champion of advocacy for children’s literacy, and particularly those living in poverty. Perhaps she was just a bit off in her wording and spoke—typed—without thinking. But I continued to circle back to her tweet on June 6, which responded to using the phrase “people who menstruate” in place of “women.” “I’m sure there used to be a word for those people. Someone help me out. Wumben? Wimpund? Woomud?” The sarcasm here struck me as nothing else but surprisingly mean. So I dove into Rowling’s manifesto published on her website with as much of an open mind as I could muster.

Rowling started with taking issue with those activists who harass and verbally abuse those, including herself, who voice a different opinion, and she expressed the dangers of “call-out” and “cancel” culture. I can understand this, as I, too, take issue with the far-left’s inability to include people in activism if you do not “sign up” for the entirety of the platform. In this case, the exclusion of those who might have slightly different views on one topic but who are overwhelmingly progressive and have the desire to be activists is problematic and counterproductive, and I can understand Rowling’s point here.

That being said, as I read on, the issue of exclusionary practices under the guise of intersectionality or liberalism is not so much the problem in Rowling’s case. The problem ultimately lies in Rowling’s lack of understanding about what being transgender means. Without getting overly into the weeds of Rowling’s statement, she argues that transitioning—especially young people and most especially girls—needs to be taken with caution and regard. That doesn’t sound so bad, except her writing is riddled with unchecked non-facts about the percentage of people who transition and then regret changing genders and so detransition, the number of children who think they are trans and then decide later on that they are cisgender, and the number of young people who transition but might not know what’s best for them because they are on the autism spectrum. I don’t want this post to get into a fact-check line by line, but her percentages of transition regret and detransitioning seems to be at about 1-2%, and though there does seem to be an interesting possible autism-transgender correlation, with about 14% of those transgender participants having a diagnosis of autism in one study, that by no means indicates that these young people are not capable of making a decision on their own of whether or not to transition.

The second portion of Rowling’s essay focuses on women’s rights and safety. Rowling writes openly, possibly for the first time, about being a sexual abuse survivor, and I read this part with empathy and sadness, regardless of my agreement with her on the overall topic. However, she mentions this because she sees transitioning as something that is becoming increasingly easy to do in the UK (as someone who has not considered transitioning myself and lives in the US under Trump’s reversals of Obama-era protections, I don’t see that as true here, though I cannot speak about the practices in the UK). Rowling fears predators who could lurk in women’s restrooms and changing rooms, a trope oft-quoted by conservatives as a way to speak out against trans rights and a point which has little statistical merit.

Rowling also writes on women’s experiences being unique in our strength and power, if not marred by harassment and abuse. If I’m interpreting her writing correctly, she fears that by allowing anyone to just “become a woman” if they feel like it, it cheapens the lived experience of womanhood. Additionally, she quotes controversial American researcher Lisa Littman, who wrote that she observed whole friend groups seemingly and suddenly coming out as trans, pointing to the “social contagion and peer influences” of gender dysphoria. This point is probably the least well-researched and the most maddening. I’m not sure the extent to which Littman’s “research” has been peer-reviewed and thus debunked, but there are so many reasons why multiple friends in one group might discover together that they are trans, including similar interests, a mutually supportive teacher or mentor to whom they all seek guidance, an LGBT-inclusivity club or activity that they happen to bond over, etc. As we know, correlation is not causation, and anyone using their intellect and their heart must know that you cannot “turn” someone trans any more easily than you can “turn” someone gay (i.e. you can’t).

The issue here is that Rowling is not using the brains of a Ravenclaw, the courage of a Gryffindor, the heart of a Hufflepuff, or even the leadership of a Slytherin. I sometimes think of Rowling like she’s caught in a time capsule, still a late-twenties single mother writing the first Harry Potter on napkins and paper scraps at a cafe in Edinburgh, rather than the 54-year-old woman that she is. Not that age defines progressiveness, but the passing of time combined with privilege (wealth, heterosexual, white), perhaps, has influenced her more than we like to think. The problem is what do we now do with this information, now that it has landed in a pile of disappointment and anger, like a Howler on our doorsteps?

I think that so much of the sadness that we Harry Potter fans feel is due to the irony of the situation; she isn’t heeding the voices of the characters she created herself. While the books admittedly lack a 2020 vision of diversity and inclusion (I have since read fantasy novels with gay characters and gender-fluid characters—shoutout to Victoria Schwabe’s Shades of Magic series), Rowling penned, albeit subtly, Black , Jewish, Indian, and Asian characters among the ones to courageously take down He-Who-Must-Not-Be-Named. The Weasley family, all of them serving in some capacity in the final battle of Hogwarts, lacks the money and status of some other more “pureblood” wizard families. Hermione, muggle-born, is arguably one of the most triumphantly feminist characters ever written. Luna Lovegood is quirky and weird and is symbolic of all misfits. Tonks is a vaguely gender-queer rebel badass. Lupin is a shabby and lonely professor with a deep secret and the most generous heart. And I’m unsure which way this cuts, but debatably in a too-little-too-late and perfunctory sort of way, Rowling announced in 2007 that she always saw Dumbledore as gay. Although in a 1990s sort of careful and overwhelmingly white, Christian-centric way, the books are overwhelmingly filled with the themes of not just tolerance but acceptance and celebrations of differences.

Rowling also taught us the power of humility and the ability to change and become a better person. We learn in Harry Potter and the Order of the Phoenix that James Potter, Harry’s father, was arrogant and prideful in his youth, bullying the dark and brooding Snape. We see other moments throughout the books where a character does not project the best version of themselves. Harry and Ron snap at each other in Harry Potter and the Goblet of Fire, emotions coming to a head due to hormones and jealousy. Harry’s pride gets in the way more than once, as his hubris leads him to seriously wound Malfoy and throw a tantrum at Dumbledore, who was only trying to protect him in Harry Potter and the Half Blood Prince. Sirius Black, we learn, was also part of James’s gang who harassed Snape as kids. Snape takes his jealousy of James and longing for Lily out on Harry, tormenting him and his friends at school. The reason I mention these less-than-ideal moments is because, in the end, the characters come around and realize which way the moral compass is leading them. James changes with the help of Lily to become a better man. While I’m not sure he ever apologizes to Snape, he at least becomes a seminal member of the Order of the Phoenix and sacrifices his life, along with Lily, to save Harry. In classic redemption arc storytelling, Snape ultimately serves as a double-agent for the good guys and sacrifices himself for the cause. Ron learns how to be friends with a famous person without getting all bent out of shape about it, and Harry’s ego drops a few pegs as he becomes the hero he was born to be.

I write all this to say, why can’t JK Rowling act like her characters? If Rowling were writing herself, here’s what would happen. Rowling’s agent would delete or suspend her Twitter account for a while and would demand that she refrain from reexplaining herself on her website. Some of her friends would quite literally bop her on the head and tell her that she’s “completely mental.” Then she would begin the process of learning—a process she has said that she has already done because she “talks with trans people.” But this time, she would really learn and listen with an open heart. If she is interested in studies and statistics like she seems to be, she would read real studies in peer-reviewed journals that are promoted by GLAAD, HRC, and other notable and reputable organizations. She would issue a true apology to all of those who she has hurt. She would understand, as Emma Watson so simply and beautifully put it, that “trans people are who they say they are.” She would demonstrate that she is changed through writing, activism, education programs for children, and charities for LGBTQ youth. She would learn that trans people, particularly trans people of color, are a part of a particularly vulnerable community who need our support rather than doubt and skepticism.

I cannot say it any more perfectly than Daniel Radcliffe, who released a statement saying, “If these books taught you that love is the strongest force in the universe, capable of overcoming anything; if they taught you that strength is found in diversity, and that dogmatic ideas of pureness lead to the oppression of vulnerable groups; if you believe that a particular character is trans, nonbinary, or gender fluid, or that they are gay or bisexual; if you found anything in these stories that resonated with you and helped you at any time in your life—then that is between you and the book that you read, and it is sacred.”

Rowling taught a generation and more to stand up for what’s right. Now it’s our time to teach her.

I am a dance teacher, activist, feminist, and writer in Chicago.