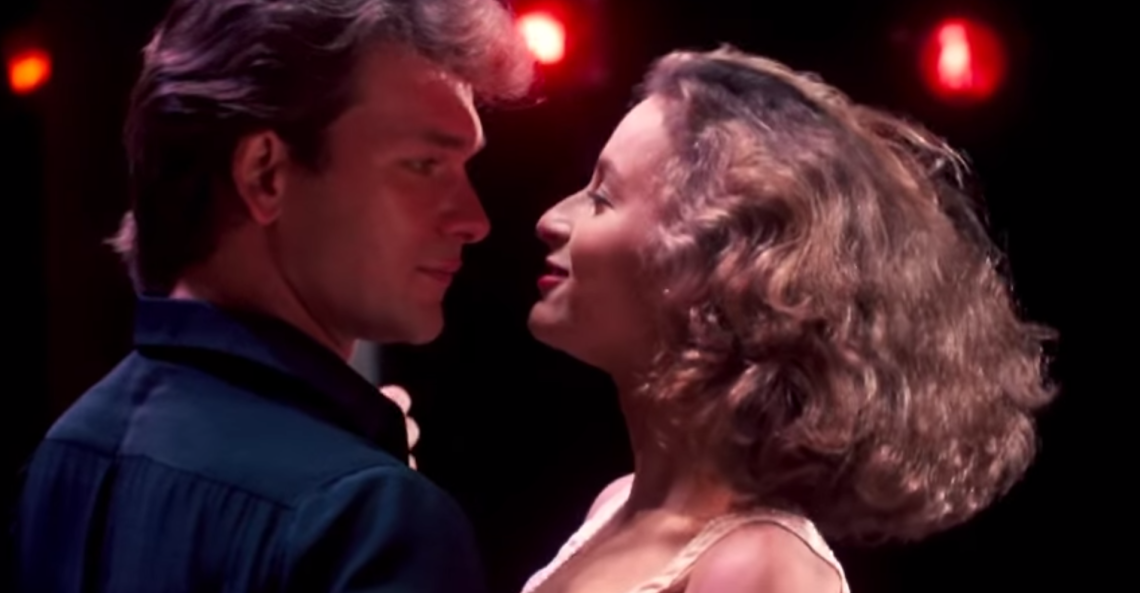 Dirty Dancing is the go-to breakup movie for Jess on New Girl.  It is also a go-to classic for all of us romantic movie junkies.  But Dirty Dancing is not just another feel good love story. It is also a thought provoking period piece, chock-full of life lessons that can be translated into normal everyday life.

Lesson #1: Always reserve judgment until after you have all the facts

When they learn that Penny is pregnant, both Baby and her father assume that Johnny is the one who knocked her up.  It is not until later that they find out that Robbie, the Ivy League educated, future doctor, is the actual father of Penny’s baby.

Also, when money goes missing at Kellerman’s, Johnny’s boss assumes Johnny is the thief.  In the end, the thieves turn out to be the Schumachers, a cute elderly couple that no one had suspected.

Takeaway: Just like you cannot judge a book by its cover, you cannot judge a dancer by his leather jacket.  Just because Johnny comes from the wrong side of the tracks, does not mean that he is a bad guy.  And just because Robbie comes from an affluent background, does not mean he is a good guy.  People are complicated, which is why it is important to reserve judgment until after you have had a chance to get to know the person.  And even then, it is probably still best not to judge.  After all, no one likes to be judged.

Lesson #2: Back alley abortions are bad

After obtaining an illegal abortion from a man who claimed to be a doctor, Penny returned to Kellerman’s butchered, bleeding and on the verge of death.  Without Jake Houseman’s care, she surely would have died.

Takeaway: Whether you are pro-life or pro-choice, there is no denying that back alley abortions are a very, very bad thing that should never be allowed to happen again.

Lesson #3: Everything worth doing takes work

Remember how much Baby and Johnny had to practice that dance before Baby got it down? Even after all of that, Baby still is not able to do the leap when they perform at the Sheldrake.  It is not until the big finale at the end of the movie that Baby is finally able to master that particularly difficult move.

Takeaway: If there is a skill that you want to master (be it dancing, sports, painting or whatever) expect that it will take a lot of practice.  But, in the end, it will be worth it.  And who knows?  You may even get to perform a leap and show off in front of your family and friends the way Baby did.

After fighting for much of the movie, Baby and her sister share a touching scene near the end of the movie where Lisa offers to brush Baby’s hair.

Takeaway: Sibling rivalry is alive and well in the world but, at the end of the day, the loving bond of sisterhood trumps all.

Lesson #5: Sometimes you do everything right and still lose in the end

Johnny did not steal the money but he still gets fired.  Why?  Because he fell in love with someone he wasn’t supposed to fall in love with.

Takeaway: Life is not fair.  Sometimes bad guys and bullies win.  This is just and unfortunate fact of life.  But let’s take a step back and examine the situation a little more closely.  What did Johnny really lose here?  A summer job that was about to end anyway?  A boss who thought he was a crook?

It is important to surround yourself with people who appreciate and support you, both in your personal and your professional life.  Johnny had personal support from Baby.  But, professionally, in his job as a dancer at Kellerman’s, he was undervalued and unappreciated.   Setting aside the fact that it cost him precious time with the woman he loved, losing his job might very well be a good thing after all.

Let’s face it, Dirty Dancing ends on a real downer.  Johnny loses his job.  Johnny and Baby have to say goodbye with the expectation that they will never see each other again.  It is all pretty depressing.

But then Johnny shows up at Kellerman’s, does a big dance number with Baby, and suddenly all is right with the world again.

Takeaway: The healing power of dance is undeniable.  When things are at their lowest, you can always turn up your music and dance your troubles away even if it is just in the privacy of your own bedroom.