The Global War on Terror has offered unique career opportunities for American veterans that past wars have not. The US military’s inability to recruit enough troops to fill the mission requirements in Iraq, Afghanistan, and other sites throughout the world has created the need to hire private security contracting firms.

Being a private military contractor allows a combat veteran to grab some of those big bucks that are usually reserved for those in the upper echelon or technical side of the military-industrial complex. Since well-paying jobs on the home front are hard to come by, it makes perfect sense for a man who was willing to fight in a foreign land for less than $20,000 a year to become a shooter for a six-figure income. If you’re one of these men, you come back with quite a bit of money in your pocket after doing a contract or six. How should you go about spending it?

1. Getting a sweet ride.

Now that you’ve spent a few of the best years of your life in a shithole country being the personal security for some faceless executives of Tax Payer Money Funnel Incorporated, you’re ready to live out your own dreams—unless you’re a closet hipster who has wet dreams about owning a Prius, which signals to the world you’re trendy, environmentally conscious, and gay. It will include one or all of the following: a truck, a badass sports car, or a motorcycle. 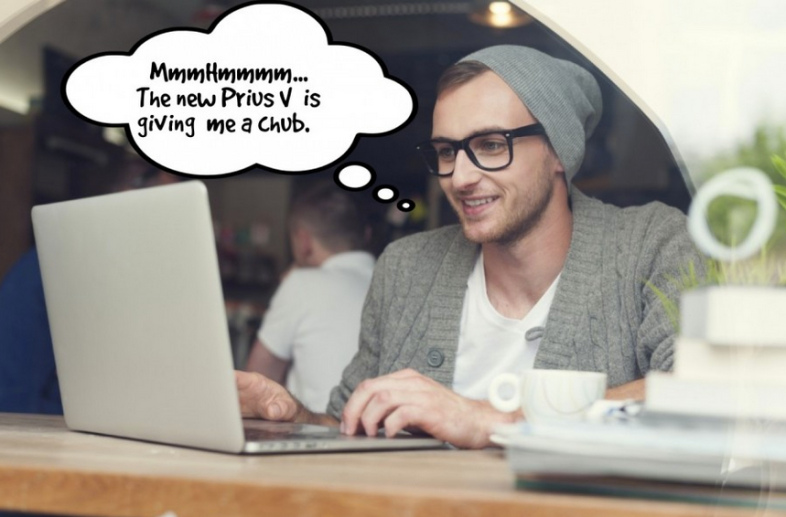 You’ve been stalking the vehicle that catches your fancy for months. Checking out every color and trim variations. Deciding which features and extras you must have: sound systems, limo tint, grills, and lift kits. You know what? Fuck it! Just murder that motherfucker out. Should you put 24s on it? You fantasize of cruising down an open highway with your hands in between the thighs of a hot brunette sitting in the passenger seat in a tank top who is barely able to contain her breasts and singing along to the latest Taylor Swift hit single because you’re confident enough in your heterosexuality to listen to pop music without irony.

You’re finally able to strut into a dealership like an OG gangster with cold, hard cash. You’re not playing any games; you’re getting the car you want.

“I have $XX,XXX cash,” you say to the shady salesman who is eager to take as much of your money as possible. “You will give me this car, at this price.” He’ll then try to swindle you by saying they don’t give special cash discounts. You’ll then be like, “Hey Broseph, I ain’t no dumb private just out of Basic that you can financially rape with your 18.99% APR loan you’re able to secure through a subprime lender because I got a secure job in the military. I’ve been contracting and doing my research. You’re going to give me the car I want, with the specs I want, in the color I want, and at this fucking price.” You then drive away with a gangster lean in your car because you just dick-slapped the dealership.

2. Taking a vacation that fully indulges your vices.

Sure, your friends and family back home will be eager to see you and have missed you dearly. But if you have learned anything from your years when you were in the military, it’s that being home on leave is pretty lame after two or three days. All your friends and family are doing their own thing. Even if you do show back up, you’re not really going to see them more than once or twice. Why sit around in your hometown where not much has changed when you can take a trip to a foreign place where the foreigners aren’t trying to kill you?

If Hollywood and music videos have taught us anything is that it’s standard operating procedure to celebrate your newfound riches with scantly clad women in an exotic location while snorting mountains of coke and popping piles of Viagra to combat chronic erectile dysfunction. However, since you’ve spent the last few months around men, your game with females may have suffered. No worries; the time-honored profession of prostitution is there to make sure you have someone who will pretend to care about you for the allotted amount of time that you have bought her. Make sure to hide your drugs.

Perhaps you’re not the hookers-and-blow type. Perhaps you’re the drinking copious amounts of alcohol, brooding by your lonesome, thinking to yourself how everyone in the bar seems like a pussy and you miss hanging around real men, awkwardly hitting on chicks, and then falling asleep as you jack off type. No matter; you’ll have a way better time in foreign places where your American brutishness will be considered a cultural flaw rather than a personal one.

An extravagant vacation may not give you any tangible assets, but it will give you life experiences. Think of all those stories you’ll be able to tell while you’re pulling security at your next contracting gig to break up the monotony of everyone bitching about who they think are total cocksuckers on the contract and bragging about how hard they were back when they were in the military.

3. Embracing your right to bear arms.

You can’t spend all your money on cool toys, travel, drugs, and hookers; you need to be an adult and make a responsible investment. A gun is an asset that assures the security of the rest of your assets. It insures that any person who intrudes upon your person or property will get two in the chest and one in the head. 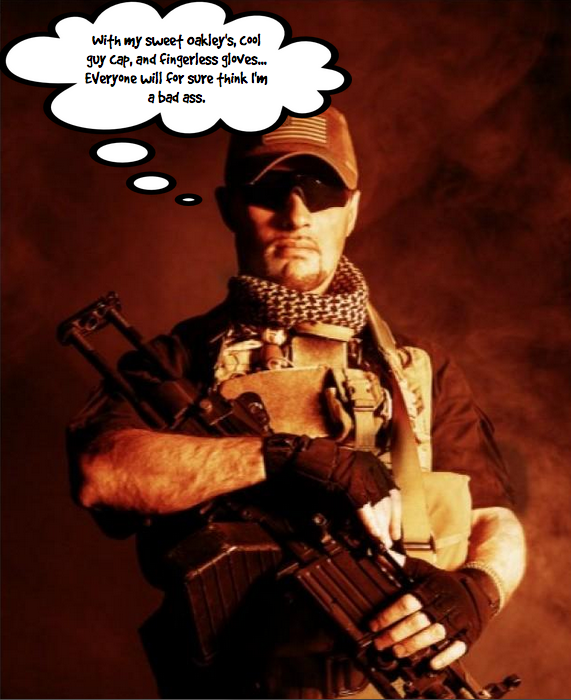 As much as freedom haters will protest, gun ownership is your right as an American. You risked your life for this country not just selflessly in your military service, but for personal profit when you became a mercenary—I mean, a security contractor. You’re the embodiment of patriotism and capitalism, two major principles in our mighty nation.

Now it’s also crucial that you just not have enough to arm yourself, but everyone in your household, and two or three of your closest friends. When Obama causes a nuclear holocaust, currency won’t be stocks or deeds, but weapons and ammo.

4. Getting yourself out of the rat race.

OK, you’ve blown your money from your previous contracts, but this time you’ve learned your lesson. You can’t keep on deploying anymore. You hate being away from your wife/girlfriend, kids, or dog. You need to figure out how to make your money work for you, not the other way around. While the pay is great, this isn’t a long-term career. You have to make plans for the future on the off chance that the zombie apocalypse doesn’t happen.

You’ve sacrificed and put a lot at risk for the opportunity you have now. You can use your money to start that business you’ve always wanted to start. Or invest in real estate to create a steady stream of income. Or learn a new skill set that actually has a market in the US.

You earned the money; whatever you do with it is up to you. You’ve been broke before and now you’ve gotten a taste of what making real money feels like. You know having money is awesome and it allows you to buy the things and experiences that make you happy to be alive. But it’s also a trap to keep you coming back for more and more. With a little smarts and a bit of luck, you can figure out how to have a sustainable income instead of being caught in the up-and-down cycles of being contractor-rich.

Read this: The Division of Generation Y
Read this: 5 People You Will Meet In The Army
Read this: Jumping Out Of Airplanes: How It’s Really Like
Air Force Army Cars Government GWOT military Money Motorcycles Navy Rich U.S. Marine Corp

20 Things About Love Most People Learn Too Late In Life