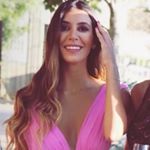 I’m somewhere in the middle of this book and I’m not infatuated by its cover anymore. I’ve grown used to its exterior. I stop and admire it less often than before.

It’s the substance. The plot, the twists, and the words. What lies in between its lines. The phrases that don’t make it to some sentences and the ones that do.

I was once charmed by the tidy mannerisms. Today, I disregard them for chaos and messy hair.

Some time ago, love was the end goal until love became loving someone not for who they are but rather for who they can be for you.

Like a masquerade ball, where the mystery is upheld as a hook for seduction. But what more?

This is to say that first impressions are rarely reflections of a ‘you’ and ‘me’. First acts are just there to set the stage.

This book is one I’ll never put down. The cover will crease, and the colours will fade. Its words will remain for lifetimes to come.

It’s those pauses. The full stops.

It was once the orderliness that came as pleasant surprise. Today, it’s the nervous smile and arched eyebrows.

Back then, love had the power to take away all that is flawed for a bliss of perfection.

Like a blind eye to the full picture. Like a masterpiece which disappears when the lights are of. But does it?

This is to say that the reality of us is far more intricate. Layered with all the people we have been before, the people who we no longer are and the ones we will become.

This book has ever-changing characters. In some chapters, there are people who cease to exist and in others, new ones introduced. The cover may become unrecognizable with years to come. The words will live on.

It’s not about the beginning or the ending but the connecting pages. The build-up. The collapse. Again. And again.

It was once the precision of thoughts. Today, it’s the overwhelming thoughtfulness.

First days and months, love was the potential of us. How we could change for each other to fit together.

Like living in disbelief that if we concentrate too hard on the future, we can blur the present. But doesn’t it take a blink to shift focus?

This is to say that there was a time when love was all there was. That ‘you’ and ‘me’ only became ‘we’ because of acceptance and humility.

It’s rereading the chapter. Folding the tip of the page for reference. The unconscious choices of how we treat our story.

Away with pretentious gatherings and mindless conversations. Tell me where you go when you’re sad and show me what you look like when no one is looking.

Like coming home. Where you can finally release all inhibitions of the outside world. Home was a place. Now it’s a person.

Rasha Abou Dargham is from the mountains of Lebanon, and has been keeping and shredding diaries since she was 7 years ...