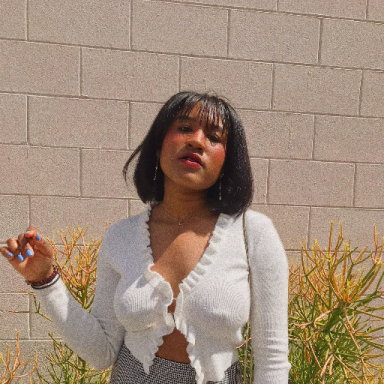 We live in a society where anger, and expressing said anger, is seen as taboo. Childish, rude, tactless. Oftentimes, anger is seen as a masculine emotion and very unbecoming of women or anyone seemingly feminine—mindsets like these become everyone’s greatest downfall. It’s 2020, women aren’t subjected to only those with vaginas, and the spectrum continues to broaden as our understanding of what the fluidity of humanity means. If that is the case, why is anger still so taboo? Why is it that cisgender men seem to be the only ones allowed to express it, even when they do so unhealthily? It may not be okay, but it is the norm.

I’d never been a very angry person—that is, until when my first manic episode occurred mid-2017 and continued until some time in 2018. After that first comedown, I became increasingly frustrated with myself and the world around me. I thought I’d had my first taste of happiness. I didn’t realize I had bipolar disorder at the time and I had no idea how to be anything other than the hopeless and apathetic person depression made me. So while my manic emotions began to fade, the heavier, angrier ones took its place—ones that made my tongue sharp. I had no idea how to express myself when I was hurt, leading up to a bubbling rage I never knew when was going to explode.

If I had known how to honor my anger back then, I might have avoided hurting people’s feelings and my own. I often go back to one specific day where my anger was bubbling just under the surface, waiting to boil over. I had a frustrating day at work, I was desperately struggling with money, my living situation was incredibly taxing on my mental health and I was in the midst experiencing my first comedown from a manic episode. A missed light on my way home due to a terrible driver, a broken phone, the stress of the day. Next thing I knew, I was screaming with tears streaming down my face as I bashed my steering wheel. Who knows what I looked like to the innocent bystander in the car beside me.

Even now, I struggle to remember what set me off so heavily that day, and it makes me think of other times I snapped on those I loved or on myself because of my unchecked emotions. What words could I never take back? What unjustified reactions had I succumbed others to? These thoughts haunted me.

Worse than the days where I’d snapped out in anger were the days I kept it inside—for fear of looking like the “angry black woman” that many people who look like me have experienced. I made myself seem small to accommodate for others, I let myself be hurt and disrespected out of fear that I would be seen as ‘less than’ for reacting justifiably. Having to teeter between knowing when to react to disrespect and knowing when to let it go is one of the hardest things I’ve had to learn.

It wasn’t until more recently that I learned that when hurt, sadness, disappointment, or fear remain squelched somewhere beneath my diaphragm, they quickly become uncontrollable anger. Anger is the type of emotion that builds slowly but rages frighteningly. But how does one truly honor their emotions before it gets to that point? How do you honor your anger?

I ask myself a few questions:

1. Am I feeling hurt, sad, disappointed, protective of something, or afraid? Is it a combination of any of these things? When boiled down to one main emotion, I find it easier to get to the source.

2. What or who caused me to feel this way?

3. Can I talk to this person or rectify the situation?

If yes: Talk to them, clarify their intent, express your side and try to be empathetic to theirs. Sometimes you just don’t have the full story. Work to fix the situation and get help if needed. Breathe.

If no: Find ways to express your upset, write a letter that you wont give to the person that hurt you, find a distraction or a hobby, exercise (if you like that), reassess your relationship with that person, try to understand what in the situation is in or out of your control, dissect your anger, pick it apart, breathe.

4. Am I taking something personally? sometimes it’s just not about you.

5. Will reacting make the situation any better? Most often, the answer is no, but if you do, choose assertiveness, not aggressiveness.

Before I work on any of the above, I give myself 10-20 seconds to take a breath and calm myself. For those of us who have a habit of speaking before thinking, this can be your greatest detriment and doing this stops you from hurting someone in the heat of the moment.

Going through my checklist helps me understand when and why my intense emotions begin to bubble up. Of course, any cookie cutter list in a blog about anger makes it sound much more simple than it is, but even having the awareness that there are steps you could take makes dealing with, and truly honoring anger, a bit easier. Honor it by acknowledging its existence and taking back your power.

always writing, even when it kills me.

I’m Interested In You. That Doesn’t Mean I’m Trying To Have Sex With You.

Here’s Why I’m Not Angry, Even Though My Marriage ‘Failed’

13 Things I Learned From Being Angry