Quit saying he’s not texting you because he’s busy, you know that even on your busiest days, you still make time for those you care about.

Quit saying she’s not calling you because she’s shy. She might be, but that will never stop her from wanting to hear your voice.

Quit saying that she doesn’t know what she wants when she’s hesitant about you, a girl always knows who she wants.

Quit saying that he’s not defining the relationship because it’s too soon and quit settling for an almost relationship or a casual one when you want more.

The truth is the more we love someone and the more we want them, the more excuses we make for them just to keep them in our lives — just to find a reason for them to stay.

But the thing about excuses is that they don’t change, we’re just numbing the pain not healing it and we’re just fooling our hearts not mending them.

When we make excuses for people who don’t give us much in return, we’re only letting them know that they can get away with treating us poorly, we’re telling them that’s it’s okay to treat us like we’re not important.

Because while we’re so desperate to keep making excuses for them so we can keep them in our lives, they’re not.

And sometimes it’s better to excuse ourselves instead of making more excuses for people who don’t want to be part of our lives. 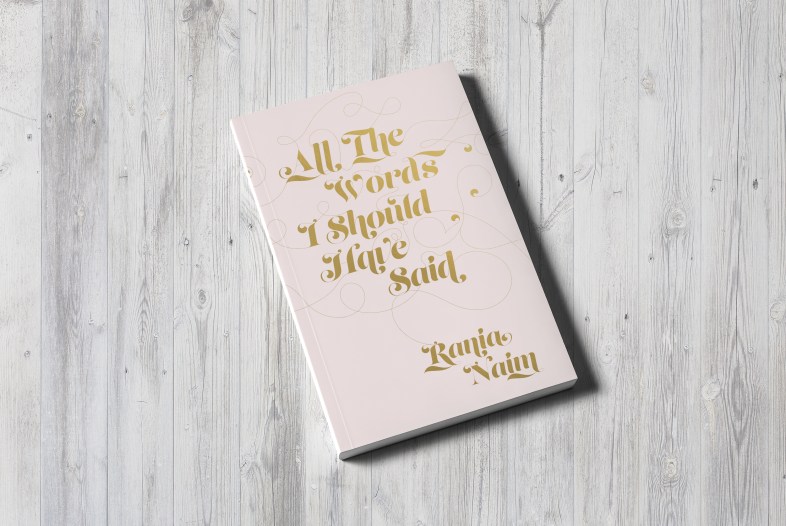 All the Words I Should Have Said by Rania Naim is available now in print. You should buy the book here.