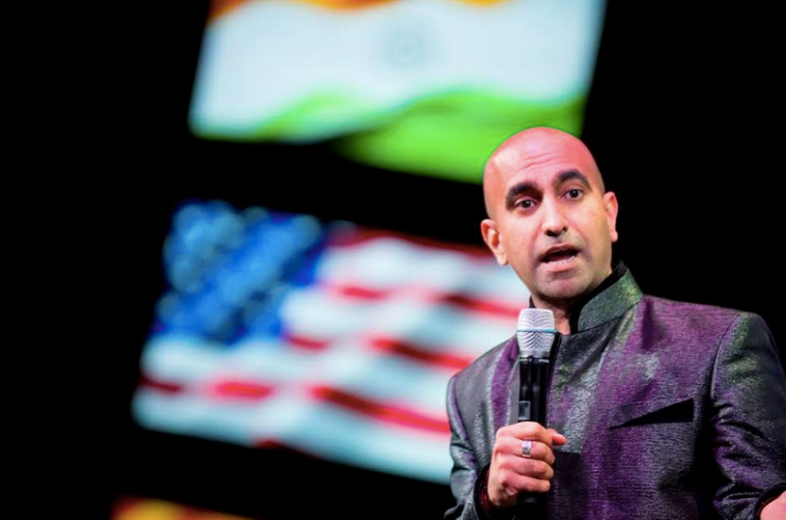 I often hear that my job is the hardest in the world. No. I’m not a President or a Prime Minister. I can assure you that Barack Obama and Narendra Modi have it tougher than any comedian. But ours is the most difficult of the performance arts. Why? Because with comedy, people know what they like. Let’s say you go to a friend’s jazz recital (or, since it’s India, her Arangetram). You might’ve left, thinking, “Well, that clearly took talent but it’s not my cup of chai.” Nobody in history has ever walked out of a standup show saying, “That guy was hilarious ‐ but I didn’t laugh.”

The modern standup scene in India is only six years old, so comics and audiences are learning together. But this doesn’t mean that crowds don’t know what they like ‐ that comes naturally. Comedy speaks; humor listens. However, the scene in India vs. America is night and day ‐ and not just because of the time difference. AM I RIGHT, PEOPLE?!

The Indian one is evolving rapidly, perhaps faster than it did in America. Is that due to a Newtonian standing‐on‐the‐shoulders‐of‐giants? The ubiquity of social media? The inherent genius of Indians? It’s a trifecta resulting in a perfect storm of standup. By definition, what excites me about performing in India is that it’s an ethnic homecoming. It’s an adjustment, though. It’s very different from when I performed there in 2009, 2012, or even 2013. Audiences are now more conditioned to Indian comedians so it’s heavily referential, with many set‐ups delivered in English and many punch lines delivered in Hindi.

During my previous three Indian tours, without fail, in every city, every reporter’s first question was, “How are you going to make Indians laugh when they have no sense of humor?” This was news to me. Indians don’t have a sense of humor? While the majority of my shows are for mixed audiences in the States since I do so many general admission comedy clubs, I’ve made my living for a decade by performing for primarily Indian audiences. And those crowds laugh. So did Indian crowds in India. However, this time around, on my fourth tour, I did notice that Indians were loathe to laugh at certain jokes about other ethnicities. India is amazingly diverse religiously, but for the most part, ethnically, India contains… wait for it… Indians! There’s not enough of a critical mass of Africans, Latinos, Asians, et al., for there to be a perception that they can defend themselves if picked on at a high level. There are four types of jokes in this category. Simple jokes about Indians? Belly laughs. Sophisticated jokes about Indians? Laughs. Simple jokes about non‐ Indians? Chuckles. Sophisticated jokes about non‐Indians Silence.

Perhaps the largest difference between American and Indian humor is that the former is self‐ deprecating. Indians now may be able to take jokes about themselves (enormous progress), but they have a harder time taking an Indian making a joke about himself. This is very challenging for an Indian American. I played the viola for seven years; there’s a principle in music that the closer you are to a note without hitting it, the worse it sounds. So, in my experience, when an African or an Asian or a Latino makes funny observations about Indians (a non‐Indian joking about Indians), the Indian crowd is far more comfortable digesting it than when an Indian American does. You alternate between being “one of them” and “one of us,” as it pleases the crowd. That ain’t easy.

As a comedian, I found it challenging. As a consumer, I couldn’t be more excited for Indian standup comedy: the country is finding its comedic voice ‐ and it’s truly something to behold.

For my fifth tour, I think I’ll dress up as a Latino and perform an Arangetram. Maybe the crowd will be more… jazzed.

Read this: Something Only People Who Read Will Understand

Keep up with Rajiv on rajivsatyal.com

Geno Bisconte: The Key To Getting Better At Anything