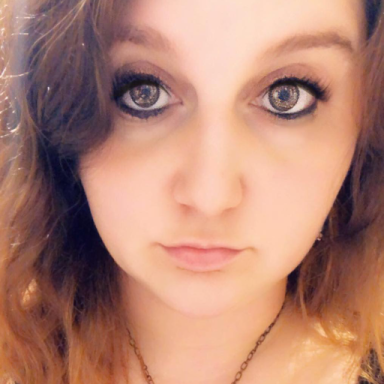 When you said you were in love with me, you threw us both onto a carnival ride named Responsibility that neither of us really wanted or asked for. Maybe you didn’t think so, but it happened fast, and I knew better. I knew it wasn’t real, and I knew better than to hold you to it. But it was out there in the universe, and you couldn’t snatch it back. It was floating around and occasionally latching onto me, like some lame party balloon with a static pull that’s been lolling around my house, clinging onto my clothes when I would walk by. The only way to get rid of one of those things is just to fucking pop it, or at least toss it outside. Well, I couldn’t toss you outside, and I couldn’t pop you.

So I just acted like it never happened—keyword “acted.” And I shouldn’t have. I should have told you how much those words matter and to not use them lightly. I didn’t, and so it floated out there in the great nothingness and I backed away. We both did. But it couldn’t be unsaid. I’d do anything to climb into a DeLorean and go back to five minutes before that moment.

Isn’t that how it goes sometimes? Things are said and then it’s just a joke. Haha.

It was a joke, a game, adults muffling loneliness, boredom, whatever, until you said that shit, and then it wasn’t. Saying “I’m in love with you” creates expectations. Whether those expectations are valid ceases to be the point. The point is, those words are not a joke. Not if you mean them. Especially when you don’t mean them. I’ll never know, really. It is your heart. I’ve given up on trying to figure it out.

So, maybe I was a fool. Maybe, for a split second, I believed you. Maybe it took my breath away. But in the next few hours, once I had given it plenty of good and hard thought, I forced myself not to. Trust me, you wouldn’t have liked the outcome had I decided to believe you. Maybe back in the day, I would have taken your words and ran with them and stuck you with some awkward, messy obligation, but I’m not 19 anymore, and I don’t want to do that to you. To either of us. I didn’t know what you wanted me to do with that information; just knowing it was sticky enough. I can imagine what you’re thinking. Friendship is a two-way street. I could have easily messaged you all this time, not waited around while all of this festered.

I don’t think you realized that it doesn’t just dissolve away when the moment ends. Plus, I didn’t feel like being the girl tugging on your shirt, whimpering for attention. Remember me, notice me! I’ve been that girl. My name is not Regression anymore.

I know that I don’t belong to you, or vice versa. I have no say in what you choose to do or how you spend your time. I’m not going to demand it, which is why I never reach out. However, I do have a say in what happens to my feelings and how I decide to protect myself. Hence, this letter.

So, I decided to get some distance. Distance was needed. Distance and perspective. It worked. My absence, combined with the new circumstances in our lives, helped slowly build a mountain between us. We need to keep that mountain between us. I’ve taken steps to make sure I don’t climb it again. Whatever lies behind your mountain is evidently good enough for you. Besides, I’ve got my own mountains to contend with.

Being picked up and dropped all the time isn’t the best feeling, by the way. I would have expected you to understand that. People saying one thing and doing another—I remember plenty of conversations about your love life that ended that way. So, I want you to pretend I am a 6,000 pound weight on the ground. Leave me there. Please. I know right now that you’re not really thinking that far ahead, but I am. I know you’re not thinking of me, but I am. Please don’t look for me. I don’t want to be found.

I wish you the best beyond that mountain, I truly do. We gave each other what we thought we needed, but any more than that and it’s going to end up getting ugly. And no, it’s not because you found someone else. You’ve had a few someone elses. This was a long time coming. It was coming from the moment you DMed me at 11 p.m. three or four years ago. I remember. I remember a lot, and I wish I didn’t. Sometimes I wish I would have never answered. Sometimes I’m glad I did. I can never really settle on it one way or the other. Maybe time will tell.

We haven’t talked for a while, and during that time I have given this a lot of thought. This is the only way this ends. At least, without some sort of drama or nightmare that results in horribly burned bridges, and let’s face it-we’re both too fucking old for that. We both know the real reason why we’re not talking as much, and to pretend otherwise is just delaying the inevitable. And don’t tell me that it’s not serious. I know that simply isn’t true. I know you. I know when it’s serious, even when you tell me it isn’t. And hey, whatever makes you happy. I mean it. Best wishes to you both. I knew one of these days that somebody was going to get you started on your life. Any delusions I ever had about that person being me came from a place of dishonesty from within.

I’m not denying that I said things, too, and for that, I’m sorry. It never seemed to really affect you, but I still never said half the things I was thinking. Pandora’s Box had been cracked; the last thing we needed was to open it. For my part, I should have opened my mouth a lot sooner. I just never thought I really had a right to.

The truth is, we might have been friends, but we were also crutches for each other. It doesn’t make our friendship any less real, but sometimes it was unhealthy. I don’t want that. You and I, we live too far apart. I loved someone. From what I’ve heard lately, you love someone as well. We boosted each other up when we needed it, and therefore became habits to one another. The longer a habit goes on, the harder it is to break. Unless, of course, another habit takes hold.

To be honest, I’ve gotten used to you not being around much. Since I’ve gotten used to it, I’d like to live within those boundaries. If you haven’t noticed by now, I am not good with inconsistent. Roller coasters, both literal and figurative ones, have never really been my thing.

Sometimes when you’d get all gaga over a girl and pondering about what it all meant, I’d ask you, “Are you in love with her?” And you’d say, “I don’t know” or “I guess.” It’s not something you guess. It’s something you know. Maybe you thought you’d hurt me with the truth. I don’t know. That should have been my first clue.

Therefore, when you told me you were in love with me, my brain instantly flashed back to those girls and you not really knowing, or just plain guessing. You can’t blame me for protecting myself. If the roles were reversed, you would have done the same thing. At least, I hope you would have.

You and I, we never made promises. There’s nothing you could have done or said in the past, and there’s nothing you could do or say now (if you wanted to) to change my mind. I can’t take this “you’re my closest female confidant, you’re different” one moment and “sorry, I haven’t spoken to you in four weeks, I’ve been busy‘” the next when we both know what “busy” really means. As for different, it turns out I’m not so very. And hey, like I said, I don’t own you. I just thought there was more to our friendship than that. Everything and everyone else disappears for you when you find somebody. I’m sure this is something some people might consider romantic, but you will have precious little left if you keep putting everything you are and have into one basket and then go on expecting it not to break. We, as humans, can’t be everything to one person. It’s too much pressure, and it never ends well. You can take that or leave it, but it never stops being true.

I’m not doing this to be petty. I’m doing this because I have a filthy habit of taking people at their word, and I need to stop doing that. If we didn’t really know each other, I could see where I could come off a little bitchy. But we do know each other, as much as time and geography have allowed. We’ve known each other for a long time. I was a good friend to you. I don’t deserve to be dropped like yesterday’s garbage again. And no, I’m not jealous of her, either. I coated myself in Teflon against that a long time ago, so if that’s even a thought in your head, let it go.

I love you, both saying it and having it said back, is a responsibility. Maybe you were just trying to make me smile, or maybe you thought I needed to hear it, but don’t take that on unless you mean it. For her, or whoever happens after her. One of these days, you’re going to say that to someone without knowing for sure, and they’re not going to let you off the hook. And then this letter will look like a winning lottery ticket in comparison.

They’re not just words, they’re not an anchor you attach to someone’s leg, they’re not an ego boost. They are something intangible that people will build hope on. I knew better. Someone else might not.