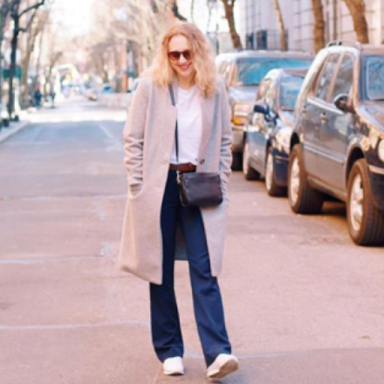 I’m about to make a bold statement, so hold onto your hats!

I love watching The Bachelorette.

I already know what you’re thinking. Yes, I know it’s generally degrading. I know it makes otherwise good folks look like imbeciles. I know I’m being emotionally manipulated by myriad producers and editors whose sole job is to secure ratings. I know, I get it. But, ain’t ya ever heard of a guilty pleasure afore?

Growing up, I watched only a handful of episodes from a couple seasons. I was first introduced to the show at 13, when I began to see Trista Rehn‘s face on the cover of every tabloid magazine at the grocery checkout. I remember being fascinated with the show’s concept. A bunch of dudes fight over one girl and then she has to pick her favorite ultimately making him the “winner.” But “winner” of what? Her heart? A game? Both? That sounds like fun!

Thankfully, as a young adult, I didn’t waste my time being sucked into Bachelor Nation (the title given to super fans, ya know like Dead Heads, Little Monsters, or Beliebers). No, as a young person I spent my time on more important things. (Like watching every episode of Scrubs and It’s Always Sunny in Philadelphia.)

It was until my mid-twenties that I officially joined the “Nation.” Now, the show has me dutifully plopped in front of a television set every Monday night.

And I’ve done a lot of thinking and asked myself some pointed questions: Why do I love this show so much? Why do I look forward to Monday nights with such fervor? Why do I ignore the unrealistic message it’s sending to folks about relationships and love? Am I morally obligated to denounce the show in the name of feminism while saving my own dignity?

While these are important and reflective questions to ponder, I already know the overarching answer is a blunt no. No, I won’t stop watching this show for the foreseeable future. But now, it’s time for my reasons…

Why do I love this show so much?

The simple answer (and arguably the most important): it’s entertaining. The folks who produce this show have gotten things down to a perfect science. They know exactly how to craft an episode or season’s trailer to leave you excited and salivating. Now, I’m not saying it’s great television. It’s trash. But like a crappy romance or dime-store novel, you just can’t help but turn the page. Or in this case, endure the commercials.

Why do I look forward to Monday nights with such fervor?

You know how folks love to get together for the Super Bowl? No matter who you are, how little you care about sports, or how much you hate Tom Brady, everyone LOVES to watch the Super Bowl. It’s a gathering. An excuse to get together with friends and family. A reason to pull out the old Crock-Pot and make Mom’s chili. A great opportunity to clink your beers and cheer on a team. Doesn’t matter which one, just pick a side.

You see where I’m going with this… Monday’s are an excuse to get together with my girlfriends and sisters. Drink rosé and predict what might happen after the commercial break. Will the cocktail party be canceled tonight? Is Luke P finally going the f*$% home? Then there are all the mid-week, post-show convos. Are you all caught up yet? What did you think of Jed? Yeah, I’m free for lunch on Thursday!

The Bachelorette is a really great excuse to hang out.

Why do I ignore the unrealistic message it’s sending to folks about relationships and love?

Let me rephrase this question: is it wrong for me to support a show that so inaccurately and unrealistically depicts relationships and love? I guess this question goes hand in hand with “Am I morally obligated to denounce the show in the name of feminism while saving my own dignity?” My answer to both is: no.

But let me tell you a secret: THIS SHOW DOES NOT ACCURATELY DEPICT HOW HEALTHY RELATIONSHIPS FUNCTION!

There. I said it.

No, it’s not normal to date 30 people at the same time. No, it’s not normal to “need” to hear that someone “loves” you after 4 dates. And no, it’s not normal to truly and firmly believe that a man you’ve known for less than six weeks should propose to you. My biggest pet peeve with the show — other than repeatedly hearing Chris Harrison say “The most dramatic (insert noun) ever is about to begin!” — is how contestants seem to forget that other people exist on Planet Earth.

“No!” they say, “I want THAT ONE!” And we all know that has to do with the chase and competitive nature of the show. It’s not so much that they’re in love with the Bachelor or Bachelorette, they really just want to win. And then, maybe they can go on to do something really great with their lives, like use Instagram to promote products they don’t even use themselves. FabFitFun codes for everyone!

Here’s the thing, the people that decide to go on the show, know exactly what they’re signing up for. They know they’re going to get to meet cool people, grow their Instafollowing, travel all over, and hey, maybe they’ll get engaged to someone. If it’s truly real love, they’ll stick it out. If not, they’ll announce it in an Instagram post and then move on with their lives, FabFitFun commission check in tow.

Oh and as far as my own personal dignity goes, I’m pretty proud of its current state and not watching a vapid reality show isn’t going to make me “better than anyone else.”

Now, let’s all cross our fingers and hope Hannah B. picks Tyler C.