Report This Article
What is the issue?
While scouring Netflix for something good to distract me from important things, I came across Legally Blonde. The more I watched, the more I realized that Elle is basically who I want to grow up to be.

Who knows this better than Elle Woods? Her “ring by spring” plan was completely ruined by her douche of a boyfriend who wanted a Jackie, not a Marilyn. First of all, ew; second, Elle turned out kicking a lot more ass than Warner so maybe plans aren’t all they’re cracked up to be.

Elle worked hard. Like, really hard. There are multiple studying montages set to kick-ass girl power music that prove it. She decided to become a lawyer and got into Harvard a few months later. She had a 4.0. She had a 179 on her LSATs. Even those old admissions guys watching her video were impressed.

3. Being nice to people is pretty cool.

There are too many examples in this movie to count, but a few of my favorites are as follows: Instead of plotting Vivian’s downfall, Elle decides to work on herself. She brings muffins to study group, is snubbed by Vivian, and STILL tries to be her friend. She slapped David Kidney across the face, which seemed counterintuitive, but she got him a date. She backed Paulette up when she went to see her greasy ex to get Rufus back. She pushed Paulette to speak to the UPS guy. The list goes on and on.

4. Guys can be sleaze bags.

5. Not all guys are sleaze bags.

6. Stop caring so much what other people think.

Elle arrived with a moving truck, a bubbly personality, and a scented résumé. People laughed, but she stood tall with Bruiser in her purse and a fuzzy pen in her hand.

Before Vivian realized that she and Elle were perfect BFF material, she was kind of a bitch. Elle showed up to a stuffy Harvard party in a bunny costume that Regina George would approve of. Instead of running home in embarrassment (which I 100% would have done) she embraced it. Work it.

Vivian and Elle had their ups and downs, but they bonded over Warner’s complete lack of common sense and they were probably in each other’s weddings.

9. All women are capable.

Discrimination isn’t in Elle’s vocabulary. Despite being portrayed as an air-headed sorority girl, she’s super nice. To everyone. She teaches a class on the Bend and Snap to a salon full of women of all different sizes, shapes, and colors. There are even a few men mixed in. Who cares? It’s a useful tool and everyone needs to know it.

10. Sometimes, the only way to solve a problem is to get your nails done. 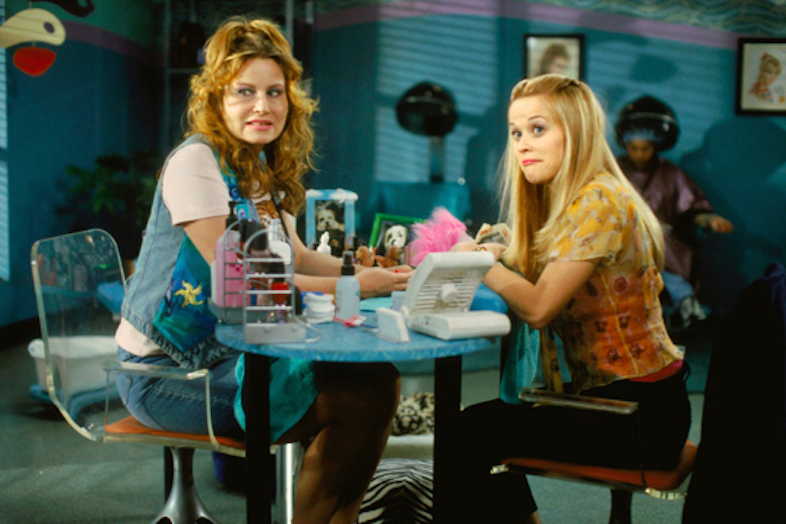 In Honor Of Elle Woods

‘Legally Blonde 3’ Is Officially In The Works