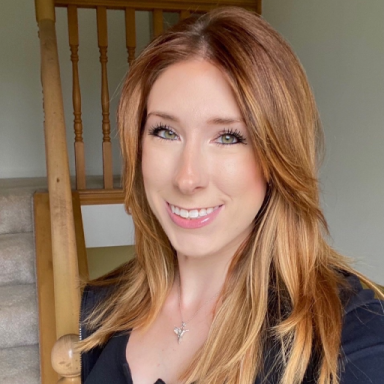 It’s one of those phrases that doesn’t mean much anymore because of overuse, and it’s one I’ve grown tired of hearing. It usually comes in the middle of a conversation with your well-intentioned girlfriends, huddled around the kitchen table, freshly poured moscato swirling in glasses, lamenting about your singleness under the 9-p.m.-chill-hour light.

“If you don’t love yourself, no one else will.”

While on the surface, it seems like a motivational notion, perhaps intended to serve as a kick in the butt, pushing people to love themselves more. And what’s wrong with that, right? But it can also be a truly polarizing thing to hear someone say, and a hard pill to swallow. Especially for anyone who has ever struggled with self-esteem and self-acceptance in the past. Like me.

In the majority of cases where I’ve been on the receiving end of this comment, the people who said it were happily coupled and often had been for quite some time. That’s not to say that I would dismiss their advice based on the sole fact that they were in relationships while I was single, the comment just doesn’t seem to hold as much weight or sound as genuine as it would if the speaker of those words was going through something like I was going through or was in a similar place.

I don’t think these words are accurate in the slightest, to be honest. I used to, but not anymore. Sometimes what a person needs to love themselves, to find value in who they are, is to feel someone else’s love directed at them. Sometimes having someone else love you is what a broken person needs to understand that they mean something to this planet, that they’re a significant piece of this life we’re all living, even if it is someone else who is helping them discover this.

I’ve never been a person who’s been very fond of myself. I’ve gotten a lot better throughout the years, but it has always been a constant struggle for me—adding one more kernel of “maybe I am an okay person” to the tiny but nevertheless growing jar of positive inner dialogues. Loving myself has never been an easy feat. I’m used to beating myself up and comparing myself to everyone else, so it’s been tough to purposely train myself to do the opposite.

But I’ve learned that you do have to have some sense of self-worth, some tiny piece of you that believes “I do deserve this.” Whether or not that’s a bursting ray of light—a heart-shaped symbol of “I love me” radiating everywhere you go—is a different story, and I think, quite frankly, impossible and improbable for a lot of people.

So many of the couples I know now were built on a foundation of two imperfect people, riddled with insecurities, self-doubt, and even self-loathing. But somehow they found each other and fell in love. And knowing they were loved by the other person—knowing that there was a soul out there who still wanted to be in their life, despite their flaws and mistakes and shortcomings—was enough to fix the broken pieces and help them feel that maybe, just maybe, they were someone who was worth holding onto. And the fact that there was another human out there who was actively holding onto them—with conscious, purposeful intent—was enough.

Becoming a person who looks in the mirror and truly loves and feels pride in the human that is staring back at them is a lifelong journey for many. And some people never quite make it. But that doesn’t make them any less deserving or less likely to find their soulmate, true love, life companion, or significant person. I think it might even make them more likely to find what they’re searching for. Because there are so many people out there going through the same struggles—doubting the paths they’ve chosen, rehashing the mistakes they’ve made, lying in bed at night with the moon their only companion as they stare at a black, blank ceiling, kept awake by the heaviness of the future’s uncertainty. And by the thought that maybe their future is full of loneliness because they can’t even become comfortable with the company of their own shadow, of their own being.

But the fact that there are so many people who feel this way, who think these same thoughts and cry over the same fears, inherently connects them to others—connects us to each other. And in this connection, I believe we are all bound to find each other one day.

Michigander who finds hope in words and things that flutter🕊