It always ended this way. Late afternoon and again in bed, staring at the wall. 3 pm…it could collapse you, the way the sunlight comes in, angular, moving, to only again disappear.

This is what I most remember from that last year of my marriage: the bedroom and its ephemera, a nightstand disarrayed with cups of coffee, wine, whiskey– all of them gathering dust.

In the first year or two as a wife, I tried to wake early, rising when he did, gathering a point of focus, the impulse to work… but then came the certain permutation, abandoning all other rooms of the apartment to feel myself drift.

Here, in the bed, I could sing it under my breath: “Do you knowwww… that I am going… to leave youuuu….?”

It was a game that began in anxious idle. He would be late and in ten minutes you would span the entire motion of possible tragedy: First, panic– what if?–then mourning his death before you inevitably harden, move on, logically piecing together a life bereft; some way to go on living in New York… without living off of him.

I stare at the wall, waiting for its answer. Who was it that taught you… it’s money…that’s the medium of opposition through which love moves? The wall contains only this reality: You were never going to work a regular job, were you? Why would… how could you?

At 6:45 he would be home, the man you married when you were too young… but you said yes, like all sweet, trashy girls were taught to do.

He was never going to leave you, this you were sure of, as you texted, swiping left or right on the endless procession of men, all of them strangely similar; some of them– much to your dread– say they’d just recognized you in the neighborhood. You begin staying up late, phone buzzing, typing furiously in various tabs, scrolling up and down the chat bar for the names from your past. Someone should just get all of them together in a room, every man you ever slept with, it could be a sort of reality game show– could they guess what they had in common?–the whole thing building to the crescendo of an emotionally tense gang-bang.

As a woman, it’s easy. It’s almost too mundane to admit…it’s betrayal that is inevitable, right?, betrayal that makes us human…but I revel in hearing it aloud: I am the cheat. I am the one in the room called slut, exhibiting all that usual rebellious lack of shame.

He arrives home at 6:55. I am stoned, music’s making a cacophony on the speakers, the indica bestowing on me a false calm, the promise that my thoughts could be whatever I made them… maybe I hadn’t been depressed but had only needed to listen to music. Or else maybe it was just the time of day… that tense air of afternoon… 3 pm: A certain void threatening to absorb, not only, the entire notion of a self but the whole damned room– all of it sucked into a mundane vortex.

“Hey,” said the husband, entering with an air of annoyance, in that way of coming into the apartment as though he were leaving it. I adjusted the volume, sensitive to his vibe but annoyed.

What did it mean to be the one who needed to have this done to her? Whose only want was to be wanted?

“Does your mother think of you as a Jean Rhys character, the way you do?” asked the man I texted with earlier.

I thought of this, pleased in secret, as my husband removed his shoes, talking about his workday.

It seems that woman is the more natural cheat; or at least as a woman one has more visible options, it was hard not to have a go.

The first infidelity came before the wedding: A name or face I couldn’t conjure, but the memory of a drunken cab-ride somewhere, the intention to only kiss, but then he was laid back on a sofa, unzipped to reveal a cock too healthy for me not to straddle, bored and drunk, out of some loyalty to my greed.

In my marriage, I really learned how to do it: To re-channel, to fetishize the guilt… but then I’d had training, a minor cultivation of the domestic sexual realm.

My husband is talking to me about his work day but I’m not listening, instead, I’m worried, I sense some sort of irritation, maybe he’s upset with the messy apartment, the stench of garbage in the kitchen. He puts in a set of earbuds to watch a TV show and my anxiety peaks, but it’s still manageable. With the aimless focus of marijuana, I decide to engage my life. I will clean the apartment.

I gather the socks and underwear from near the microwave, where they have been flung, and scoot the hairbrush away from an olive oil spill on the counter.

Nearly dancing, I start to sweep but then remember that I had wanted to change the music, to pee. I abandon my dirt-piles and am greeted by the reality of the mirrored bathroom cabinet and its inward objects, always in need of some more perfect arrangement. I group the bottles of creams and cleansers, focusing intently, seriously, semi-aware of some distant part of myself thinking that someone might want to come over soon and photograph these things for a sort of personal art project or else to “profile” me as a young woman living in Brooklyn– it seemed, somehow, in a far-flung part of myself, completely plausible.

I return to my broom and its little piles of dust, now trailed around the room. I glance at my husband as he sits on the sofa, sipping audibly from a glass of vodka on the rocks, staring at his laptop, watching TV.

Why was I the only one cleaning, anyway? I began to grow irritated, turning so that I was staring at him as I swept in long slow drags.

I realized, a few times, that I had stopped for a long pause and was just holding myself against the broom. I could sing it here, tenderly… “Do you know…. that I am going…”

We had tried it once, a few years ago. Once a week, sitting together on the sofa, the therapist asking us in a practiced, soothing manner: So what happened this week?

“Well,” I had begun, though not really wanting to, “There was the… glitter fight.”

I explained, with a stony expression, that my husband had left me, drove off and left me for upwards of twenty minutes, without warning, at a Sephora in New Jersey because I was buying cosmetic glitter, which he hated.

“I asked her twice to please not buy it,” he said, all of us somehow remaining serious.

“Why did the glitter upset you?” asked the therapist, flatly, leaning forward.

“You open the glitter and it gets everywhere,” he explained, “You just can’t stop it.”

Cute, but maybe unfair. It wasn’t one of our regular fights, the recent more defining ones, which took place, always, in bars or just outside of them–each of us too angry and drunk to recall things we had just said seconds before–screaming, crying in the street, never quite able to piece together the following day what exactly it was we had been arguing about.

I am forming several dust mountains in various areas of the room as the washing machine goes off– calling to me with its little melody. 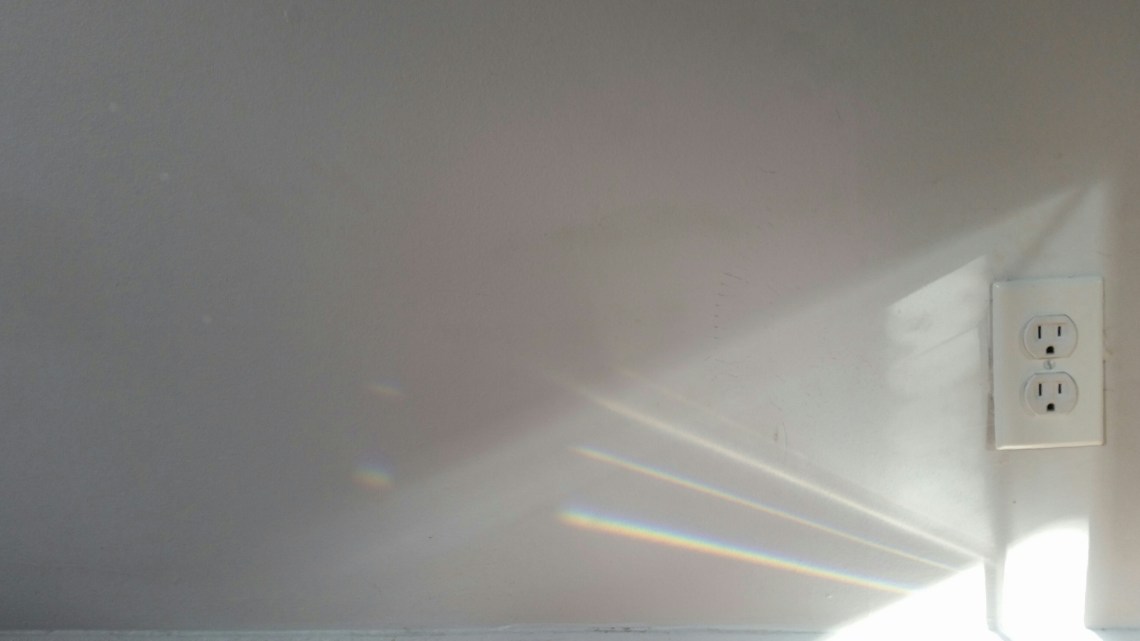 How was it that, in Brooklyn, in this modern age, I had wound up in such an assignment: The one in the room called Wife, bound in spiral-dance to major appliances. I worried, always, when I closed the machine door that the cat had somehow gotten inside. I opened the latch again to be sure, obsessively, needlessly, before letting it fill with water.

I wondered, had anyone ever suicided that way? By putting her head into the machine and letting the stream wash her over, knocked unconscious by the metal tumble… so that she was survived only by wet dresses…so that she was brain matter rising from the foam.

How did one live without relying on someone else for money?

Back in bed, I stared at the wall with a sense of motility– a desire to orbit some sort of revision, a difference felt in the skin, somehow chemical, not as in XX or XY, or as in joy and fear but only in the profound notion of “yes” and “neither.”

But then something was nagging me, something vile and dingy, and I remembered the trash– its stench!– I yelled to my husband, something about taking it out, and he sighed, annoyed, “I don’t know why you’re cleaning right now, anyway,” he said, toward the bedroom.

“Because this apartment is disgusting and it’s making me depressed,” I answered, from the bed.

Because my eyelids are disintegrating and my hair is beginning to petrify. Because a house is already an anxiety of angles, formed by the uncertain debris of demands that have sprung.

In bed, I am again flipping through messages from men, offered in order of their proximity… men writing to me from less than a mile away.

Not that one ever needs an advice on how to cheat but I could offer the obvious… the rules about deleting texts, changing message settings so they don’t appear in the phone’s window, using the advantage of travel…but really isn’t the whole world around you the guide to cheat? Thank god for the popular ridicule of love and romance! For the lack that exists in relationships, which highlights room for another, for another shot at all that celestial intoxication, the chance that love’s clairvoyance might again hit, this time more direct.

When my husband comes to bed, he asks who I am chatting with.

And doesn’t the lie come easy when you sense that the entire situation in which you are questioned is a sham itself.

And the entire situation sensed as a performative sham… isn’t that just the whole of existence, as a woman? 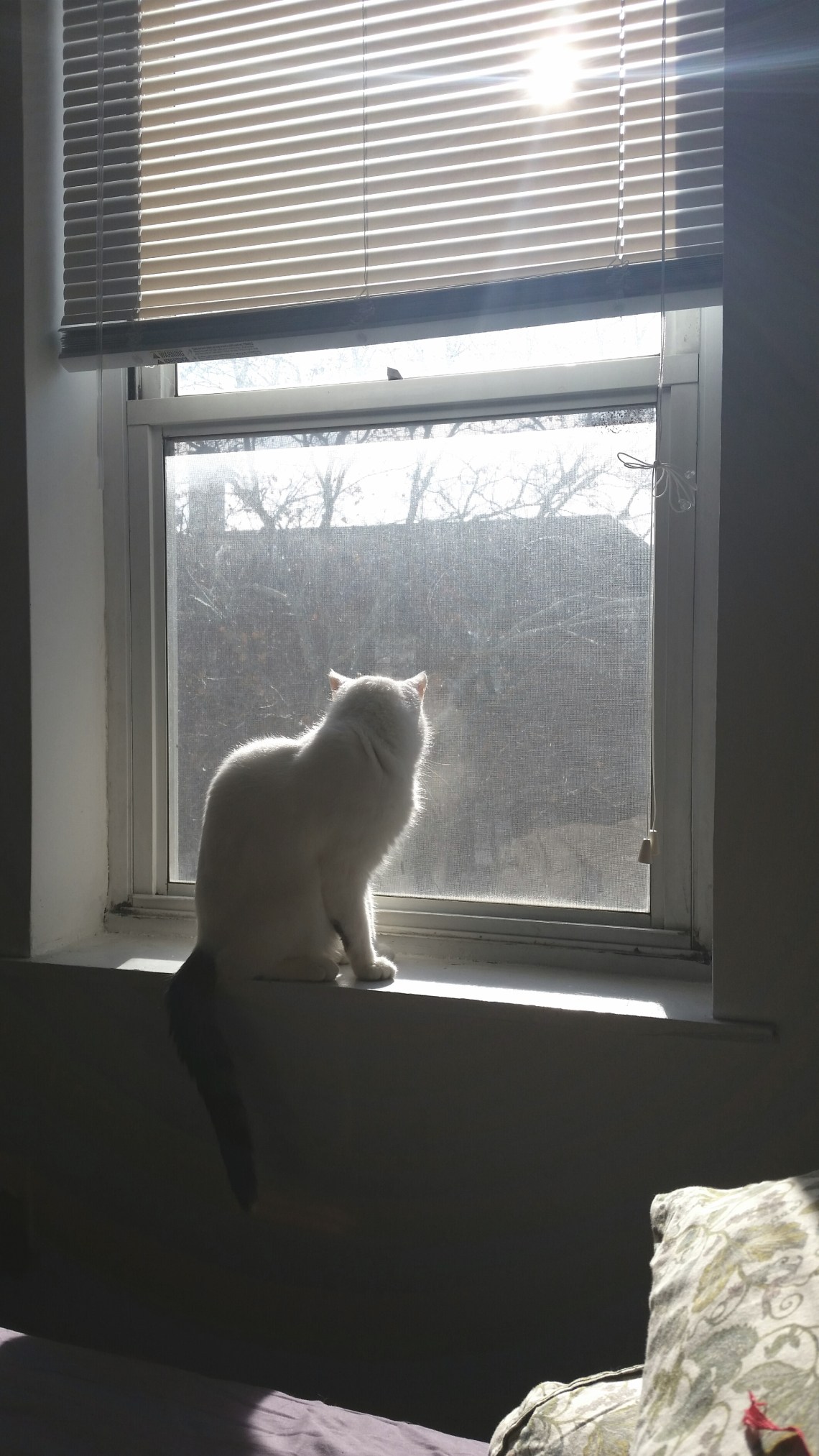