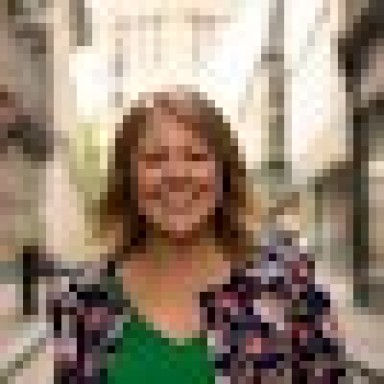 She pretended to be asleep on the sofa as she heard him packing his things in the bedroom. It was early, the sun was glistening through the balcony door. She could see the light that was crisp and clear, it showed the thin layer of dust on the hardwood floor.

He opened the bedroom door, placed his bags on the ground, and walked over to her. Her heart was racing with fear and anticipation of what was coming next.

He nudged her side to wake her and she slowly opened her eyes. She sat up and looked into his eyes, it was clear he hadn’t slept.

He looked at her and the silence felt like an eternity. He said he was leaving and headed towards the door. She followed him and watched as he picked up his bags. He paused and waited for her to open the door. She whispered she was sorry, the only words she could formulate. They had spent the night before arguing the same fight that had been cyclical for the 12 years of their relationship. She was done, he wasn’t.

She had visited an astrologer who read her birth chart a short time after this and was told that they were wound partners. Both had been hurt during their youth and needed each other to heal, she healed but he hadn’t. This description couldn’t have resonated with her more, it was exactly how it all felt and suddenly rid her of the judgement that the words ‘divorce’ can quickly mean. She never felt like a failure by ending the marriage, however she never thought she would say she was divorced.

Once she let go of the label and definition that can quickly come with it, she realized she had gone from seeing the world in black & white to color. The moment he walked out the door that early June morning she felt awake in a way she had never felt before.

She didn’t want to cry, she didn’t want to laugh, she just wanted to be. When she allowed this sense of ‘being’, she quickly learned how to let go. She let go of the past, the future and what meaning was attached to both. She learned how her perception of the world built everything around her, and how she had the ability to change it.

She went from sleeping the days away because she didn’t want to face them to not wanting to sleep, in fear of missing out on life. She started to feel again. She started to be more inquisitive of what lit up her soul, the essence within, which she had numbed for so many years. And with this revived awareness she surrounded herself with the people, experiences and love that only gave her life rather than what took life away from her. She found her voice, which had been tucked away for far too long. Through her voice she learned the power of ‘yes’ and ‘no’ and what those choices can bring.

Will she regret this relationship? Never. Without it, she wouldn’t have learned to stand up and ask herself if there could be more. Life will never come with a guarantee, however she is more comfortable stepping into the unknown and trusting that nothing needs to be as hard as she once made it out to be.

Her life suddenly became beautiful again, because this is how she perceives the world around her.

Im at my best when I’m free