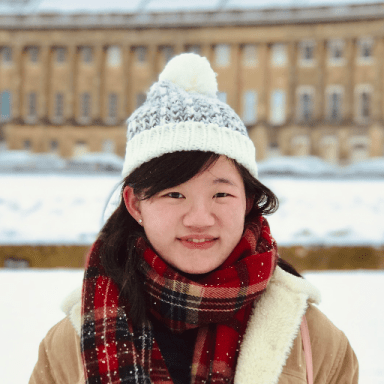 “The silence depressed me. It wasn’t the silence of silence. It was my own silence.” – Sylvia Plath

At times, the silence that reverberates around the world can be deafening. The moment when family and friends and everyone you know seem to have deserted you. When those entwined roots that were once bound so tightly are unlaced and unknotted until the last remaining shreds, barely holding, are straining to snap. Then you come to realize that the most deafening silence of all comes from within the depths of your heart.

The bitter realization that all this destruction stems from yourself and you alone comes crushing down on you like bricks. Once again, it reminds you of how pathetic you are as a human—so inadequate, so worthless, without meaning—when juxtaposed with all the beautiful, talented souls in the world. Am I the very definition of failure? you ask yourself. The unanswerable question of the purpose of your very existence, which is only met with silence, haunts you over and over again—for every hour, every minute, and eventually every second of the day—until the tempest threatens to drown you in a surge of black wave, flooding your lungs so that each painful gasp for air is a statement of the simple truth: You don’t deserve to live.

When people beside you begin to feel the overpowering waves of darkness gushing out, they ask you for the reason for your melancholy—another inexplicable question to which the answer lies at the dead center of a highly intricate maze, where you twist and turn only to be met with dead-ends, confined for eternity, unable to proceed nor escape. It accumulates with your infinite rings of questions—not unlike tree rings of a fallen tree—only you failed to outrun its relentless expansion and eventually gave up on hurdling over each ring to reach the tiny dot in the middle where all things begin. Or because, perhaps you are haunted by the fact that at its heart lies you.

You yourself are the reason. The problem. The predicament.

But then this response would most certainly guarantee raised eyebrows, the disdain in their eyes barely contained, struggling to comprehend the ambivalence of your answer, before coming to the ultimate judgement that you, of all people, should be grateful for the life you have right now when so many others have it worse. And so justified they are, for you are in absolutely no position to be drenched in pools of misery. That is what marks you as a self-centered person, a selfish person, insensitive to the hardships the rest of the world is going through.

Still, despite all the judgement and condemnation, each day you find yourself poised on the that very narrow edge that marks the borderline between this world and the next. Just one step. Off from the solid ground. That simple. Flipping right to the last page of the book. The end.

So what makes you hesitate?

Maybe it is the slightest tug at the knot in your chest or a momentary calmness at the eye of the storm, just enough to remind you of unfinished business.

After all, it is a giant leap, an irreversible decision, one that you have to make without any lingering regrets. Because deep down you don’t really want to die. You just want to cease to exist, because it’s too much, the weight of your dead soul inside the empty shell of a body.

Outsiders deem this choice as cowardice. If you have the courage to face death, you should have the courage to solve your problems. So they’d say. What do they know of our problems? What do they know of feeling dead inside? This is not about a bad breakup, a fight with a best friend, failing an exam, or getting rejected by your dream university or your dream job, etc. Or maybe it is all of the above that drives you to this point, but it hardly matters now. It’s already beyond things you can count and fix. No, this is about everything. This is about the life we’re trapped in. As egocentric as it sounds, this is about us as a person. This is about who we are. And how much we hate it. There’s only so many times you can fix a broken vase.

But they also say there is hope for everything. At least this much is true. Even a dead soul can be watered back to life. We need to believe that.

At the heart of all darkness blooms a dandelion. Try replacing yourself with the dandelion at the heart of your maze. Thousands of its feathery tips lacing the edges of the seed head, forming a perfectly circular ball. Pure at heart. And when you blow it, the iron shackles chained around your ankles will loosen up and the thick curtain of fog enveloping you from the rest of the world will lift. Eventually. Dissolving into thin air. Fading into eternity. Becoming mere memories. Everything shall pass. With time.

All you have to do is to find your own dandelion.

A lover of words and beautiful stories.

Everything I Learned About Our Breakup Four Years Later