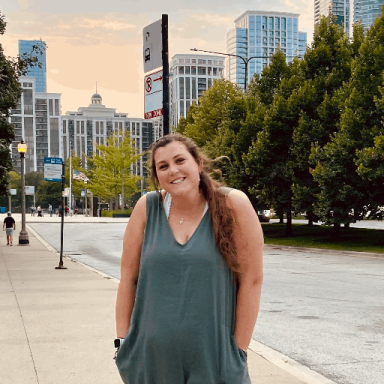 After having deep talks with some close friends lately, including one that involved going through the entirety of my messy dating history, I have realized that there is so much wrong with modern dating. There’s this cycle of hookups, dating apps, almost relationships, and non-commitment within society that as a generation we tell ourselves is okay. That as people, we tell ourselves is okay and we willingly jump into a world of overthinking, ghosting, one night stands, and pain.

We tell ourselves we are okay with all of this.

But, the fact is that we’re not.

We grow up as hopeless romantics, watching movies like The Notebook and we listen to cheesy songs by Ed Sheeran with the hopes that someday we’ll find “the one” just like they do in the movies.

We jump into this world of non-commitment and still tell ourselves we will have this epic love story but then diminish our worth by talking to boys or girls who really don’t care about us. Or we make excuses for their behavior in the hopes that maybe just maybe they’ll give us the attention our hearts long for. We just keep accepting the love we think we deserve from the wrong person at the wrong time.

When you are created to love and be loved but then don’t allow yourself to do that equally, completely and authentically you are slowly tearing away at your own heart. And maybe if you’re like me, you won’t allow yourself to know that you’ve been hurt until months later and you’re talking about it with a friend over a vanilla latte. Because let’s face it, dating apps and hookups and all of it just leaves us feeling unsatisfied and worthless.

Well, after realizing this I want to change the narrative. I’m tired of “talking” to guys and having years of these confusing almost relationships. I’m tired of looking for something and someone that I know I will find when I’m ready in God’s timing. I’m ready for self-improvement and girls’ nights out and people finally knowing their self-worth by giving themselves the attention that we all so actively seek in others.

Maybe you’re reading this and judging me, maybe this is what you finally needed to hear, and you’re ready to change your own story. Maybe you don’t care and you don’t think you’re lost in the same world I am. That’s okay. Know there’s a lot of other people who have no idea what the fuck they’re doing either and we’re all just trying to figure it out together.