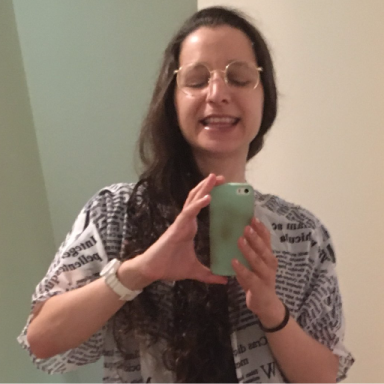 As soon as Americans invented the suburbs, and the subsequent suburban lawn, people became obsessed with not only whose grass was greener, but also whose life was more admirable. In apartments, there are close quarters and fewer secrets, sometimes with neighbors’ indoor conversations within earshot, and in rural life, there is much privacy, but something about the intermediacy of suburban life was breeding perceived jealousy along with white picket fences. Social media may have at times exposed all participating people to this suburban feeling globally, in which you see something, but do not hear the whispers. After over 15 years of social media, however, and rural, suburban, and urban living, I personally suppose that the grass is greener on neither side.

Maybe your friend is going to graduate school and you are not. Maybe you are going to graduate school and your friend is not. Who is happier? You could think something horrific like, “I would never abandon my job and my coworkers to go back to school.” Or, “Other people could never accomplish what I’m doing in graduate school.” Honestly? If you want to go to graduate school, just go. If you don’t want to go to graduate school, don’t go. Either way, it doesn’t guarantee career success. You are probably just as happy with your own decisions as your friend is happy with his or her own decisions. There are some amazing people in top positions who didn’t go to grad school. There are some people who have left a job to go to grad school and then had problems finding work afterwards. Maybe you didn’t know that there are some jobs you literally cannot get unless you go to grad school, like being a tenured college professor or a public school teacher. Sometimes people really value education, and the educational system, and never want to stop learning, sometimes even seeing it as religious fulfillment or as self-care to nurture the mind. You could argue either way that somebody is better off, or not better off, with having gone to graduate school. It’s expensive, and you could have donated the money to charity. Somebody else would spend the entire tuition on a new car when their old car worked fine. Overall, you don’t know who is happier. Basically, it’s probably about the same.

You could make the same kind of arguments on either side of each issue for so many other situations. Our neighbors on one side are sending their kids to camp, while we are sending our kids to summer school, and our neighbors on the other side are going on vacation. Who is happiest? Nobody knows, and nobody cares. Nobody should care. Also, the happiness level for everyone is probably about the same. Stick to politeness. Find the positives to each situation. “How are they liking camp?” you ask. “It must be nice to get to be immersed in a new and exciting environment!” Nice. “How is summer school?” they ask you. “It must be nice to not have the new school year feel like your brain is jumping into a cold pool!” Nice. “How was vacation?” you ask your other neighbors. “It must have been nice to have spent time together in a Disney setting!”

It’s easy to cruise around and mindlessly look for the greenest grass, literally or figuratively. As a gardener, my hypothesis is that heavy sprinkler use can sometimes produce the greenest grass, because the roots are dying from rot and making a compost in situ beneath the grass from which the grass above receives massive amounts of nutrients. But the roots are rotting, so it won’t stand up well to drought unless you just keep the sprinklers going. Will the grass be more prone to die in the winter? One family has a lawn that’s very green, but physically weaker; another family has a lawn that’s less green but is physically stronger. The lawns are equal.

In any event, the only decision I need to make now is whether to wear a skirt or pants tomorrow. I think I would be just about as happy either way.

In A World Full Of People Who Leave, I’ll Stay

6 Things I Learned As A Girl Who Has Basically Everything

When The Grass Isn’t Actually Greener On The Other Side

Nobody’s Grass Is Greener Than Yours

To The People Who Have Been Told That They’re Quitters, This Is For You

14 Married Men Explain How They Gave Up The Single Life To Commit (Finally!)