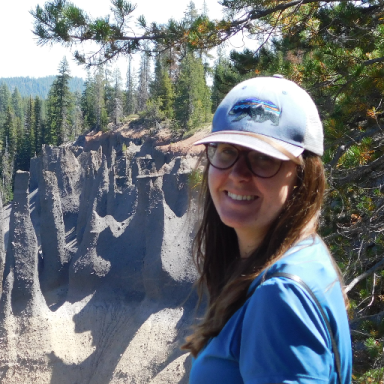 My mother died seven and a half months ago. I might as well start off with that as all my trains of thought either start or end with her death, anyway. She died in March, when spring was just peeking through the window blinds. There were days of sun and days of rain. From our front stoop she watched the birds return and start pecking amongst the blades of young, bright green grass. She helped us plant flower bulbs in the pots, but she didn’t get to see them bloom.

I always knew Oregon’s seasons were special. I came here in 2008 and fell in love with the state. I talked so convincingly of its beauty that my mom moved out here in 2012. About that time I moved away, but I saw she was just as enchanted. It’s been seven years and now I’m back; Falling in love with the state all over again as I also wrestle with more sadness than I’ve ever experienced before. They talk about the cyclical five stages of grief. How it’s a succession, yet, at any stage you may jump ahead or fall backward into a previous stage. It keeps moving and changing. Much like life has continued moving after her death. Much like the seasons come and go year after year.

My grief didn’t begin when she died. It started much earlier, a quiet shock of disbelief took hold when she was diagnosed in June. When I moved back to Oregon to help my mother through her cancer in October, I was numb except for denial, anger, and a gushing wave of stress and anxiety that didn’t loosen its hold on me even during the night. Grief made itself forcibly apparent in November, when we got the results that the chemo and radiation didn’t kill the tumor in her brain. Yes, in November, when, seven months after her diagnosis, the doctor said that she had three months to live: That’s when grief kicked me in the gut. I don’t remember much of last autumn. Our lives were confined to our home, car rides to doctors, and short walks around the block that quickly became shorter and shorter as her strength failed. Autumn 2018 was cold rain and anguish to me.

Winter was better. The harsh edge of depression felt during other seasons is softened under a blanket of white snow. It snowed more in town this winter than in 100 years. Unable to drive anywhere, we gave ourselves to the elements and played in the backyard. The cold powdery snow tasted like our East coast childhood. I laid in the fresh drifts at midnight and with the only sound being the light patter of falling flakes, I breathed out the anger and felt a deep, far away sadness.

Just as grief doesn’t always follow the sequence, neither does the weather. I will always remember the sunny warm days in March that none of us could believe. We went outside, blinking in the light and warmth. Mom still bundled up in winter clothes as she only had a tuft of hair left on her head and weighed under 100 lbs. I’ll remember spending many hours of the day giving in and letting go; our rosy cheeks turned up to the sun. But spring is volatile. It became cold and rainy again as my mother’s body asked for rest.

And so she passed on. And my fragile acceptance that she was dying was shattered. My grief returned intensely as every day I again experienced denial, anger, and sharp sadness. But Oregon’s spring took me in. With each flower bloom, I saw her life force pushing upward. Forcing away the fog from my eyes and brain that had settled in last autumn and shoving gorgeous greens, purples, reds, and blues into my vision. I was stunned. There were more plants and flowers than I had ever remembered seeing before. Every morning walk around in the garden, every drive through the forest, every hike to streams and along mountain ridges made me gasp at what the rain and snow had nourished. In spring I both cried and smiled every day.

In summer I felt like I was flying. Each day was filled with exploration and discovery. We camped all over Oregon and I felt my mother with me, giddy with the adventure of nature that she loved so much. Time flew as we picked, fished, canned, foraged, and marveled at what the land was offering us. Oregon summer lifted me up like a child on a carnival ride and I thought, maybe, I was healed.

But then the magic slowed. The grass turned brown and there were fewer flowers every day. I tried to ride the slowing wave of late summer for as long as I could with fires in the backyard and late harvesting. The forests of Oregon were on fire with vibrant reds, yellows, and orange and my heart was warmed. Then the leaves fell, we approached late autumn and my mind began to wander to last year’s state of affairs. I retreated inside and let the memories of the horrible illness push their way through. I grew scared of autumn and as I if I needed to be reminded, everyone began to check in again: How I was going to deal with these months of birthdays, holidays, and anniversaries without her?

And that’s ok. I’m embracing this kinetic wave of grief just as we must accept the changing of seasons. Instead of being scared of autumn and winter, I’m trying to lean into it. Embrace the slow-down after summer. Recognize that just as the Earth needs this time to rest and replenish after a summer of productive flowering, so must we take the time to breathe deeply and nourish our souls before a new spring. It’s started raining again in Oregon. This time I see the green grass return along with late flower and mushroom blooms. In Oregon, autumn is just as colorful as spring.