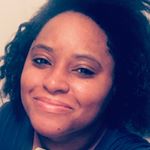 Look, far be it for me to write something positive – or really, anything at all involving a Kardashian. And it’s not because I’m a professional hater of their family. More, admittedly I’m a reluctant fan of their brand.

In truth, I own a cheetah print shirt from when they styled clothing for Sears. I tried the Sugar Bear vitamins that Khloe Kardashian pushed, to disastrous results to my hair. I sometimes subscribed to their apps (now defunct). Other than that, I’m not much of a Kardashian brand pusher. (Although as I write these words, I’m starting to rethink my stance).

I do watch their show, pretty religiously. It’s a great escape from my own mostly mundane life: money woes, no love life, weight issues, etc. etc. You know, the norm.

It’s nice to get lost in WTF does Scott Disick do for a living? Why does Khole give so much of herself in relationships to men who aren’t her husband? Did Kim shame her sister for being a stay-at-home mom? Yadda yadda yadda.

Even though I’m not an avid hater of the Kardashian’s, I am, however, quite annoyed with their culture appropriation, in particular, stealing from black women, while attributing no credit, nor correcting fashion brands that give them credit for trends they did not create (i.e., cornrolls, curvier figure, full lips, to name a few).

I cannot ignore that it’s quite irritating that Kardashian managed to turn a sex tape into a very successful business venture (s); knowing a woman of color would have been chastised, jailed, and demoralized for similar behavior. [See – Hugh Grant and Divine Brown]. Alexis Dent, in a Marie Claire article, credits the Kardashian family with the ability to “monetize controversy,” and I agree, whether it’s on the back of black culture or not.

That said, I’m not here to just trash talk. I’m here to give credit where credit is due.

In a feature in Vogue magazine, we learn Kardashian is studying to take the bar exam. Currently, she is in a four-year law apprenticeship. Kim has long supported political causes like gun control and criminal justice reform. And she has worked with political activist, Van Jones, and attorney Jessica Jackson, co-founders of #cut50 to secure the freedom of Alice Marie Johnson.

In Rolling Stone magazine, they mention a tweet Kim had sent out after the release of Johnson, “It started with Ms. Alice, but looking at her and seeing the faces and learning the stories of the men and women I’ve met inside prisons I knew I couldn’t stop at just one.”

Kardashian, a multi-millionaire, could easily immerse herself in her fortune and family, and not give two cents about the lives of others, especially black lives. Instead, Kardashian has risen above her needs. I agree with Jonathan Van Meter, of Vogue, it’s like a Legally Blonde, Elle Woods moment. Although to be fair, Kardashians’ advocacy is far greater.

But bear with me –

Elle Woods reason for going to law school was to win her boyfriend back by showing him what a good intelligent, pretty wife she could be. Over time, from integrating with others on campus and in the community, her goals branched from selfishness to selflessness. Kim certainly could live her life like Elle Woods, in the beginning. Focused on marriage and security only. I assume, however, from already interacting with several high stakeholders in political and business circles that she couldn’t just ignore cases like Johnson. That’s a mark of a person with a moral character.

I have no idea if Kardashian was ever a selfish person, but I see she is a selfless person. It’s not easy to be a celebrity and political, in particular, choosing to side with a black woman convicted of a drug offense; not to mention, putting political opinions aside about President Trump, on behalf of advocating for someone else; especially in these ideological times where talking to the other side is a sign of treason. Well, I have no choice but to give Kardashian props.

Even more, props for not stopping at one victory, and choosing to continue to advocate for those who otherwise are voiceless against a decades system stacked against them. Kudos to Kardashian for being our real-life Elle Woods. I hope more celebrities follow in your lead, being unafraid to tackle difficult causes for the greater good.

I swear, things like this, make it difficult for me to hate on you.

Fulton is a freelance writer who covers politics and pop culture. Her writings have appeared in The Hill, The Grio, ...

30 Escapist Reads To Distract You From Your Real Problems