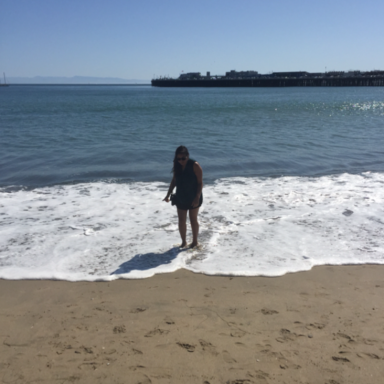 She repeats every mistake she’s ever made.
Over and over again. She doesn’t intend to.
She doesn’t want be labeled one of those ‘crazy girls’,
the ones who can’t leave the past in the past.
The past can refer to something just 5 minutes ago.
It sort of just happens.

She places the blame on herself, more than she’d like to.
Every fight, she blames herself.
She replays the details. Over and over again.
Wondering if she could have done things differently.
She has a tendency to be a bit self-centered.
She blames herself. Not the outside world. Always.

You’ll see it as she frantically re-reads a work email sent,
Double checking. Triple checking. No mistakes were made.
As she replays the mistake she made weeks ago,
asking if you think everyone still remembers.
If people are laughing behind closed doors.

You’ll see it as she sometimes runs.
Convinced she’s just too much.

She’s an overthinker. Million thoughts always floating above.
It’s always been this way.
Baby, she can’t stop. This is who she is.

When You Fall In Love With Yourself, You Become Limitless

Your Anxiety Doesn’t Mean You Don’t Care, It Means You Care Too Much