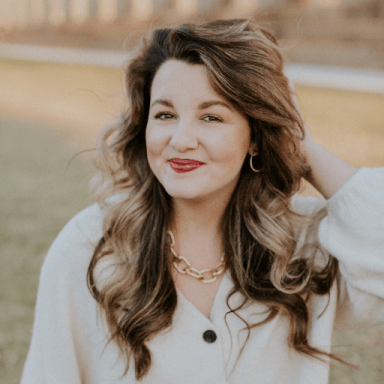 I remember what it felt like to be loved by you, even though we never uttered the word. We never really had a chance in hell to figure it all out. Isn’t that funny?

Sometimes I think the realest loves don’t have labels. They sort of feel like a fever dream; you find yourself questioning if they actually happened or if you imagined it all.

I think you met my parents, too? I know that they liked you. My mom begged me to invite you to Thanksgiving after she found out you weren’t able to go home, but I was too scared.

Then there was another date. One that I’ve blocked out, haunted by the memory of drinks too strong and me sprinting to a car in an attempt to avoid having to say anything else.

We played cat and mouse. You had a girlfriend, then I had a boyfriend, and then there was graduation.

I flew a thousand miles away and you were the first to call. We sat on the phone for hours, pretending nothing had changed. I’m still convinced that nothing had. Remember when you asked me to visit? I do, and I also remember finding out you had a girlfriend at the same time.

Somehow, we couldn’t escape each other. Remember the wedding we both agreed we wouldn’t bring dates to? There was too much whisky and too little talking. I caught the bouquet and kissed you. Then I left town before you had a chance to ask any questions. I made a pattern of that, skipping out before the final act.

As these things go, it was your turn to leave. I promised I’d visit and never did. We gave it a good run, though, until the phone calls from airport floors and Instagram messages from different continents faded away. A blank Valentine’s Day card still sits on my desk. I probably should have sent it, but I’m sure you’ve gathered that I lack the follow through.

You came back and I kissed you again. It feels a bit like a fog, how it all turned out, with my sister witnessing it all and you running out my front door. Goodness, one of us was always running, weren’t we?

I think that was it. That was the last straw. We pushed each other so far and ran so damn fast.

I wonder if the photo from that Saturday still shows up on your parent’s computer. It’s one of my favorites, your silly cowboy hat and my nervous smile, two kids who had no idea what the next six years would hold.

Your face showed up in my notifications last week and every single moment swarmed my mind. I reached out and told you I missed you, said I hoped you were doing well.

The response was kind but clear. I guess it’s your turn to be the one who doesn’t need me.

It’s your turn to run.

Six years filled with tangled webs and phones ringing on different continents. It’s bittersweet to think of the Christmas gifts and letters postmarked from the places I wish I had been.

Six years have gone by and I’m still convinced the sweetest loves, at least for me, didn’t even stand a chance.