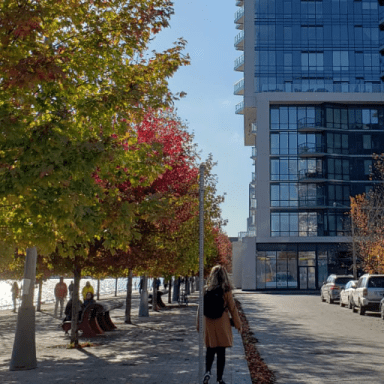 Back before the days of quarantine, social distancing, and facial coverings, if you can remember such a time (I certainly cannot), when I was roughly in the 6th grade, I hated this boy in my class. He was so strange—to me, anyway, as an awkward 11 year old myself. He had a list of food allergies longer than my arm and would often fall asleep in class, but his most annoying quirk to me was the fact that he made his lunchtime juice boxes into paper airplanes during recess and pretended that he could fly them by running around the classroom with it in his hand all afternoon. He would also then proceed to chew on the straw for the remainder of the day. This took place every single day in the two years that I knew him. The whole thing drove me insane and would often lead to arguments between us, with me begging him to stop chewing on his straws.

With hindsight, I now assume that everyone in our class inevitably grew tired of hearing our daily arguments and, as a result, one day, our homeroom teacher decided to force us to sit together for the entire day and placed a cardboard divider to separate the two desks. She then had us stare at a poster and take turns telling her and each other what color we saw.

I went first. The poster was clearly black, and I felt ridiculous even having to explain what I saw. To my surprise, when it was the boy’s turn, he said that he saw white and proceeded to describe what he saw. I asked myself whether he was colorblind (or whether I, in fact, was), and it even got to the point where I thought that something was wrong with me as we heatedly debated back and forth on the color of this poster.

Eventually, our teacher lifted the cardboard divider between our desks, and to my absolute shock and surprise, his side was indeed white (he was equally as surprised about my side), showing us that we were in fact both right. We were looking at the same poster in a different perspective and therefore saw two different things.

This exercise taught me that just because somebody sees something differently, whether that be a blue or gold dress, or a duck or rabbit drawing, it does not mean that they are wrong. Coincidentally, I recently heard somebody explain that we are all very focused on telling our own truth (which is also important) that we end up forgetting to listen to other people’s truths too. We can only really learn and grow by listening and considering other perspectives and then explaining our own.

I am hoping to one day find myself with a future opportunity to debate on what I see in front of me, but more importantly, I am hoping to have another chance to listen and learn from both sides of the “poster” instead of feverishly trying to prove my own point.

I find humour in my dramas