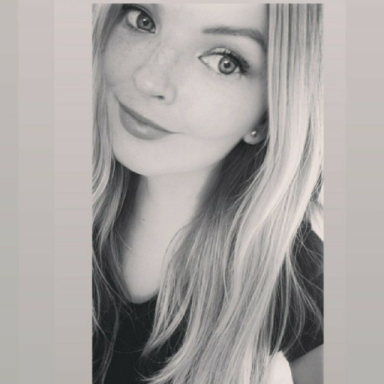 The long-awaited golden sunshine swept its warmth over me, making me forget the promise of later rain. It was always like this at the beginning of London summer—we all turned into dreamers with a rich imagination. I was the flaxen-haired, doe-eyed, restless 20-year-old getting lost in her grand plans. As a freethinker, I was so lost in my prescribed exemplary path to success that I thought I could reinvent myself into a more candid and unique personality by doing something spontaneous.

I turned down summer internship of a lifetime in New York, followed by volunteering in Africa, only to replace them both with a sudden one-way flight to Mumbai, India. I ignored the cool prickle on my skin as I thought about a leap of faith having more magnetism at work than carefully implemented plans. Much like myself, my travel partner and second-year university friend, Duncan, walked out of once-in-a-lifetime corporate internship and was now occupied with an enigmatic Bollywood in-flight movie as London slowly disappeared into distant clotted clouds. Thoughts and possibilities stirred fast through my mind, unfamiliar and difficult to catch, like something unusual was about to happen.

As the night closed in, we landed in humid Mumbai. We picked up our bags and sat in the plastic chairs in the arrivals hall staring outside. Outside the arrivals, crowds of people were lining up and standing still, some pressing their faces tightly against the steamy glass doors. There had been a downpour of monsoon rain and the entry hall started to flood with brown water. When the water reached our knees, Duncan peeled himself off the plastic chair and picked up a mop and a bucket that was left by the concrete wall.

“I think it’s time to head out of here.” I motioned outside, watching the surreal sight of him mopping the floor in India in the middle of the night.

“Where to?” the taxi driver said in perfect English as he hurried us to his car, pushing the crowds away as the gust of strong wind blew us forward. I pointed at a page in my pocket travel guide with a random hotel.

Surrounded by blackened clouds, we were driving on the unsealed road through humidity and smog. In the heart of monsoon season, there was no scenery of steep mountains shimmering in the distance, flat colorful fields with grains, or lush plantations. The rain started to pour down, and it was nothing like the London gentle pitter-patter we had left behind. The bursts of high-speed winds nudged me from the comfort of the backseat of a taxi to prove I was on a different continent.

Stepping into the vast marble Taj Mahal Hotel lobby with our backpacks on our shoulders, we considered our only option. A bulky rose pink velvety couch underneath a golden floor lamp looked inviting, and without saying a word, we sank into it. I looked over at the reception area and no one seemed to care that we were claiming the couch for the rest of the night.

As we walked outside in the morning, it felt like the same relentless crowd from the airport was waiting for us again. Women carrying small children, young boys and girls, and elderly men all tried to touch my mousy blonde hair, their voices relentless, whispering words into my ear. I was confused whether they were mocking or praising us, but whatever it was, it had a weighty, heartache-y meaning. They were taunting us with their very existence, basic discomforts of life we complained about vanishing into thin air.

We braved away from the crowds and walked on the uneven concrete, where rubble littered the walkway.

My mouth felt dry and I was trying to control my shallow breathing when we entered a small empty restaurant.

I had imagined eating foods that were rich with complex flavors, but we ordered plain chips and bottled water. A lurch in my stomach didn’t help to contain my feelings of distress and heartache rolled into one. With my trembling hands, I managed to eat a little, and my heart palpitations eased. Sitting under vinegary-pungent steam while faulty lights flickered, nobody paying attention to us, similar feel to any London greasy spoon, I momentarily forgave myself for feeling so pathetic.

We ate in long silence before swallowing our traveller’s pride and hatched a quick plan to give up and leave. There’d be less pressure about flying to Thailand and carrying on with our travels, even if it meant maxing out our credit cards.

The palm trees swayed from the harsh wind as we walked back to Taj Mahal Hotel. My guilt was still tripping me. I started to grasp into the discomfort like it was fleeting fragile fairy dust, a fear being a teacher leading you home. Looking at the postcard stand in the Taj Mahal Hotel lobby, it occurred to me that Mumbai had an abundance of a different kind. A tourist doesn’t come here to embrace the postcard paradise but to find something much more meaningful—what goes on inside you is valuable than what goes on outside. What threw me off guard was that I wasn’t ready for it. I wasn’t ready to reveal myself. I was so flustered that after picking a few postcards, I scattered them on the floor, and when I bent down to pick them up, I considered staying there. Luckily, I had a friend with me who offered his hand to lift me and drag me out of there.

Travel can animate us. It can make us undergo revolutionary changes even if the journey turns out to be a disconcerting joyride stopping on its tracks at the beginning due to our blissful naivety. We can always change the narrative by looking deeper into why we made certain decisions—there is no shame in being openly vulnerable. You are regenerating back into being the real you. And now, looking back more than 20 years later, the disquieting journey looks surprisingly cathartic and revealing. It candidly revealed immediate culture shock and what it was like living with youthful insecurities. Our questionable decisions can lead us to extrapolate momentarily and question our place in the world, but that is all part of us morphing into who we are. Oftentimes, our best memories come from the times when we are generous enough to bare our souls, even if it is to admit failure.

Inspirational writer and author of Rewrite the Stars