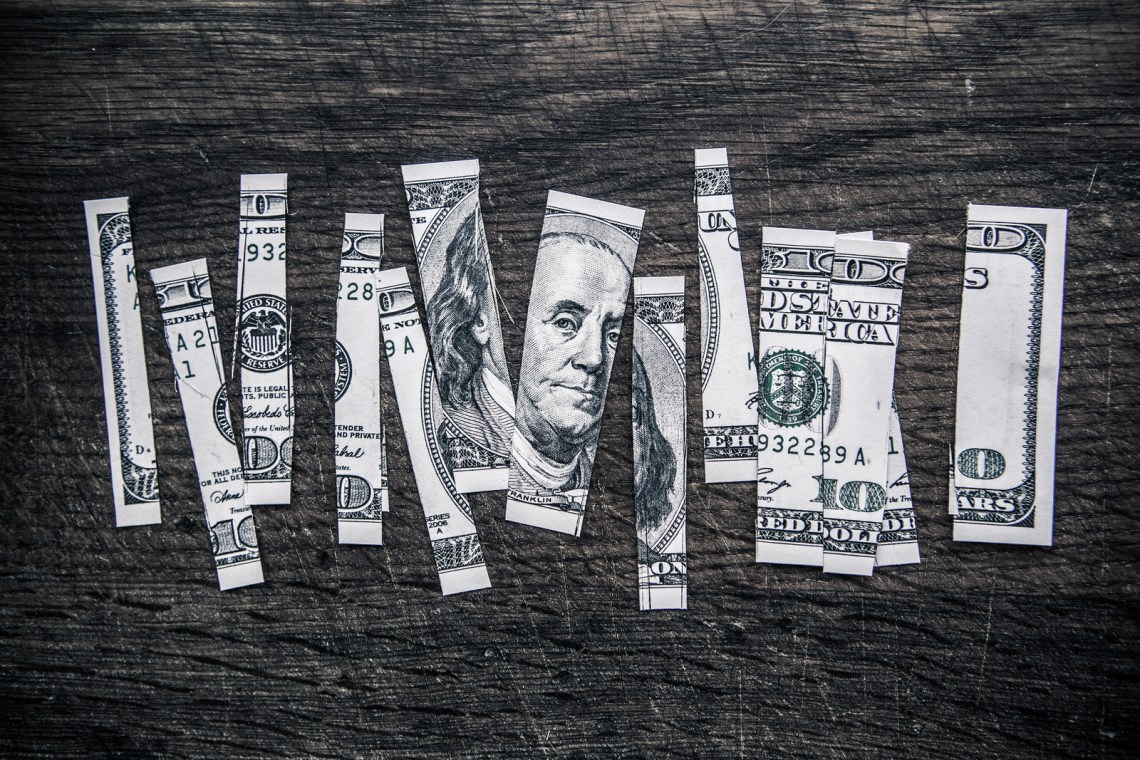 How the radical, transnational terrorist group known as the Islamic State (IS), the Islamic State of Iraq and the Levant (ISIL) and the Islamic State of Iraq and Syria (ISIS) came to be could fill a series of very thick, very unread books. It’s enough to know that portions of it began as al-Qaeda in Iraq, that it split from al-Qaeda in February 2014 and that it moved into Syria, gained access to the weapons and radicalized insurgents there and began acquiring oil lands and Iraqi territory like they were both going out of style. Over the summer, Iraqi troops ran from the IS and allowed the much smaller force to conquer Mosul because the Iraqis didn’t feel like dying for their government.

And now President Obama would like to use $5.6 billion to persuade them otherwise. That, and 1,500 American soldiers.

In late September, the President used the 1973 War Powers Act to order air strikes against IS without asking for Congressional approval. Considering that Obama couldn’t get Congressional approval for so much as a haircut these days, the move was unsurprising. But if the President wants to double the American soldiers stationed in Iraq in order to eradicate a force his own administration says may take years to defeat, he’ll need money and the consent of the Republican majority.

Not that his own party is totally convinced that $5 billion more will fix anything. As Democratic House member Barbara Lee told U.S. News,

“Many national security experts have clearly stated that there is no military solution to ISIS. We must ensure that a robust regionally-led, political, diplomatic and economic strategy is central to any effort to any strategy to degrade and dismantle ISIS.”

Such a statement advocates a more nuanced approach to war than the one that gave birth to IS in the first place. But truthfully, whether Obama gets the $5.6 billion or not, it will hardly make a difference to the already staggering cost of America’s wars in the Middle East.

America Has Spent $2 Trillion in Iraq and Afghanistan

In March 2013, the Harvard University Kennedy School of Government issued a report on the costs of America’s wars in Iraq and Afghanistan. Presently, these conflicts, which America has been fighting for over a decade, have totaled approximately $2 trillion in war debt.

These operations were implemented under the umbrella of America’s Global War on Terror. In 2006, President George W. Bush would tell CNBC that the war on terror was nothing less than “the first counter-attack to World War III.”

That counter-attack, or World War III, continues through the present day, twelve years after the first and only attack on America’s home soil since the turn of the century. In that time, America has financed its $2 trillion war mainly by borrowing from foreign lenders. It has in fact only paid $260 billion of that so far, which is merely the interest accrued on our debt.

Yet the ultimate costs of America’s wars in the Middle East will accumulate long after they have officially ended. Medical care and disability benefits will be due to their veterans for a generation to come, damaged equipment will need to be replaced, and Obama has promised to build a “Strategic Partnership” with Afghanistan. This will likely include American management of its police and military forces.

All told, Harvard calculates that the price tag for these conflicts will double and potentially triple. That means $4 trillion at its most conservative and $6 trillion at its highest.

Putting This in Perspective: Past Wars

When we approach these numbers, their sheer size makes them difficult to comprehend. The best way to illustrate America’s vast military expenditures is by comparing its present to its former wars.

In the fiscal year 2011, the Iraq and Afghan wars had cost the U.S. $1.15 trillion. At the time, only World War II had been more expensive, totaling $4.10 trillion in expenditures (adjusted for inflation). Comparatively, Vietnam totaled $738 billion and the first Gulf War $102 billion.

The Iraq and Afghan wars have also been fought by one of the smallest militaries in American history. Over 16 million people served in theaters of war or in support roles during World War II. Vietnam and Korea had over 8 million and 5 million in active service respectively. The first Gulf War had 2.2 million people in active service.

America’s current wars are served by about 2.1 million people. Nevertheless, the protracted length of the wars, combined with the breakdown and transport of military equipment in harsh desert environments, have contributed to higher costs. On the personnel side, the Harvard report states that military pay and benefits have increased since 2004 to counter declining recruitment in the face of the war’s rising casualties.

Putting This in Perspective: Total Budget vs. the World

The United States treasury divides annual spending into three groups: Mandatory, Discretionary and Interest on Debt. Interest paid on the federal debt comprises about six percent of the annual budget. Mandatory Spending (about 64 percent of the budget) includes earned-benefit programs such as SNAP (food stamps) and Social Security. This spending is determined by eligibility and cannot be altered by Congress. On the other hand, Discretionary Spending (about 30 percent of the budget) is decided by Congress directly.

For the fiscal year 2014, President Obama allotted 57 percent of the $1.15 trillion Discretionary Spending budget to go towards the military. Six percent is allotted for Veterans’ Benefits, six percent for Education, three percent to International Affairs, and so on in progressively smaller pieces of the pie.

Though the military receives over half of the United States’ Discretionary Spending budget, it in no way covers the ballooning costs of its current wars. This is despite the fact that defense spending in general has ballooned continuously since September 11 (in truth, America’s defense budget has been incrementally increasing since the start of the Cold War). America’s Defense budget grew from $287 billion in 2001 to $645.7 billion in 2013.

These fractions of America’s discretionary spending dwarf the total national budgets of both Afghanistan and Iraq, though the combatants American troops are facing in these countries are largely insurgent forces with even less capital to spend on weapons and soldiers. These are America’s only nominal “enemies,” and yet America’s defense budget continues to grow.

Putting This in Perspective: What We’re Paying For

When Donald Rumsfeld was serving as the Secretary of Defense for the Bush administration, he said that the military would be in and out of Iraq in four months. He told the press, “I don’t do quagmires.”

Bush’s Senior Economic Advisor, Lawrence Lindsey, told the Wall Street Journal that the war would cost no more than $200 billion. Both he and Treasury Secretary Paul O’Neill were forced to resign in 2002. According to Republican Strategist Scott Reed, “They didn’t send a message that we knew where we were going, we knew what we were doing.”

Years after the fact, many Americans still don’t know why we entered Iraq or what we are still doing there. We will be paying for this confusion for decades, a debt compounded by a series of poor choices by the federal government. Tax cuts for the wealthy, overseen by the Bush administration, stripped revenue from the federal budget; to fund the war, over thirty emergency bills were passed in the last decade to override its regular spending caps; and 2 million Iraqi refugees are stranded in Syria and now embroiled in its civil war. Will the United States return them to their liberated nation once it has spent just $5.6 billion more to clear out the new enemies within its borders?

Compounding this debt is the staggering price paid by and for the men and women who have fought in these wars. According to the Harvard report, about 1.56 million American soldiers are currently receiving medical treatment, over fifty percent Iraq and Afghan veterans. One-third of them suffer from mental health issues, including depression and post-traumatic stress disorder, and many will for the rest of their lives. Harvard estimates that, in addition to our current war debt, these disability benefits will cost $836 billion in the coming decades.

And yet every tank, round of munition, boot on the ground, drone, vehicle and death fails to justify two wars fought for too long with too much borrowed money.

There is no way to fix this problem. All we can do is pay for it.

A version of this post originally appeared at Nation of Change.

Here’s What You Need To Know About The 1,500 Additional Troops President Obama Is Sending To Iraq