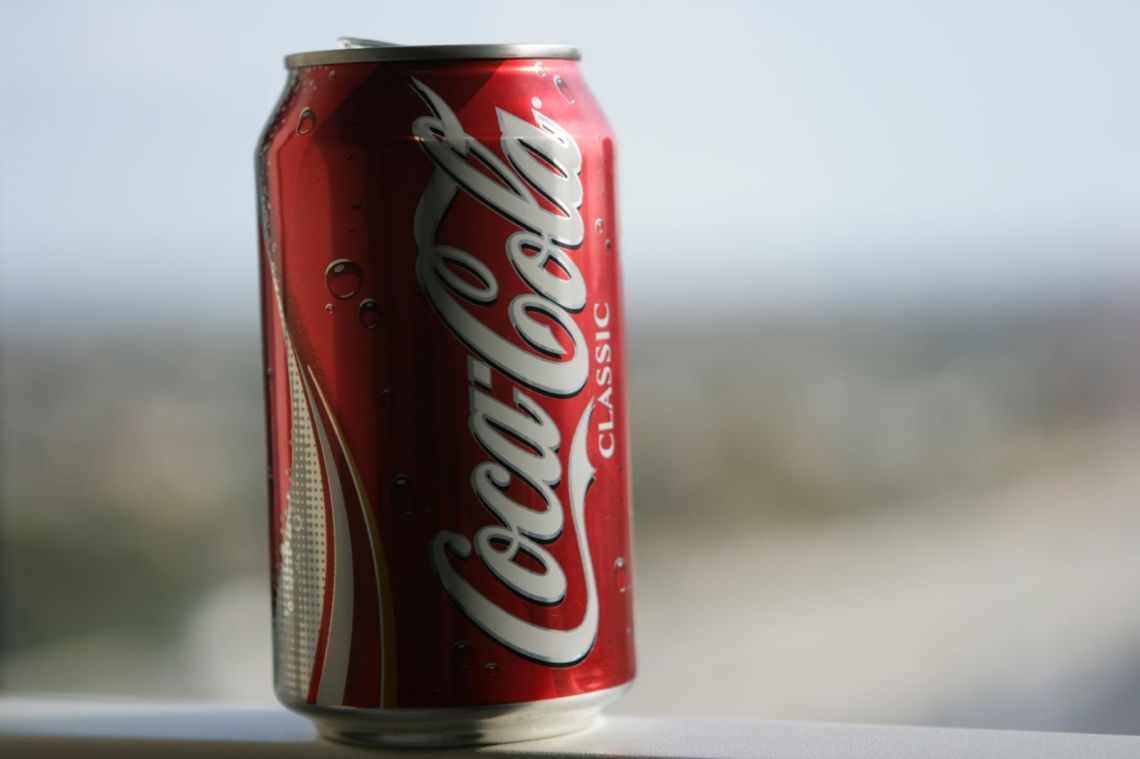 In progressive news sources, the Koch brothers feature prominently as the conjoined boogeymen of democracy. Harry Reid has publicly lambasted them on the floor of the Senate for their “un-American” attempts to rig the political system in their favor and inculcate the Republican party with their “radical agenda.”

And to Senator Reid, “it is radical, at least from the middle-class perspective.”

That’s because the Koch (pronounced “Cōke”) brothers, specifically Charles and David, occupy the topmost tier of the one percent, making them thoroughly juicy targets for class warriors fed up with government kowtowing to big business. As Rolling Stone so eloquently put it, “If the Koch brothers didn’t exist, the left would have to invent them. They’re the plutocrats from central casting.”

As for Senator Reid’s patriotic invective, can the Kochs really be so nefarious? That’s a question worth answering because, statistically, the majority of Americans have no idea who they are. A recent George Washington University survey of 1,000 likely voters discovered that 52 percent of them had never heard of Charles or David Koch. For years even David used to joke that Koch Industries was “the biggest company you’ve never heard of.”

So, who are the Koch brothers and what do they do?

The Kochs Are Two of the Richest Men in America, and the World

Forbes’ most recent listing of the world’s billionaires places Charles and David Koch at the third and fourth richest in America, sixth and seventh in the world. They hold a combined fortune of $82 billion.

The Kochs Own the Second Largest Private Company in America

In 2013, Koch Industries generated $115 billion in annual revenue with an estimated pretax profit margin of 10 percent. It is the second largest private company in America, after Cargill, 84 percent of which is owned by brothers Charles and David.

The company was founded by Fred Koch and bequeathed to his eldest son, Charles, upon his death in 1967. Today, Charles remains the Chief Executive of Koch Industries with his brother serving as the Vice-President.

Through its subsidiaries, the company is involved in several wide-ranging industries, including oil and gas, refining and chemicals, polymers and fibers, consumer products, minerals, fertilizers, forestry, and ranching. Selected subsidiaries:

Koch Industries has operations in 45 states and a presence in 60 countries around the world. It employs approximately 60,000 men and women and has no centralized pay scale. Under the Kochs’ trademarked “Market Based Management,” workers are rewarded according to their efficiency and real value to the company. The company has no net debt.

The Kochs Are Libertarians

The brothers’ father, Fred Koch, studied chemical engineering at MIT and developed a more efficient oil refining process that was a boon to smaller oil companies. The majors in the industry quickly filed lawsuits against him, 44 in all, all of which the Koch patriarch won – eventually (one ruling against him was overturned when it was discovered the judge had been bribed).

In the 1930s, Fred Koch fled the hostile climate in the U.S. for the Soviet Union. There he grew wealthy building refineries for Josef Stalin. He returned to the United States after Stalin’s purges had claimed the lives of his associates, disgusted with Communism and suspicious of government in general. He was an early supporter of the John Birch Society, a political advocacy group that opposes Communism and seeks limited government and a return to Constitutional principles.

Charles and David Koch are their father’s sons, subscribing to the belief that “the government which governs best governs least.” They have also been greatly influenced by Friedrich von Hayek, whose 1944 book, “The Road to Serfdom,” argues that centralized government planning ultimately leads to totalitarianism.

Charles explains his libertarianism in an interview with Forbes’ Daniel Fisher: “The goal has always been true democracy,” where people “can run their own lives and choose what they want to buy, choose how to spend their money…. Now in our democracy you elect somebody every two to four years and they tell you how to run your life.”

Though the Kochs are commonly tied to the conservative movement because of their almost unanimous bankrolling of Republican politicians, their long-term goal has always been a reduction of government. David Koch’s support of gay marriage, his opposition to the war on drugs, and his multi-million dollar donations to New York’s fine arts are three prime examples of counter-conservatism.

But conservatives, and the GOP, have their uses.

The Koch brothers’ vast network of idealogical and monetary influence is pejoratively nicknamed the “Kochtopus,” with the implication that it has its tentacles in everything. This is not strictly true, but what money can be traced back to the Kochs can be found in a broad swath of advocacy groups, think tanks and political organizations, many of which are dedicated to blockading the Obama administration, most of which intend to loosen regulations on the Kochs’ vested industries.

For instance, Koch Industries is currently the fourteenth largest air polluter in the country. The company has chosen to fight against environmental regulation both directly and indirectly: Greenpeace claims that between 2005 and 2008, Koch outspent ExxonMobil to fight climate-related legislation while channeling $67 million into climate-denial front groups.

In 2011, the House Energy and Commerce Committee found common ground with Koch Industries and made it a stated goal to scale back the power of the Environmental Protection Agency. This committee included 31 Republicans, 22 of which had received campaign contributions from the Kochs (total donations amounted to $279,500). Of the committee’s Democrats, five of them had also received Koch donations (totaling $32,000).

The committee was chaired by Representative Fred Upton (R-MI), who in 2009 said, “Climate change is a serious problem that necessitates serious solutions.” One year and $20,000 of Koch donations later, Upton promised to end the “EPA chokehold” on carbon emissions.

In 2010, the Kochs’ main advocacy group, Americans for Prosperity, spent $45 million on the mid-term elections. That year, 62 of the 87 incoming House Republicans benefited from donations made by the Koch Industries’ Public Action Committee. David Koch personally attended the swearing-in ceremony of John Boehner, the Republican Speaker of the House.

In the lead-up to the 2014 midterms, Koch-backed organizations have already donated between $25 million and $30 million to Republican campaigns.

Representative Henry Waxman, a Democrat, wasn’t afraid to voice his feelings on the subject:

“It apparently no longer matters in Congress what health experts and scientists think [on energy]. All that seems to matter is what Koch Industries thinks…. It can be argued, however, that the Republican members of Congress in general are also wholly owned subsidiaries of Koch Industries.”

The Tea Party has also benefited from Koch largesse, though not always to their knowledge. Americans for Prosperity (AFP) has helped to fund Tea Party rallies and educate its members on policy since the beginning of the movement.

In early 2009, AFP denied links to the Koch brothers and Koch Industries. Melissa Cohlmia, a spokesperson for the company, said that AFP “is an independent organization and Koch companies do not in any way direct their activities.”

However, Peggy Venable, a member of AFP, was much more forthcoming, saying, “David’s the chairman of our board. I’ve certainly met with [the Kochs] and I’m very appreciative of what they do.”

And David Koch has every reason to be on the board. AFP is an arm of the Americans for Prosperity Foundation, itself an arm of Citizens for a Sound Economy, which split into two organizations (FreedomWorks and the AFPF) in 2004. David Koch created Citizens for a Sound Economy in the 1980s after a failed bid for the White House on the Libertarian ticket.

After the bid, Charles Koch said that politics “tends to be a nasty, corrupting business.” He was more “interested in advancing libertarian ideas.”

The AFP is the most active organization dedicated to advancing libertarian ideas and IRS documents prove that David Koch donated $850,000 to the organization in its first year of filing.

Who Are the Koch Brothers?

The answer is mundane. Though they have spent “at least $85 million on 85 right-wing think tanks and advocacy groups over the last decade and a half” and helped to write the script Republican and Tea Party politicians have followed for years, the Koch brothers are not boogeymen or even the psychopomps of the radical right. The answer is much plainer and much simpler: They’re businessmen with a lot of names on their payroll.

What The GOP House Bill Means For Americans in Trump-States