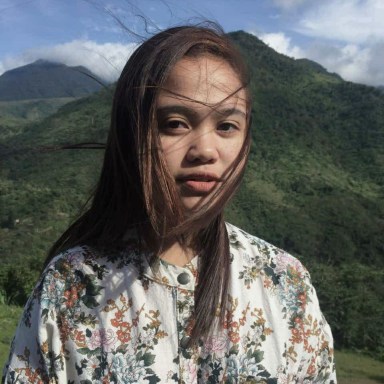 A few months ago, I’ve met someone I instantly had “chemistry” with. Someone I felt connected to so effortlessly. And a few months ago, I never thought I’d want to get over him. I was pretty sure he was my soulmate. Every time we got together, I was so amazed by how alike we were in many ways — the way we think, the way we laugh, the way we love.

At first, I didn’t want to acknowledge the possibility of being in love with him not because he wasn’t attractive nor kind but because he was like me. The fact that we were alike in so many ways started to scare me because I knew I had a difficulty of keeping people I love. I knew I had the tendency to leave before love could even break me. And with him, I didn’t want to mess it up so I decided to keep it casual. I just said to myself, “I’ve been here before, I can do this.”

But as time went by, I realized that I had already broken my walls down. I let him inside. I let him see the real me. And with every flaw that I have, he embraced me. That’s when I felt something real inside my chest which scared me even more. I initially wanted to run away from it. I didn’t want to complicate things. I wanted to just shovel it down and bury the feeling to the ground but the more I tried to let it go, the more he made me hold onto it.

When I finally took the risk, I found myself riding through a journey I didn’t know where was going. The ride was smooth, fast and with every beat of my heart, I felt so alive. I didn’t feel pain until we crashed.

We crashed so hard that I didn’t know how to get up.

I did take the risk not because he asked me to but because I simply loved him. And I believed at some point that he did love me too.

I guess I wasn’t just prepared of losing him along the way. I guess I believed in chemistry so much that I already forgot we were still capable of changing. And I’d be lying if I say it doesn’t hurt anymore because it still does. Yet I know someday I’m going to heal completely. Someday every wound that I’ve got will be scars that will remind me how I got through it so bravely. By then, we can forgive each other for the persons we did not become and for the love we couldn’t save.

21-year-old researcher from University of the Philippines