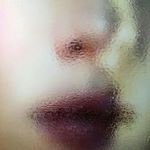 For some, spotting a friend a couple bucks, picking up the tab at the restaurant or covering an Uber cost for friends heading to the bar is something they don’t think twice about. It doesn’t get entered into the mental Excel spreadsheet they have in their head of profits and losses, owing and owed — hell, they may not ever even expect anything in return at all.

Growing up in the “pseudo-middle class” meant that at a young age, I was very cognizant of how money would and could limit me and my life as I attempted to get to the place where I am supposed to be. Now pseudo-middle class is, to me, living the middle class lifestyle but in such severe debt that on paper, you’re lower class. This is in no way a knock to that type of life; my parents wanted to give me everything they possibly could and it came at a price that was too expensive for their children’s wallets. They were in some shitty positions and they had to make some tough calls, but I digress.

When you grow up lower to middle-class, you’re involved in your parent’s conversations about bills, budgets, what you all could afford as a family, strategizing to figure out what extracurricular activity would give us the most bang for our buck, how to buy clothes that fit both me and my sister (four years my junior), why we were the last in our class to have a desktop computer and so on.

My friends didn’t have these conversations. They didn’t know what the word cheap meant or why I would bring the Ziploc bags my mom packed my snacks in back home for her to reuse. So when rappers say they’ve got their money on their mind, I get it, just maybe not in the same way. When I mentioned how I keep mental tabs of everything, you probably assumed I’m constantly aware of who owes me what, but it’s actually the opposite. This self-conscious financial feeling has me hyper aware of what I owe and care less about what people owe me, even though you’d expect the reverse. I moved through my adolescence and teen years as though I was in the closet through highschool; trying my best to hide what we were and couldn’t do — keeping up with the Joneses. Because of that incognito mode, I’d act like I was fine with people owing me money, as though I didn’t even notice I covered the $21.77 tab when we grabbed burgers, Jen!

Thankfully, given my parents sacrifices, I was able to get my degree as well as that modestly paying 9-5 that will hopefully set me up for future financial success in life orrrrr it will be my absolute demise as it seems its goal is to bore me to death while I’m forced to say things like, “Happy Monday!”

You’d think I’d let loose, enjoy things, splurge a bit, ignore the spreadsheet in my head because I can now but no, my past is embedded in me. It’s like no matter how much I make, I always live like I’m just getting by on a part-time job wage. This is a blessing and a curse of course; a curse because I have to live in my head, hearing these thoughts and having this guilt, and a blessing because when you live like you’re poor, you save like the rich.

Just a small town girl, living in an existential state of despair. On the midnight train going to see her therapist.

How A Single Sentence Changed The Way I Looked At Exercising

I Am Struggling To Find My Purpose

5 Things I Never Regretted Spending A Lot Of Money On