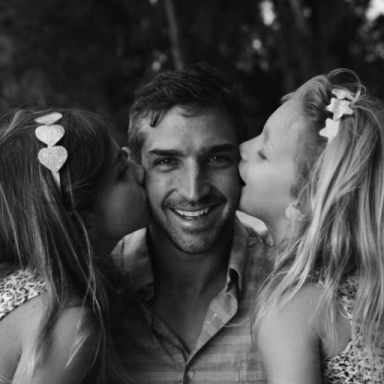 I grew up in the beautiful state of Idaho, near the southern border in the town of Twin Falls. My experience growing up there was heavily influenced by the evangelical Christian church and the predominantly conservative religious social landscape of the surrounding area. When I ventured off after high school, I struggled mightily with how to reconcile the values, beliefs, and lessons I was influenced by with the reality of the outside world. I am not suggesting that Twin Falls is a bad place but simply a town that is very homogeneous in its social and political milieu.

There was a long period of time throughout my early 20s, however, where I was bitterly angry and deeply resentful towards what I was taught (and in part, the town) as I learned that the world was not this awful place full of sinners and people destined for hell. I slowly began to realize that my limited exposure to people and places severely disadvantaged me to the realities of life. I found myself in embarrassing situations and had my eyes opened to how naive I was to the way the outside world operated.

One thing that sticks out to me the most was how judgmental I was, even at a young age. Most of the judgment was passed on to anyone with views that opposed the teachings of scripture and fundamentalist ideals. It didn’t really matter if your religion came from the same ilk, I learned how to find ways to expose how unchristian other “Christians” were.

Religions in general were immediately subject to disapproval. “New Age,” however, was next level. I remember hearing the term being whispered by people in conversations as if it was this sinister type of belief. I condemned yoga (yoga!) and anything that was related to openness of mind. I remember being told by one Sunday school teacher that meditation was part of Satan’s plan to infiltrate my soul. She also told me that babies that die before they can ask Jesus into their heart go to hell. I was nine years old.

This had a devastating impact on me for a long time, but I am not here to put Christianity or any religion on blast—I am simply sharing my very real experiences. What I actually want to talk about is how once I began to ignore all of that and explore what others have been doing for thousands of years, my life started to change.

In January I started meditating after I had heard countless testimonies and experiences of its positive power. It has certainly become very mainstream and even a little trendy in many circles. I wasn’t sure what or how to start, but I knew I needed to find some sort of spiritual practice that resonated with me that would provide real value.

It has been challenging, but what I have experienced has been a deeply profound personal development that I wish I had started sooner. I am not going to divulge everything, because one thing that I have learned from it is the real power of prayer. And prayer is a deeply personal. It took 30+ years for me to understand prayer, despite praying morning, noon, and night during my entire childhood and adolescence. Meditation has become one of my new methods of interceding with my spiritual realm.

I wasn’t sure where to start, so I downloaded a number of apps, read some books and began doing research. One thing led to another, and before you can say “soul Satan,” I was hooked. Since then I have meditated an average for 14 minutes every day and over 30 total hours.

This practice has helped me develop in ways that I was not aware I could grow. What I have gained is a sense of calm, wisdom, discernment, and peace. I’ve learned the importance of breathing, especially when I am in moments that require it and would typically tense up and do the opposite. I’ve learned focus and the benefits of controlling my thoughts rather than letting my thoughts control me. Values like gentleness and patience have become easier, and virtues like strength and leadership more clear.

To hearken back to the religious framework of my childhood, I actually believe the characteristics of the Jesus I grew up learning about reflect a man who spent a great deal of time meditating. I mean, what was that whole sermon on the mount inspired by if not moments of quiet reflection and deep spiritual focus? “Blessed are the peacemakers… blessed are the pure in heart… blessed are the merciful for they shall obtain mercy.” The central tenets of the teachings of Christ rest in the beatitudes and messages recorded in the Gospel of Matthew.

As a father, I want to develop an appreciation and desire for my girls to have some sort of spirituality. I want them to know they can go to a place that is exclusive to them and find solitude, strength, and support within themselves. It doesn’t have to be mediation. If they find that a more conventional form of religion provides that, then I’ll support it, whether that be Mormonism, Protestantism, Islam or “new age.”

Last week, as I was putting them to bed, my daughter Clare started crying because she remembered a girl from her kindergarten class a year ago told her about devils. She was terrified and sobbing uncontrollably despite my best effort to convince her there was no need to worry about devils. No matter what I said, she was convinced that devils were going to get her that night and wouldn’t let me leave for fear of the unknown.

Eventually I asked her to start breathing with me—deep breaths, focusing on good thoughts with each exhale. The sobbing eventually turned to sniffling, and then to calm. She was still scared, but the moment became manageable for her. I would never have thought to guide her that way had I not started my own mediation practice.

Meditation provides a way of learning to let go. We hold on to moments, beliefs, experiences, emotions, and even devils. They influence how we see the world. What happens, though, is that the more life we hold on to, the less life we end up living.

Life can actually be measured in the number of breaths we take, and meditation is all about breathing. In my opinion, the correlation isn’t just coincidence. Our breath is the first thing we are given and the last thing that is taken. I’ve realized now that I get the most value out of the practice that helps me to better understand the ones in between.

My life is a dadventure