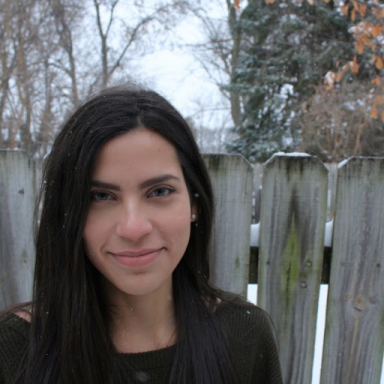 When I found out that I was going to live in France, I became increasingly excited about uncovering the secrets of French fashion and beauty.It was the perfect time to immerse myself in a culture that was so different from my American roots. For years, I had been exposed to the Parisian clichés such as the je-ne-sais-quoi of French women. I had read countless books and articles on French culture, cuisine, and fashion, but I had yet to discover why exactly American women like me were so focused on trying to become more like the French.

1. Simple is better, but you have to work for it

French women are all about the wonders of simplicity. They can rock a simple white t-shirt with high-waisted jeans and call it a day. French fashion insists on cultivating the idea that you can wear classic looks without sacrificing comfort. While you may not witness a French woman wearing athleisure anytime soon, you will notice that their outfit always looks complete.

Choosing monotone colors is the strategy behind most of their outfits. You will always find a mix of gray, black, white, and beige in a Parisian closet, which will not be packed with any fast fashion trends but will rather showcase a few high-quality pieces for each season.

2. It’s not about trends, it’s about personal style

Parisian women wear their classic uniform: a simple tee or blouse, basic pants or a casual skirt, and ballet flats or short heels. During the summer, I noticed women wearing beautiful wrap dresses in dark colors, which was surprising to me after being used to seeing New Englanders walk around in their uniform of shift dresses and white pants. However, I think this does speak to the glamour of Parisian women. They don’t want to get caught up in trends, they want to choose an outfit that doesn’t draw attention to themselves, and they want to do it in a way that feels intuitive and natural.

As someone who has been guilty of following trends that aren’t necessarily flattering for anyone (hello, low-rise jeans and peplum tops), I understood that I needed to find my own uniform that felt like me. I thought that this was unattainable, but I quickly realized that I didn’t need to bother myself with clothing items that I didn’t feel comfortable in. For once, I could just be me.

With the growing trends in skincare routines in the US, Americans seem to have adapted the French ritual of taking care of your skin over applying makeup. That being said, my French friends always wore a little bit of makeup that highlighted their natural beauty. A simple rule of thumb to follow is using concealer for your under eye area or any shadows around your face, some mascara, and voilà! The technique is to look like yourself. The French don’t want to change their faces dramatically with makeup, they want to look like themselves, even if that means letting those boutons (pimples) show.

French women still put a lot of effort into looking casual. They care about presenting themselves to the world in a proper way. In my time in Paris, I never saw a non-French person in workout clothes outside of the gym. One time I even saw a man working out in jeans. When it comes to the tired trope of cool chic, French women just want to be a better reflection of themselves. That means putting in a little effort, putting on a little makeup so that you don’t look tired, and being as carefree as you want without attaching yourself to any extreme—you don’t want to look too “put together”, but you also don’t want to look too casual.

French women don’t want to be effortless, they just want to be themselves, and I, for one, think that’s the best lesson of all.

Freelance editor and avid reader who loves coffee and puppies.