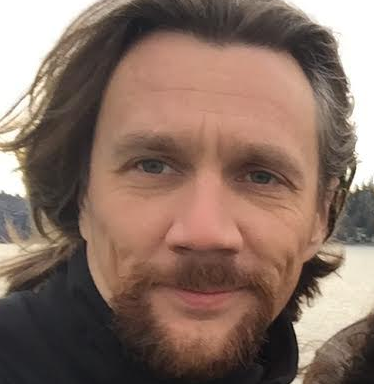 I was fourteen when my best friend went away.

I was silent for a long time after that. “I hear California’s awesome,” I said with a smile. “No snow.”

It was really important to make sure he didn’t see me cry.

“We should make my last day legendary,” David told me with a conspiratorial grin. He hadn’t told anyone else about his departure yet. He was leaving in the middle of February, so people were going to notice that he was gone. “What if everyone thought that Bloody Mary took me away?”

The plan was brilliant. After school, he and I would announce that we would summon the ghost in the mirror, and he’d slip out the window. It was a short reach down to the second-floor balcony, and he would climb onto it, sneak down the stairs, and walk home. I would come out and announce that Bloody Mary had taken him into the Other World, and no one would ever see him again.

We all have to leave sometime. Once we accept that, we can control the method.

There were at least two dozen people who gathered around the bathroom on that Friday after class. No one had attempted to summon the ghost since Jimmy Fischer tried in the fifth grade, then went home early because he peed in his pants.

David and I were barely able to contain our smirks as we went into the bathroom alone.

“You know, we should at least try it,” I explained. “That way, we won’t be lying when we say we attempted to ‘bring forth the ghost.’” I said the last four words with mock drama.

I boldly stood in front of the mirror. He tentatively stood next to me.

We stared into our reflections. We blinked. So did they.

We both let out a sigh of relief.

A hitch of sadness rose in my throat. “Yeah,” was all I could say.

He put one leg up on the sink, and one on the open window, before offering me a last goodbye. “See ya,” he said with a smile.

He looked down and shifted his weight in order to position himself for the window escape. He was halfway out when I decided that I couldn’t resist.

“Boo!” I shouted at him as I jumped forward.

His eyes shot up immediately and betrayed a moment of terror.

Honestly, I hadn’t meant to make him slip.

David fell through the window and out of sight before I could react.

‘Oh great,’ I thought, ‘now we’ll have to deal with a twisted ankle. This will ruin the whole prank.’

I walked over to the window and peaked my head through.

David’s head was impaled, sideways, on a metal pole that had once been part of a chain-link fence. He must have fallen fifteen feet. It ran temple to temple. The top of the pole was coated in blood, and the tip of it had brain goop resting on it. His legs were twitching like he was running in place, but the pole held him firm. It wiggled as his legs danced.

His eyes darted around wildly as his jaw flapped open and shut, but he was already dead.

I think that Bloody Mary really did get us in the end.

At least, that’s what I told everyone. I said that David got spooked at what he saw after the incantation, and jumped out the window.

And I see David’s killer every time I look in the mirror.

Pat is a thirty-something native Angeleno.